On February 8, 2022, the University of California system announced that it would settle over 200 women’s sexual abuse claims for $243.6 million.  The average settlement amount was roughly $1 million.

The women alleged that former UCLA gynecologist James Heaps sexually assaulted them. They claimed Heaps inappropriately touched them and made lewd comments during breast and vaginal exams. The women also claimed the University failed to stop his abuse.

Heaps worked as a gynecologist for UCLA between 1983 and 2014. In 2018, he was arrested and charged with sexual battery. These charges involved two former patients. Following the arrest, hundreds of women came forward with their own allegations of abuse. 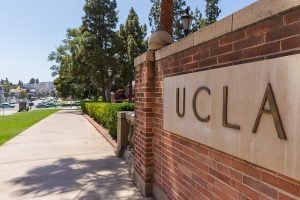 In November 2020, UCLA settled with thousands of former Heaps patients for $73 million. Over 600 women chose not to participate in this class action. Instead, they filed their own individual lawsuits against the university. This recent settlement resolved over 200 individual claims. Each plaintiff will receive approximately $1.2 million.

UCLA initially investigated Heaps in 2017. He retired the following year after the university decided to not renew his contract. Heaps faced 21 criminal sexual offense counts that involved seven women. He pleaded not guilty and denied any wrongdoing.

Below are summaries of other major sexual abuse cases that resulted in publicly reported settlements. These cases give us a representative cross-section of the types of civil lawsuits and compensation payouts common in sexual abuse lawsuits.