This post looks at the average settlement amount in back injury car accident claims. I last updated this page on December 14, 2021.

Let’s start with a few statistics.  A verdicts and settlements database found that the median plaintiff’s verdict award for motor vehicle cases that involved back injuries is $212,500.

For all car, truck, and motorcycle accident injury cases in the database that earned a plaintiff’s verdict, the median award is $300,000.

END_OF_DOCUMENT_TOKEN_TO_BE_REPLACED

We buy car insurance hoping we never need to go through the process of submitting a claim. When accidents happen, we hope the claims process is smooth and simple.  Seems like a reasonable expectation because you or the at-fault driver paid your premium every month in a way that made it smooth and simple for the insurance company.  But it does not work that way, right?

There are several reasons that your claim may be denied. This denial can often cause a significant financial strain on you and your family. . If you’ve recently been in a car accident, you may be counting on the money from the insurance claim to pay medical and other bills.

If your claim has been denied, you need to figure out quickly why and what you can do to get the money you deserve.

END_OF_DOCUMENT_TOKEN_TO_BE_REPLACED

How fast am I driving?

The one thing defendants (and plaintiffs, for that matter) consistently screw up at deposition is time, speed, and distance calculations. The don’t know how fast they were driving and, if they do, they don’t screw it up with their time distance calculation.

END_OF_DOCUMENT_TOKEN_TO_BE_REPLACED

I like many GEICO adjusters and lawyers.  I like Warren Buffett.  But I don’t like GEICO. This new opinion by a California appellate court in Mazik v. GEICO after a jury slapped GEICO reminds me why.

END_OF_DOCUMENT_TOKEN_TO_BE_REPLACED 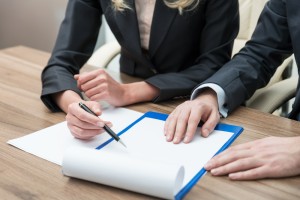 This is a sample demand letter in a relatively small case with approximately $8,000 in medical bills.  But this case settled for a lot more than any kind of simple multiplier of medical bills.   This times special damages math is dangerous when it causes plaintiffs’ personal injury lawyers (and victims) to substantially undervalue a claim.

END_OF_DOCUMENT_TOKEN_TO_BE_REPLACED

After a night on the town, a taxi is no longer your only option to get back home. Uber, and other “ride-sharing” companies, have given the taxi companies a run for their money by offering cheap(er) and easier transportation. The idea is great: link drivers and those in need of a ride via a smartphone app, allow them to communicate with the tap of a finger, and get rid of on-the-spot payment.

END_OF_DOCUMENT_TOKEN_TO_BE_REPLACED

The family of an Ohio woman was awarded nearly $4 million dollars in a wrongful death suit filed against the Ohio Department of Transportation (ODOT).

Awful story here. On December 26, 2008, a husband and wife and their two kids were returning home after visiting with family for the Christmas holiday. Traveling in two separate vehicles, the husband and daughter arrived at home. When his wife and son did not return, he retraced his route only to find his wife’s car off the road, against a fence. A tree had fallen on the car and medics were already on the scene. While the son was taken to a local hospital, the wife was pronounced dead at the scene.

The suit filed against ODOT claimed that they knew that the bank along that stretch of road was eroding, and that trees had been uprooted in the area. The tree that had fallen on the wife’s car had been leaning over the road, creating a hazard. The suit further claimed that ODOT had breached its duty to maintain the road and attend to any potentially dangerous situations.

END_OF_DOCUMENT_TOKEN_TO_BE_REPLACED

Business Week reports that State Farm, the largest U.S. home and car insurer, had quadrupled its profits in 2012, earning $3.2 billion in income. Allstate, the second-largest home and auto insurer, did not do quite as well, only tripling their profits. Allstate earned $2.31 billion in 2012.

It is all good; I don’t begrudge these people making money. What I do expect, though, is that they get off their high horse as they lobby state legislatures around the country saying that the anti-insurance sentiment is making it impossible for them to be profitable. Because that is, to be charitable, silly.

You can read the Business Week article here.

END_OF_DOCUMENT_TOKEN_TO_BE_REPLACED

Last week, after a three day trial, a jury awarded a Vancouver man $1.3 million dollars for injuries suffered in a Hillsboro traffic crash in 2011.

The defendant driver was driving a commercial truck toward the plaintiff when he turned left at a flashing yellow traffic light that gave the plaintiff the right of way. The Plaintiff sustained a broken leg, fractured knee, strained neck, and sprained shoulder. The most serious of the injuries was the knee injury and plaintiff will eventually require a knee replacement.

The award included $300,000 for economic damages, including past and future medical costs and job retraining, and $1,000,000 for non-economic damages. The suit originally sought $2.8 million in damages.

The National Highway Traffic Safety Administration is pushing for a rule that would have an impact on the evidence that car accident lawyers can utilize in making their cases at trial: a requirement that car makers install “black boxes” in all new cars to record accident data. 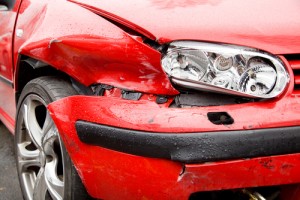 Maybe. The reality is that most everyone already has a black box in their car. The problem is that the feds don’t propose who owns and has access to the data. Certainly, the federal government realizes the privacy implications of this and that every state has different laws in this regard. But there is a simple solution: let the car’s owner own the data. This would protect privacy and still give plaintiffs’ lawyers the ability to seek the records in discovery.