One thing I think we can all universally agree on it that there are just too many pedestrian accidents and deaths. Clearly, Chicago is not an exception. A report of pedestrian and vehicle crashes released by Chicago Department of Transportation (CDOT) in 2011, focused on this problem and the types of crashes involving pedestrians. The authors of the study reviewed pedestrian accident data from police reports in the Chicago metropolitan area to determine how each incident occurred.

END_OF_DOCUMENT_TOKEN_TO_BE_REPLACED

The Supreme Court said yesterday it would decide whether the 180-day limit placed on hospitals appealing Medicare reimbursement edicts can be equitably tolled. Eighteen hospitals want a review of reimbursement decisions dating back as far as 1987.

Back in 2006 – the wheels of justice move slowly for hospitals too – 18 hospitals attempted to appeal the Department of Health and Human Services’ determination of their annual Medicare reimbursement rate for elderly and disabled patients from 1987-94.

The hospital knew the appeals were, to say the least, late but claimed that equitable estoppel should toll the claims because the Centers for Medicare and Medicaid Services refused to inform them that their Supplemental Security Income percentages were incorrectly understated for 1987 through 1994. The whole thing came up as a result of another case that CMS had paid hospitals less than they were due because it had miscalculated the DSH percentage owed.

END_OF_DOCUMENT_TOKEN_TO_BE_REPLACED

50 Cent was hospitalized after a car accident this morning. He has injuries to his neck and back after a car crash involving his SUV and a mack truck.

This news comes from 50 cents website. The accident occurred on the Long Island Expressway in New York when a mack truck rear-ended 50 cent’s car.

Thankfully, he seems to be okay. He was taken to New York Hospital where he was treated for minor neck and back injuries and released. That “thankfully” also extends to the company that owned that truck. Can you imagine the size of the lawsuit if 50 Cent has lost his career from this truck accident?

The Court of Appeals of Georgia reversed the trial court and granted summary judgment in a wrongful death car accident claim. The court found that as a matter of law, plaintiff had no negligent entrustment claim against the driver’s father.

END_OF_DOCUMENT_TOKEN_TO_BE_REPLACED 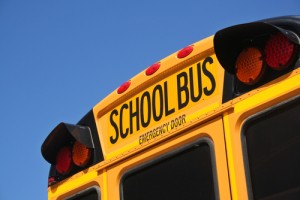 END_OF_DOCUMENT_TOKEN_TO_BE_REPLACED

A Kentucky plaintiff found out the hard way that if the jury does not like you or plaintiffs’ accident lawsuit in general, they have the power to award whatever they want.

This case, Adams v. Miller, was a typical small car accident case. Plaintiff was minding her own business at a red traffic light when defendant’s car swerved into her lane and crashed into her car at 35 mph. The jury agreed that the plaintiff was not at fault for the accident and awarded her $10,000: $9,800 for past medical expenses and another $200 in lost wages. But the jury awarded nothing in pain and suffering.

Intellectually, this makes sense. Medical bills equal pain which equals pain and suffering. But the jury can compromise and give you what they think is appropriate under the circumstances. This is the way it is in Maryland and, apparently, Kentucky, too.

END_OF_DOCUMENT_TOKEN_TO_BE_REPLACED

More than five years after the gory photographs of a teenage girl killed in a horrific automobile accident were released on the internet, her family’s lawsuit has come to an end. The deceased girl’s family filed suit against the California Highway Patrol (CHP) for broadcasting graphic photographs of the dead girl’s body over the internet, photographs which can still be found today.

The tragic story begins with the teen having driven her father’s Porsche without his permission, and ends in a senseless accident with her body being maimed and nearly decapitated. After reaching speeds of more than 100 mph, the teen clipped another vehicle, swerved, and struck a toll booth. She was so badly disfigured that her family was not permitted to view her body. Sadly, they would be given the chance thanks to two CHP dispatchers who took it upon themselves to leak the photographs. The photographs, never intend for public viewing, appeared on thousands of websites. Unbelievably, many websites mocked the girl as a spoiled rich girl, who got what she deserved. She was nicknamed “Porsche Girl.” The family even received anonymous taunting messages.

The family filed suit claiming an invasion of privacy. A Superior Court judge initially threw out the family’s lawsuit, concluding that the agency had not breached any legal duty to the family, as the law did not recognize the right of family members to sue for invasion of privacy involving photos of the dead at the time. But that changed in 2010 when the state’s 4th District Court of Appeal reversed the decision. For the first time in California, the court established that surviving family members have a right to sue for invasion of privacy in such cases.

END_OF_DOCUMENT_TOKEN_TO_BE_REPLACED

Medicare continues to make efforts to try, post Haro v. Sebelius, to make for an easier solution for dealing with Medicare liens. The latest? In very small cases, they are more likely to be handled by injury victims themselves as opposed to personal injury lawyers, Medicare will offer a 25% gross payment alternative to dealing with Medicare on a lien.

It is certainly not the deal of a lifetime by any stretch. More importantly, it is only for cases that do not exceed $5,000. But the option applies in:

If these conditions are satisfied, a beneficiary will resolve and satisfy Medicare’s lien by paying Medicare 25% of the insurance settlement. While the primary application will now, more than likely, be small soft tissue car accident claims, a successful run might lead to larger scale implementation down the road.

END_OF_DOCUMENT_TOKEN_TO_BE_REPLACED

I wrote last week about the whole “settle case over policy limits and sue for bad faith” gambit last week. Here is another opinion from Tampa, Florida, where the plaintiffs’ accident lawyer did the exact same thing. Sure this one failed too. Still.

Ultimately, the “insured dragged its feet on settlement” is a tough road to hoe.

You can read the full opinion in Machalette v. Southern-Owners Insurance Co. here.

The West Virginia Supreme Court last week dealt with a common problem in car accident cases: the defendant has no coverage. The Plaintiff, who suffered serious injuries, tried to bring a claim against Nationwide Insurance after it disclaimed coverage because the defendant’s insurance policy had been canceled. Defendant claimed he did not know the policy was canceled. (They somehow never seem to know.)
Plaintiff in this case was blameless. He was driving a van and struck a sport utility vehicle head-on. He suffered real injuries: a broken femur, concussion, low grade coma, broken nose, broken ribs, bruised shoulder, injured hips, and multiple bruises, cuts and scrapes. Plaintiff files suit and gets a default judgment of over $6 million. Of course, that and a quarter will buy you a turn at the arcade.