This post looks at the average settlement amount in back injury car accident claims. I last updated this page on December 14, 2021.

Let’s start with a few statistics.  A verdicts and settlements database found that the median plaintiff’s verdict award for motor vehicle cases that involved back injuries is $212,500.

For all car, truck, and motorcycle accident injury cases in the database that earned a plaintiff’s verdict, the median award is $300,000.

Sample Verdicts and Settlements in Back Injury Cases 2017-2021

So the better weapon, albeit far from perfect, is to look at comparable back injuries to your injury. This will not give you the settlement compensation payout you will get in your case even if the facts seem identical.  But sample back injury settlements and verdicts, help you better understand the possible ranges for your case.

Below are sample back injury verdicts. Most are in the Baltimore-Washington area in 2017-2021. But we have updated it to include some national settlements as well. 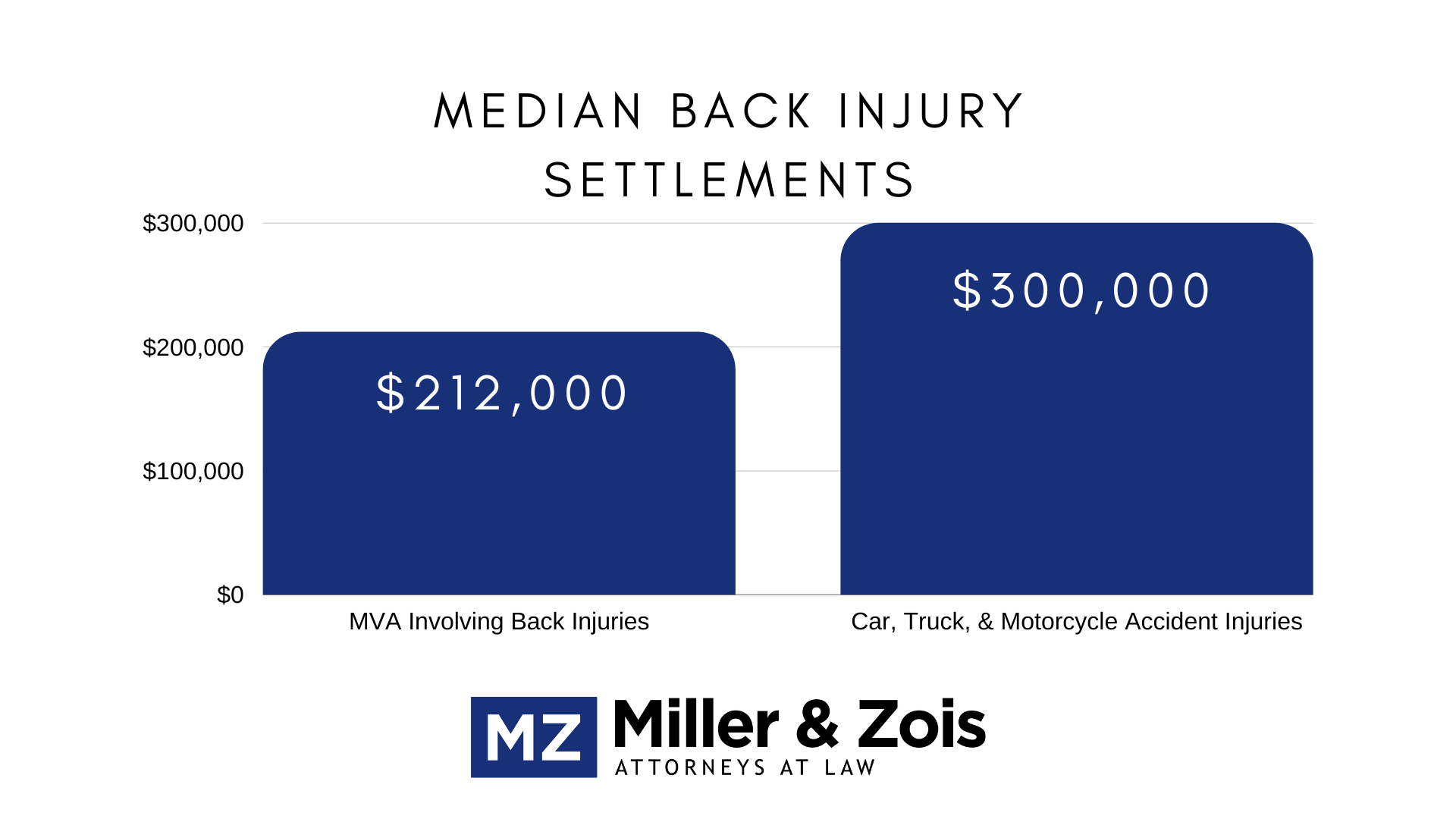 You can get even more back injury settlements and verdicts.

What Is the Average Back Injury Settlement?

How Much Does Steroid Injection Increase Settlement?

Understand the Value of Your Back Injury Case

Statistics and sample settlements and jury verdicts get you started in understanding the range of value for your case.  But they are just the beginning of the analysis. Statistics and prior cases cannot predict the value of your case.  There is no back injury settlement calculator.  There are too many variables in the mix to isolate the factors that led those results to go as they did.  There is just no formula or metric to calculate a settlement payout of an individual back injury claim.

Still, these examples of back injury settlements and verdicts I gave you above are not without value.  They are one tool of many at your disposal to help narrow the likely range trial range of your case which is ultimately the number the insurance companies will use to calculate your settlement compensation.