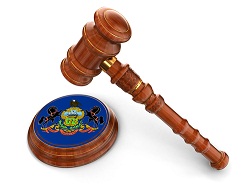 END_OF_DOCUMENT_TOKEN_TO_BE_REPLACED

A nine-year-old boy was engaged in a relay race during his gym class at a Philadelphia elementary school when he tripped and fell. As a result, he was propelled into the concrete gym wall where he hit and cut his head causing him to lose consciousness. Soon after, doctors diagnosed him with a concussion that prevented him from attending school for nearly two months after the incident and experienced continuing headaches and memory problems for years after. The gymnasium wall in its surrounding entirety lacked any kind of padding to cover the concrete and provide at least some degree of protection.

END_OF_DOCUMENT_TOKEN_TO_BE_REPLACED

There have been a lot of interesting personal injury and wrongful death verdicts and settlements in 2015 in Pennsylvania.  Here are five verdicts you will find of particular interest.

$450,000 Verdict – A woman is descending the stairs at her row home when she slips on one of the middle steps. She reaches for the handrail, but just misses it, causing her to fall down the remaining stairs. The woman calls an ambulance which transports her to the emergency room. At the ER, she is diagnosed with a fractured shinbone and a tear of the quadriceps. She has to receive care after the fall given that her leg is immobilized. After the accident, she sues the property-owner, alleging negligent maintenance of the stairs. In her lawsuit, she brings up the fact that she had told the property-manager about how slippery the stairs were on two occasions. At trial, her stair-expert suggests that the stairs were covered with too much polyurethane. This convinces the jury who awards her $450,000.

END_OF_DOCUMENT_TOKEN_TO_BE_REPLACED

Statutes of limitations can be very unfair.  But as harsh as the SOL can be, a statute of repose can far more Draconian, closing the courthouse steps on cases where the victims did everything they could to bring a timely action.

What is a statute of repose?  It is amazing how many tort lawyers do not know until they learn the hard way.   A statute of repose provides a date certain by which a claim must be brought.  In most states, there are no excuses.   Unlike a statute of limitations, it often cannot be tolled by the date the injury should have been discovered.

I can’t deny there is a purpose to the statute of repose.  The legislature wants to create some outer time limit where a claim is just too old to be pursued, no matter what.  But some states have these short statutes of repose, seven years in Pennsylvania, and only five in Maryland for medical malpractice cases that are just unfair.

END_OF_DOCUMENT_TOKEN_TO_BE_REPLACED

The jury is out, literally, in a U.S. District Court case against the City of Pittsburgh. The jury’s decision – whether or not to hold the city at fault when the, now terminated, detective choked a man in a May 2010 road rage incident.

After a fender bender, the detective grabbed the plaintiff by the throat, then chased him down, waving his gun around after he fled. Crazy, right?

The plaintiff claims that the city showed “deliberate indifference” to the detective’s past behavior, and they should have done more to curb a man who showed a “pattern of choking, pattern of off-duty rage, pattern of road rage.” The sides stipulated to 32 citizen complaints against the detective over a 17-year career that ended with his firing and a subsequent criminal conviction on three misdemeanors following the incident.

END_OF_DOCUMENT_TOKEN_TO_BE_REPLACED

Juries are regularly asked to evaluate injuries and compensate plaintiffs. People may like to speculate what an injury would be worth to them but, like all things in life, financial sums are relative. Juror “A” may believe an injury is worth $50,000 in damages whereas Juror “B” believes that the same injury is worth $500,000. It’s the court’s job to find a fair middle ground that compensates the plaintiff while not excessively punishing the defendant.

Jury awards sometimes make headlines when they are so high that the sheer number of zeros gives us pause.

END_OF_DOCUMENT_TOKEN_TO_BE_REPLACED

Alleged in a lawsuit filed this week in federal court in Philadelphia, St. Louis-based Anheuser-Busch Cos. routinely adds extra water to its finished products to produce malt beverages with significantly less alcohol content than displayed on its labels. Similar lawsuits were filed in federal courts in New Jersey and San Francisco as well.

According to the Complaint, Anheuser-Busch is violating state statutes on consumer protection by overcharging their customers for watered-down beer, and they are unjustly enriched by the additional volume that they can sell.

END_OF_DOCUMENT_TOKEN_TO_BE_REPLACED

The Third Circuit issued an opinion in Jewel v. Ridley Township involving an issue that I find interesting: to what extent do police have an obligation to show restraint in a police chase?

In Jewel, police heard an eighteen-year-old boy was drunk. Based upon previous arrests, the police knew the boy did not have a driver’s license. They found the boy and chased him with lights and sirens, all parties ignoring stop signs and red lights like they do on television. The boy, who was drunk, collided with a car and as a result, he became paralyzed. No matter how you slice it, this is a tragedy.

The trial court granted the town and the police officers’ motion for summary judgment, finding that the pursuit policy was not constitutionally inadequate. This was a no brainer, right? The court also found that the police did not chase plaintiff with “deliberate indifference” through its allegedly inadequate training and supervision. This too seems like a silly claim.

END_OF_DOCUMENT_TOKEN_TO_BE_REPLACED

This was more likely than Eli Manning coming through in the clutch: insurance companies running for the hills in the Penn State lawsuit flood that has already started. Pennsylvania Manufacturers’ Association Insurance (PMA) has filed a declaratory judgment lawsuit disclaiming coverage in allegations that Gerald Sandusky sexually molested children. Penn State claims coverage.

In the 16-page complaint, PMA argues that only the 1991 or 1992 policy is triggered, but, if it is the latter policy, coverage is precluded under that policy’s abuse or molestation exclusion.

I think there are two levels on the insurance coverage question in the Penn State lawsuits. First, was this a coverage act, or did the policy exclude intentional torts of employees or agents?

END_OF_DOCUMENT_TOKEN_TO_BE_REPLACED

Max Kennerly writes about a lot of new bills being proposed in Pennsylvania. Any legislature can propose a bill and there is always someone in every legislature – on both sides of the aisle – who likes to put out radical bills so they can brag to their constituents about how crazy they are. Still, these proposed bills do not give you a warm fuzzy feeling about the political climate right now for injury victims.

Ultimately, I think the problem is that people want jobs or more stability in their jobs and that fear distracts them from thinking about the unlikely possibility that they will be seriously injured and want to be compensated for those injuries. Politicians love blaming personal injury lawyers because they are an easy target. Often, the people throwing the punches don’t really feel like oppressing tort victims is going to solve anything but they can’t resist grabbing the low hanging fruit of blaming lawyers. To make matters worse, we have a minority of personal injury lawyers who are more than willing to live up to the stereotype.