The post is about the settlement compensation payouts you can expect in Pennsylvania.

A recent study of jury verdicts found that the average personal injury jury verdict in Pennsylvania is $903,705.00. 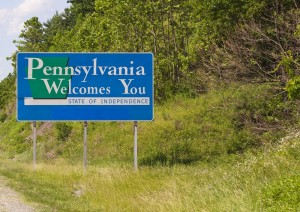 Now let’s turn the kaleidoscope and look at the median.  If you remember from the 9th grade, the median is found by ranking the data from biggest to smallest, and then identifying the middle of the data so that there is an equal number that is larger and smaller on each side.  If you had 1001 data points, the 500th biggest number would be in the middle.

For many groups of data, the gap between the average and the median is the same or very close to it.  With personal injury verdicts, they are usually light-years apart.  This is reflected in this new study that just came out in Pennsylvania.  The median compensatory award in Pennsylvania in the study was $45,000.00

Which number is more useful. Most personal injury outcome watchers view the median as the more useful number.

Why?  Because the highest Pennsylvania verdict in the study was $85,000,000.00  This skews the data across the board.  The $85 million case involved a Penn medical student who stepped into an uncovered manhole in Philadelphia.  He collected, pursuant to a high-low agreement, $18,000,000.

But that $85 million remains the statistical number and skews that data.  From a statistical standpoint, we see that the average can be significantly skewed by a few values that are not remotely representative of the jury verdicts.  So the median generally provides a better representation of the Pennsylvania verdict data.

One other thing worth mentioning for context: this is only Plaintiffs’ verdicts where the Plaintiff received a monetary award from the jury.  This happens in 38% of personal injury cases in Pennsylvania, according to the study.

What Verdict Statistics Mean for Your Case

What do these verdict statistics mean for your case?   The answer is clear: absolutely nothing.  There are so many — SO MANY — factors that make up the value of a personal injury case.  There is no settlement calculator or formula. The true value of your case is so disconnected from the average or median settlement or verdict statistics.  Hundreds of people come to our website every single day looking for information on the settlement value of their claim.  We break down jury and settlement data by venue and injury type — the two most reliable factors in predicting how much your case is worth.  But even those are just pieces of the mosaic that scratch the surface of estimating the value of the case.  You can also look at sample verdicts (here are some from Pennsylvania in 2015).  But when you add all of these things up, without the experience or the general understanding of how cases are valued by insurance companies and juries, you will be left with a broad range.

How do you narrow that range?  Only an experienced lawyer who has settled thousands of cases in that jurisdiction will be able to get you there.