According to a Jury Verdict Research study that was published this month, the average compensation for a personal injury lawsuit in Texas over the last six years is a compensatory median award for personal injury trials in Texas is $826,892. The highest verdict was over $100 million which, obviously, inflated the average verdict. The median verdict is only $12,281. Certainly, medical malpractice reform in Texas has not helped this number in recent years.  Unless it is a birth injury case or other claim with long term catastrophic injuries and future medical care or future lost wages, a Texas medical malpractice lawyer is hard to find.

Keep in mind too Texas is not so much a state as several countries in terms of how they value personal injury cases:

END_OF_DOCUMENT_TOKEN_TO_BE_REPLACED 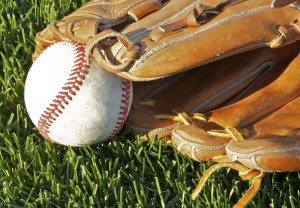 A lawsuit has been filed in Houston, Texas against a town’s Little League and one of its teams.  If you are in the “we have too many lawsuits” camp, you are already rolling your eyes. Still, keep reading.

Basically, the kid got hit by a line drive.  This happens all the time.  But then things weird.  The umpire said the bat looked “different.”  The suspicious bat was quickly hidden in the trunk of a car.

Is this how it actually happened?  I have no clue.  The whole story is crazy.

END_OF_DOCUMENT_TOKEN_TO_BE_REPLACED

A Texas lawyer who botched a tragic mesothelioma asbestos case will get off scot-free according to the Court of Appeals of Texas for, well, reasons that escape me.

Briefly here are the facts. In July 2004, meso victim hires a lawyer to pursue her asbestos claims. Plaintiff had a rare form of meso called well-differentiated papillary mesothelioma. The lawyer waited until January, 2006, to file her lawsuit against various defendants that included negligence, strict liability, and premises liability. The case was removed to federal court.

Plaintiff found a lawyer for her malpractice action against her original lawyer. This new lawyer in turn hired another lawyer – annoyed yet? – who was set to testify that plaintiff would have recovered settlements from multiple tort defendants and asbestos bankruptcy trusts, totaling at least $2,000,000. Plaintiff’s malpractice expert then took the next leap of faith and concluded that these settlements should have been finalized by no later than the end of 2005. Anyone who follows the asbestos docket has now rolled their eyes in the back of their head.

END_OF_DOCUMENT_TOKEN_TO_BE_REPLACED

A Houston millionaire who nearly caused the Internet to explode when he adopted his own girlfriend in what appeared to be an effort to hide his assets in a wrongful-death lawsuit, settled the pending civil lawsuit pending against him in Texas.

The story is one that happens every single day in America and no one pays much attention. Guy gets drunk. Tragically kills someone. This guy made it interesting by adopting his girlfriend in an effort to protect some of his assets. The whole thing seemed misguided – there was plenty of money to pay a claim, the guy is worth a zillion bucks. But, understandably, the news media really ate up the story.

How much was the settlement? I would like to know. But it is confidential.

END_OF_DOCUMENT_TOKEN_TO_BE_REPLACED

A Plaintiff’s attorney in Texas has filed a wrongful death suit on behalf of the estate of a woman that was murdered.

These claims are not uncommon and they are a great way for plaintiffs’ lawyers to add million dollar verdicts to their resume. There is only one caveat: very rarely do they get a single penny for their clients because the defendants are not in a position to pay out a verdict.

This Texas case adds a new and I think bizarre wrinkle: the claim is not only against the murderer but his parents and his 92-year-old grandmother. Adding to the insanity, the murderer was a Dallas personal injury lawyer.

The Plaintiff’s lawyer also made what I think were odd comments: “You don’t see it often, but unfortunately I don’t have the liberty to discuss the facts we have to support our allegations, but we do have a basis to bring all of the claims we’ve brought,” the lawyer says, referring to naming the murderers’ parents and grandmother as defendants.

Not at liberty? Why? You have filed a lawsuit.

So we have a personal injury lawyer who is a murderer, whose 92 year-old grandmother is being sued for the murder he committed. It sounds like something personal injury claims tort reform advocates made up.

END_OF_DOCUMENT_TOKEN_TO_BE_REPLACED

But having a good lawyer seems particularly important in Texas because the legislature and the courts continue their collaborative effort to conspire against injury victims.

The latest in Texas: the Texas Supreme Court overturned a bad faith verdict against Texas Mutual, the workers’ comp insurer. Read this article if for no other reason than to enjoy the silly spin the author puts on it while pumping up Texas Mutual. Newsflash: highlighting that you needed legal maneuvering to get around a bad faith verdict does not change the fact that a jury looked at what you did and thought it constituted bad faith. That may not be something to brag about.

Texas Governor Rick Perry will probably throw his hat in the ring to be the Republican who takes on President Obama next fall. Good for him. He’s got a good head start with George Will’s “Gee, I think you are hotter than Derek Jeter and I love the way you eat a big hamburger” article a few weeks back.

But while deciding to run, Perry has to make sure he nails his Republican bona fides by trying to run to the right of Michele Bachmann. That’s hard to do right now. But Perry wants to try.

The Texas Legislature passed a law virtually every state is passing: you can’t text and drive. Not a big controversial issue. Some studies suggest that texting is more dangerous than drunk driving. Probably a dangerous exaggeration in its own right but, still, you get the point: texting = more accidents and deaths in car accidents.

END_OF_DOCUMENT_TOKEN_TO_BE_REPLACED

After a near fistfight over this and a number of other contentious issues, the Texas House passed Saturday a “loser pays” bill. Under this law, even a winning plaintiff can end up losing if the award is less than 80 percent of a defendant’s settlement offer, the winner could owe more in legal fees than the award.

The Texans for Lawsuit Reform said that the bill provides “incentives for fair and early settlements and imposes risk on those who pursue meritless or abusive lawsuits.”

You pay expenses if you only get 79% of what the defendant offered. Texas has pretty much gone mad. I give it three years before Texans realize what they are doing.

END_OF_DOCUMENT_TOKEN_TO_BE_REPLACED

Ameritox, a drug testing company based in Texas, has settled a false claims lawsuit for $16.3 million. The lawsuit alleged that the company paid kickbacks to doctors in exchange for business.

I would be interested in the fate of the doctors who received the kickbacks. It is like buying stolen goods. For stealing to be profitable, there typically needs to be a market for the stolen goods. This is why buying goods you know to be stolen is a crime. Do the doctors skate off with slightly fatter wallets?
You can find the UPI story here.

A Texas jury awarded $3.8 million to a man to who brought a defective design product liability lawsuit against Brunswick after a boating accident in 2007. The jury found that the man’s leg became tangled in the boat’s propeller because the boat did not have guards and covers to protect boaters from getting stuck in the propeller.

Thirteen million boats travel each year on our nation’s waterways. Last year there were 3,489 boating accident injuries that resulted in 710 deaths.