The average is also distorted by huge verdicts that are not collectible. A Texas jury awarded $118 million – the highest verdict included in this Texas jury verdict study – to the widow of a worker who died in the Phillips Petroleum Co. explosion, but the Texas cap on punitive damages reduced that award to under $12 million.

Sample Settlements and Verdicts in Texas

Texas has taken some harsh steps to curb malpractice cases to where few were filed there in 2013.   These caps limit the pain and suffering awards on health care negligence cases to $250,000 against doctors,  $250,000 per-facility but capped at $500,000.  So there is a $750,000 overall cap, and that is only in cases where the stars line up where you have multiple defendants.   It is a tough road.  Motor vehicle crash claims make up a larger portion of the verdicts.

This is a list of recent verdicts in the Lone Star state.  Can you use these to help you figure out what the compensation in your case should be?  Yes and no.  They are helpful to be sure, and that is why I’m putting these up.  But take them with a grain of salt.  Every case is different and sometimes there are facts not even listed in these summaries that make all the difference in these cases. 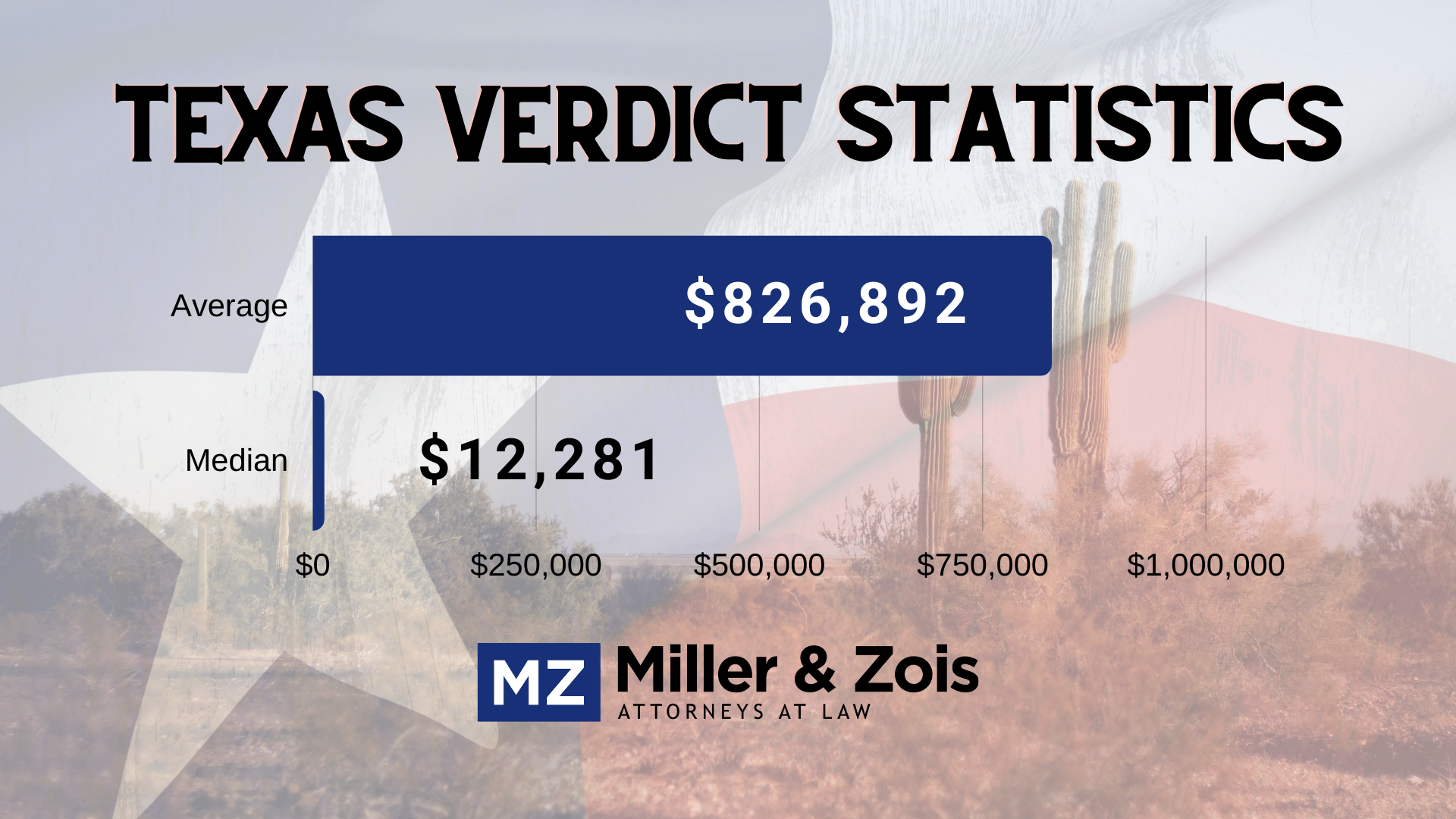 Looking for Help with Your Claim?

If you were hurt and believe you have a potential civil tort claim, click here for a free no-obligation consultation.

More Verdicts and Settlement and Statistics