Years, ago, I wrote a blog about a frivolous Little League baseball lawsuit.  Going through that old post in 2020, I realized no one really cared seven years later.  (in fact, I started to post the old post at the end of the piece but decided it was truly worthless.

But settlement and verdicts in baseball-related personal injury lawsuits does seem of interest to many of us who spend our winters indoors playing baseball and out spring, summer, and fall out on the baseball field.

END_OF_DOCUMENT_TOKEN_TO_BE_REPLACED

Tylenol warnings will be added to the caps of Extra Strength Tylenol starting in October.   There will be red warning labels on the cap, pointing people to the warning on the label:  Taking too much acetaminophen can cause liver failure.

The take-home message for me?   Lawsuits really can make a difference for patient safety.  Because without these suits for liver injuries around the country, you would not have seen this change in the warning.

Listen, Tylenol is a good drug.  I use it.  You use it.  I took one this morning.  But people have to clearly understand the risks with Tylenol.  This drug is helping people at it is killing people.  The key is to allow it to continue to help without hurting.  This warning is a great first step.  It may well be that our law firm stops taking new cases where there warning was on the drug.

END_OF_DOCUMENT_TOKEN_TO_BE_REPLACED
The National Football League has reached a historic settlement with its former players.  A lawsuit has been settled with more than 4,500 retired players who were suing the league, accusing them of deliberately concealing the dangers of head trauma.  The players claimed the league didn’t do enough to warn of the risk of permanent brain damage if they played too soon after a concussion.
Though it still needs to be approved by the judge, the deal calls for the NFL to pay $765 million to fund medical exams, concussion-related compensation, medical research for retired NFL players and their families, and litigation expenses.  This is about $150,000 per player.  What is the settlement structure?  Do the players with real diagnosed injuries get more.  I’m sure they do, but we don’t yet know how it will actually go down.
In the lawsuit, the Plaintiffs claimed that they suffered from neurological problems after sustaining traumatic impacts to the head, and that the league hid the evidence for years. Did they hide evidence?  We won’t know for a while now.
END_OF_DOCUMENT_TOKEN_TO_BE_REPLACED 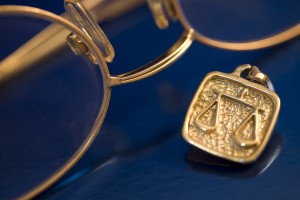 Last month, an initial status conference was held in the newly minted Tylenol liver injury “class action.” sI put class action in quotes because the case are consolidated for pre-trial fact finding.  It is not a pure class-action lawsuit because the cases will not be tried together but judged individually.

Following the initial conference, the MDL judge released an order that appointed eight different lawyers to serve on a Plaintiffs’ Steering Committee, two of which will serve as Co-Lead Counsel.