This is just crazy.  It what appears to be a rerun of a rerun, the FDA has once again updated its recall list of valsartan-containing products. If you are currently taking Valsartan, you must check that list to see your medication may or may not be on it. If you are unaware of the previous valsartan recalls, please inform yourself as this will help you become more informed on how these medications may affect your overall health. You must also know about the lawsuits involving NDMA-contaminated valsartan, as it shows what kind of hardships people might experience after taking these tainted drugs.

END_OF_DOCUMENT_TOKEN_TO_BE_REPLACED

What Should You Do?

END_OF_DOCUMENT_TOKEN_TO_BE_REPLACED 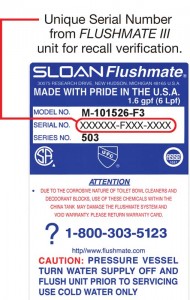 The recall previously announced for the Series 503 Flushmate III Pressure Assist Flushing System has been expanded, affecting approximately an additional 351,000 systems.  This post discusses this recall and talks about how the jury is still out on whether a product is effective and safe even if is has been on the market for many years as these products were. END_OF_DOCUMENT_TOKEN_TO_BE_REPLACED 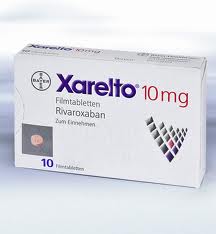 END_OF_DOCUMENT_TOKEN_TO_BE_REPLACED

A New Jersey state court judge has selected a group of 10 Stryker Rejuvenate hip replacement lawsuits for early mediation, in order to discuss the potential for reaching settlement agreements during the early stages of litigation.

With over 300 complaints already filed throughout the New Jersey state court system, and even more expected in the coming months, Stryker Rejuvenate cases were centralized earlier this year as part of a Multi-County Litigation or MCL.  An MCL consolidates the cases for discovery purposes as there are some witnesses and evidence that will be common to all of these Stryker hip lawsuits.

END_OF_DOCUMENT_TOKEN_TO_BE_REPLACED 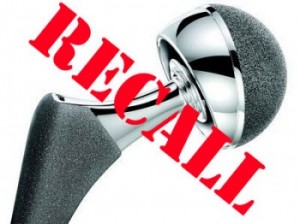 Plaintiffs’ attorneys had known for some time that there were problems with DePuy’s ASR hip replacement because we generally pay attention to adverse reports and we hear from potential plaintiffs long before we even know there will be grounds for a suit in the first place.

But what put the whole thing into overdrive was the recall itself after J&J, who really owns DePuy, looked at the whole thing and said, we need to get out now while we can because (1) people are getting hurt (which I do think they care about to varying degrees), and (2) our legal liability is going to be through the roof if we don’t do something.   There are now nearly 7,800 suits and DePuy is going to be paying – I predict, anyway – a ton of money on these claims.  So they wanted to cut their losses.

With the first MDL trial around the corner, DePuy wants to keep the recall out of evidence.  Why?  Because it is pretty much game, set, match for the idea that the ASR metal-on-metal replacement was awful.

END_OF_DOCUMENT_TOKEN_TO_BE_REPLACED

According to a transfer order issued last week, The U.S. Judicial Panel on Multidistrict Litigation (JPML) has agreed to consolidate all Stryker Rejuvenate hip replacement lawsuits filed throughout the federal court system, centralizing the cases before one judge. This will include both Rejuvenate and ABG II Implants.

Complaints filed involving any Stryker Rejuvenate or Stryker ABG II hip components will be transferred to one U.S. Judge in the District of Minnesota as part of an MDL or multidistrict litigation. There are currently at least 41 lawsuits filed against Stryker, filed in 16 different U.S. District Courts. This figure is expected to increase greatly over the coming months as individuals throughout the country continue to experience hip failures, which often result in the need for revision surgery. Typically designed to last 15 to 20 years, a recall was issued for Stryker Rejuvenate and ABG II hips in July 2012 after data suggest that the implants were prone to corrode or fret at the modular junction, increasing the risk of inflammation, loosening and eventual failure of the artificial hip within a few years.

As all the complaints involve similar allegations, the MDL has been created to reduce duplicative discovery, eliminate conflicting rulings from different judges, and to serve the convenience of the parties, witnesses, and the courts. As additional cases are filed in the future, they too will be transferred to the Minnesota Judge for coordinated handling before trial.

END_OF_DOCUMENT_TOKEN_TO_BE_REPLACED

Diabetes is one of the most problematic illnesses of our society today. It is not a disease that stands by itself, but those who have it know all too well that the chances of it leading to many other illnesses for them are tremendous. A diabetic is most likely also going to end up with one or more of heart disease, kidney disease (resulting in dialysis), blindness, and peripheral neuropathy (incapacitating pain in the legs) to name just a few. The studies done on the disease and the medicines to treat it are too numerous to count. And yet, the incidence of this disease is steadily increasing every year. It’s no wonder that there is such a quest to get it under control.

The most common type of diabetes is Type 2. With this type, whereas the pancreas used to secrete enough insulin to take care of the sugar eaten, over time it becomes less and less efficient and produces less and less insulin. And the cells become more and more resistant to the insulin it produces. At some point, medication is needed to help the pancreas produce more insulin, and eventually, nothing can get it up to producing enough so the body then needs to be given the insulin that it so desperately needs, by way of injection. Type 1 diabetes is usually diagnosed in childhood. In this case, the pancreas is either not producing any insulin, or is producing a dreadfully small amount, and for whatever reason cannot be boosted by medication to produce more, so insulin injections must be started right away.