According to a study conducted by Danish scientists, there is seemingly no increased short-term risk of cancer in patients who use valsartan contaminated with the impurity, N-nitrosodimethylamine or NDMA. This study, published in the BMJ, may put into question how serious of a cancer risk NDMA-contaminated valsartan may have. The Food and Drug Administration has recently issued voluntary recalls on Valsartan because of this potential cancer risk NDMA contamination may have.

The question many lawyers and victims have is will this impact the Valsartan lawsuits?  We answer this below.

How was the study conducted? 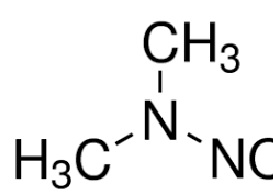 The study examined 5,150 Danish patients who had no history of cancer, were 40 years or older, and used valsartan between January 1, 2012, and June 30, 2017. Researchers followed participants from a year after they were initially studied up until death, migration from Denmark, or the end of study period (June 30, 2018), whichever came first. They also recorded each participant’s exposure to NDMA based on the valsartan products they used. They compared the rate of cancer occurrence between patients exposed to NDMA to patients who were not exposed.

What were the results?

Researchers identified about 7,068 individuals who filed 95,650 valsartan prescriptions between January 2012 and June 2018. This was a period in which NDMA-contaminated valsartan products were prevalent in the Danish market.

The researchers felt that overall, NDMA-contaminated valsartan “showed no association with cancer” compared to valsartan less likely to contain NDMA. However, they noted that there were some increased risks for colorectal and uterine cancers. Researchers concluded that these risks, while noticeable, remain statistically insignificant nonetheless.

What do the study’s results even mean?

The researchers concluded that their data only should be interpreted as only showing no short-term cancer risk associated with NDMA exposure. They also noted that this research “should not be interpreted as evidence against NDMA being carcinogenic to humans in general.”  Researchers felt that their study had a limited follow-up and that assessment of long-term effects “was not possible.”  Their final conclusion was that further studies are needed to truly understand the health effects of NDMA-contaminated valsartan products.

What do other scientists say?

Dr. Erin Michos, an associate professor and cardiologist at Johns Hopkins Medicine, called the study “well-done” but noted that there needs to be more research conducted over a longer period of time to accurately evaluate potential cancer risks. She felt that the study period was not surprising to her because “it’s just too soon for something like cancer.” Dr. Michos intends to inform her patients about the new study, as it will provide them “short-term reassurance.”

Rita Banzi and Vittorio Bertele co-authored an editorial on this study, concluding that it by itself cannot “dispel doubts about the potential risk for patients in the longer term,” yet it can help “inform decision making around this episode.” They felt that national registries, like the Danish one, were useful in examining the relationship between drugs and their potential health risk. Nonetheless, they felt the contamination reflects the issue of how the relationship between regulatory agencies and pharmaceutical manufacturers “is mainly built on trust.” They concluded that “[m]isleading, incomplete, or delayed reporting on clinical efficiency and safety have a much worse impact on public health than quality.”

So what do we do with this information in light of the claims that are being filed alleging cancer from Valsartan?  This is one study. It does provide hope for people who do not have cancer that the risk is not as great as we fear.  That would be a good thing.  Still, the evidence still appears to be fairly overwhelming that there is a cancer risk.  Could that be proven wrong?  Sure.  But it still seems pretty unlikely to me.