Chlorpyrifos is an organophosphate insecticide that has been very widely used in the agriculture industry, specifically in the production of fruits and vegetables. Chlorpyrifos is known to be toxic to humans and scientifically linked to neurologic damage in children. In August 2021, the Environmental Protection Agency (EPA) banned the use of chlorpyrifos on all consumable food grown in the U.S.

Many chlorpyrifos insecticide lawsuits have already been filed against the manufacturer Corteva Inc. (formerly Dow Chemical) The lawsuits are expected to be the first of many and they allege that chlorpyrifos degrades into a chemical residue that is much more toxic than its original form and remains in clothing, walls, and other surfaces. The lawsuits also allege that exposure to this residue during fetal gestation or early childhood can cause a host of neurological and developmental disorders.

Chlorpyrifos is a toxic organophosphate (OP) insecticide that is used in agriculture to kill harmful insects that can destroy crops. In the United States, chlorpyrifos has been widely used on farms that grow vegetables and fruit for human consumption. As of 2019, an estimated 8 million pounds of chlorpyrifos was applied on U.S. crops each year. 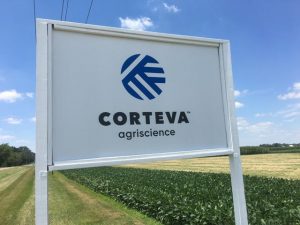 Chlorpyrifos is a toxic chemical that can seriously damage the human nervous system. Organophosphate insecticides like chlorpyrifos block a particular enzyme that the human brain uses for neurotransmission. The neurologic effects of chlorpyrifos are particularly dangerous for young children whose nervous systems are not fully developed and, therefore, especially vulnerable.

Many studies driving chlorpyrifos lawsuits have established that prolonged exposure to chlorpyrifos can have serious, long-term health consequences. There is particularly strong evidence linking chlorpyrifos exposure to permanent neurologic injuries and delayed cognitive development in children. Animal testing of chlorpyrifos has demonstrated that exposure to the insecticide can cause a range of neurodevelopmental effects and impact genes that control brain development.

Human testing of chlorpyrifos has been more limited, but these studies have also shown similar results and confirm that the chemical has a negative impact on human cognitive development:

Additional studies on pregnant women who were exposed to chlorpyrifos demonstrated a clear link between in utero exposure to chlorpyrifos and reduced birth weight and size.

In addition to causing neurologic disorders and general developmental delays, there is also scientific evidence indicating that prenatal exposure to chlorpyrifos may cause higher rates of autism.

In 2014, researchers at UC Davis did a study on the impact of agricultural chemical exposure during pregnancy in California’s Salinas Valley. The study found that pregnant mothers who lived within a mile of farms where chlorpyrifos and other organophosphate insecticides were used had a 60% higher rate of having children with an autism spectrum disorder. The researchers suggested that gestational exposure to chlorpyrifos may “tip the balance” towards an increased autism risk.

EPA Bans Use of Chlorpyrifos

Chlorpyrifos has been the target of many public activist groups who have spent years lobbying federal regulators to take action. Back in 2000, chlorpyrifos was banned for indoor use. Over the next two decades, however, the EPA repeatedly refused to issue a similar ban on the use of chlorpyrifos in outdoor agriculture settings.

This led to several legal challenges by various groups. In April 2021, one of these legal challenges succeeded and the 9th Circuit Court of Appeals ruled that EPA had the burden of proving that chlorpyrifos was safe. In response, the EPA changed its stance and issued new regulations that will ban the use of chlorpyrifos on any crops intended for human consumption. The ban will take effect in early 2022.

On February 2022, agricultural trade groups appealed the EPA’s ruling to the 8th Circuit Court of Appeals, arguing the EPA ignored its own scientific findings.  This appeal is really saying that the EPA got bullied by the 9th Circuit into changing its position.  But in March 2022, the 8th Circuit shot down this appeal.

Over the last 14 months, a large number of chlorpyrifos pesticide lawsuits have been filed against the manufacturer Corteva. Corteva is the corporate successor to what used to be Dow Chemical Co. The lawsuits are being filed on behalf of children who claim that prenatal exposure to chlorpyrifos caused various negative health consequences and birth defects including neurologic disorders, developmental delays, cognitive delays, vision problems, and autism.

Our firm is currently investigating victims seeking to file a chlorpyrifos lawsuit for birth defect cases involving prenatal exposure to the insecticide chlorpyrifos. If you believe you have a potential case, call us today at 800-553-8082.