All Effexor birth defect lawsuits filed in the federal court will now be consolidated for discovery purposes under one judge in Pennsylvania, according to an MDL panel decision this week.

What Does an MDL Mean for These Cases? 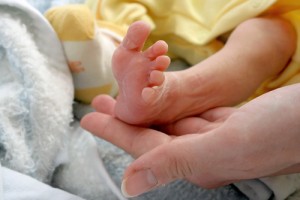 What does this really mean if you have a case pending, or intend to file a claim?  It means that for discovery purposes, for fact-finding about issues common to all these birth injury claims, the cases will all be in Pennsylvania.  It does not matter where you filed your case.  If you file in federal court in a straight, “Effexor caused the birth defect” case, your case will be transferred, at least temporarily, to Philadelphia under Judge Cynthia M. Rufe.   This judge also has the Zoloft MDL which is another SSRI where the factual allegations are very similar but the pharmacology of the drugs are different. So those cases cannot be merged together.  Judge Rufe also presided over the Avandia diabetes cases which have now mostly settled.

I Still Don’t Understand What This MDL Is?

Every Effexor birth injury case will be different.  Each child is different and the injuries vary from minor to unbelievably serious.  So it is not a class action where all the cases are tried together as one.  But MDLs come from the idea that there are so many issues in common in each one of these cases that it makes sense not to have to reinvent the wheel in each individual case. So the cases merge for the factual discovery common to all cases, such as deposing the experts and the Wyeth employee witnesses.  Typically, a few cases will be tried in the MDL to give both sides a better idea of the value of the cases, hopefully to induce a global settlement where virtually all the cases are resolved.

What Is the Effexor Litigation Really All About and How Strong Are the Claims?

These lawsuits are all substantially similar:  Wyeth did not warn doctors and patients about the risk of Effexor on unborn children of pregnant women.  The allegations are that Wyeth knew, or should have known, of the problem with pregnant women and should have put in a huge warning that said, “If you think you might get pregnant, stay away from this drug because it might really hurt your unborn child.”   Why would they not put that warning on if they knew?   The theory is that they put profits over people and didn’t give a warning because of the fear over the loss of sales of the drug.   Do you want a more benign theory?  They just didn’t pay close enough attention to the data and the product because they were not thinking about the idea of birth defects.  I’d like to think it is the latter.  But I worked for a number of drug companies before I became a plaintiffs’ lawyer.  So the former theory is hardly out of the question.

People have been slow to blame the SSRI manufacturers for these birth defects because no one really expected the drugs were causing the problem.  So parents were just told, “We don’t know what happened or why it happened.”  Then it became pretty clear what the cause was, the SSRIs these women were taking.

Getting Help With Your Effexor Case

If you and your child have a potential claim because of a birth defect while you (or your child’s mother) were taking Effexor, call 800-553-8082 or get a free online consultation.