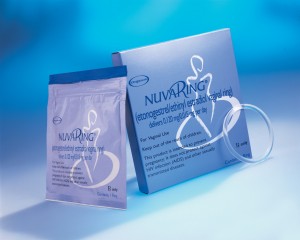 Earlier this month, the first federal NuvaRing lawsuit was delayed because there has been a lot of talk about settling not only that NuvaRing case, but all of the cases at one time. This blog post is about:

If one topic interests you more than another, you can just jump to that section by clicking on the links above.

What Are These Cases About

NuvaRing is an undeniably convenient form of birth control. When it came to the market in 2001, NuvaRing was the world’s first vaginal birth-control ring. This small intervaginal device could be easily inserted by a woman to fairly reliably prevent pregnancy.  The convenience factor of this is huge: you insert it once a month. So Merek sold that fact hard as well as the ring’s low hormone dosage, and the result was millions of dollars (although this has slowed considerably as the lawsuits have gotten the word out).

All the NuvaRing lawsuits are very similar to the cases involving Yaz and Yasmin.  Women taking this birth control medication have suffered without even knowing the birth control put them at risk for a pulmonary embolism, deep vein thrombosis (DVT), or a stroke.  Some of these injuries have been fatal.

The suits that have followed don’t just claim the birth control caused these injuries.  They also allege that Merek (and their subsidiary Organon) knew or should have known of these risks and should have warned both doctors and patients of these risks in a way that would give them a chance to make a choice.  Maybe some women who knew of the risk would have kept using Nuvaring.  In fact, I’m sure of it.  But there are lots of different forms of birth control and I think it is fair to say that most women who understand the risks of NuvaRing would head in a different direction.

Why did NuvaRing have these side effects?  Plaintiffs’ medical experts say that this birth control has a propensity to cause what can be lethal blood clots because it delivers a constant dose of hormones which some say causes thickening of blood in the body that leads to these kinds of blood clots.

While the injuries from this birth control are in the same class, the actual injuries and the pain and suffering experienced by each woman has been very different.  As we talk about it below, this is important when trying to figure out the settlement value of these cases.

There are now about 1,500 of these cases pending around the country that are now in an MDL in Missouri.

An Update on the Litigation

All the cases filed in federal court – the vast majority of the suits – are pending in an MDL in Missouri.  An MDL is a “sort of” class action where the case is consolidated for discovery because there are facts and injuries that are common to all of these cases.  What is very different is the injuries.   Some of these claims are for wrongful death and some are for very minor injuries and suit never should have been filed.  And, of course, there are a lot of women in between who suffered awful injuries and have most or fully recovered.

Typically, in an MDL, what happens is that the judge that oversees the litigation presides over a few trials after the discovery is completed.  Why?  The idea is to get an idea of the settlement value of the case by seeing a few cases go to verdict.

In the Yaz birth control cases, which is undeniably a marker for these claims as we will talk about more below, Bayer settled these cases in massive numbers even before an MDL trial.

It appears as though these cases might head down the same path.   We thought the first trial would be in October.   But the case has been pushed back until January 2014 with an order from the court to continue to work with a mediator and report back to him on the progress.

How Would a NuvaRing Class Action Settlement Work?

As we talked about above, the settlement value of these cases is not a single number. The injuries are different and if these cases settle in massive numbers,  there will likely be settlement tiers that will vary by injury and by law firm.  If we have tiers instead of individual settlements, you are going to see rough justice type slotting: fatal cases will be worth X, PE cases with a great level of injury will be worth Y, and so forth.  But ultimately a settlement offer is just that: an offer.  You have to make the call to decide whether to settle the case or whether to opt-out and go further.

The Yaz cases that had many of the same injuries from birth control medication and many of these cases have now settled out-of-court.  It was ridiculous to suggest that those cases do not inform – at least to some extent – attorneys from both parties in the NuvaRing cases.

Estimates on the average values of the case that have settled thus far have varied, but it is fair to say that the average settlement is above – but not much above – $200,000.   Do I think the settlements in these cases will exceed $200,000?   For a lot of reasons, I really don’t.  For whatever reason, and this is not scientific but a look at the cases that came to us, I think the injuries were slightly less serious on average and I do think Bayer has political reasons to want to make the Yaz cases go away that are stronger than what Merck faces.  That said, I think this is the ballpark and I think these cases should settle – in when these claims finally come to rest.

Settlement talks have heated up even more since this was posted back in August.  There may be a resolution to many of these cases very soon.

Have You Brought a Claim Yet?

If you a potential claim that has not yet been filed, you should call us (or another law firm) quickly.   You can call us at 800-553-8082 or get a free online evaluation here