While smoking is commonly known to be extremely harmful to one’s health, most people associate smoking with lung cancer, emphysema, or even heart disease. However, there are other long-term health effects associated with smoking that scientists are just starting to understand.

Researchers in South Korea concluded that cigarette smoking increases one’s likelihood of getting dementia, while quitting or even smoking less can decrease one’s likelihood. This was based on a study they conducted on the relationship between smoking cessation and dementia. 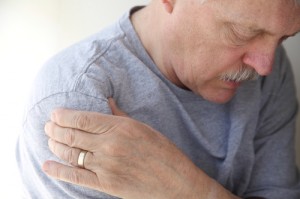 The study, funded by the Seoul National University Hospital, examined 46,140 men, ages 60 years and older. Their objective was to figure out the relationship between developing dementia and quitting smoking. The data they gathered spanned the years between 2002 and 2013.

Following the second questionnaire and examination, researchers followed up with each participant for the next eight years, starting on January 1, 2006. The participant’s role in the study would end on December 31, 2013. Some participants ended their role in the study because of death or dementia diagnosis prior to the aforementioned date. Participants were followed for any development of overall dementia, Alzheimer’s disease, and vascular dementia.

The researchers, however, noted some limitations to their study. They felt as if eight years was not enough time to carefully determine whether or not quitting smoking can significantly impact the risk of developing Alzheimer’s. They also did not consider other neurodegenerative diseases such as Parkinson’s or ALS. (The researchers note that future studies involving a longer follow-up duration and the inclusion of other neurological diseases can help validate this study’s results. Changes in smoking habits were not accounted for during the second health examination. They also noted that because smoking statuses were determined by questionnaire, researchers might not have the exact smoking status of each participant.

However, in spite of these limitations, researchers noted that smokers should quit smoking in order to reduce their risk of developing dementia. They felt that there should be proper education about the benefit of quitting smoking.