In October 2018, settlements in the AbbVies AndroGel lawsuits FINALLY appear ready to resolve.  The drug company and plaintiffs lawyers are dotting the i’s and crossing the t’s on a settlement agreement that would resolve thousands of testosterone cases. (June 2019 Update: $775 million.)

Lawsuits had been filed claiming that the makers of Androgel, AbbVie, failed to warn thousands of men about the potential side-effects of the drug. These side-effects include heart attacks, blood clots, stroke, and even sudden death in extraordinary cases. As the litigation 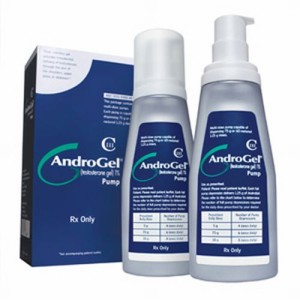 wheels are starting to turn here, AbbVie is trying to gum them up with objections to slow down the process.  You could say everything is going according to plan….

If you are reading this you probably already know this but let’s recap where were are. Currently, there are about 7,000 lawsuits against AbbVie percolating around the federal court system. The various suits allege that the makers of Androgel, AbbVie, neglected to warn thousands of men about the serious side effects of the “Low-T” treatment drug. This drug has certainly been a big hit, understandably so considering that it promises men physical enhancement to counteract the forces of aging. But thousands of lawsuits -allege that low-T drugs can lead to heart attack, stroke, pulmonary embolism, deep vein thrombosis, or other injuries, prompting men across the U.S. to sue AbbVie and the other manufacturers for not being adequately warned of the risks.

That really is what this is about.  No one — at least not many people — are calling for a low-T recall.  The risk might outweigh the benefit for some although probably not many of us.  It is about giving patients and doctors a choice. Tell us what can happen and let us make the call.  They are giving this warning now.  They should have given it to us before.  That is what these lawsuits are about.

The Litigation So Far

The gist of the lawsuits is the argument that testosterone therapy in men increases the risk of a major cardiovascular event through rheological, biochemical, and coagulation system effects that can alter the integrity of blood flow within the coronary artery or cerebrovascular circulations.  Accordingly, as we have been saying, the drug company has a duty to warn of this problem. The is especially true for men who had preexisting cardiac conditions associated with increasing levels of atherosclerotic burden.

The lawsuits against AbbVie are substantially similar in that they focus on this failure to warn the risks of these low-T drugs.  As a result, the cases have been consolidated as “Multi-District Litigation” (MDL) before Judge Matthew Kennelly in the Northern District of Illinois. One of the things that the parties have been directed to do in the preliminary phases of MDL is exchange fact sheets, which contain specific information about each claim. This allows bellwether cases to be selected, which are the first cases that eventually go to trial. Bellwether cases give the parties the opportunity to dip their feet in the water to gauge how jurors will react to various aspects of each case.

In October 2017, the judge presiding over the federal MDL class action has ordered the parties to meet to then provide an update of settlement negotiations.  Will this lead to an Androgel class action settlement?  Maybe.  This is how mass tort cases get to global settlement.  Plaintiff hit with big verdicts and the drug company starts looking at getting rid of the uncertainty on their balance sheets of so much litigation.

Since then, there have been some wins and losses on both sides.  What we have learned is that the juries buy into some of these cases and not others.  This is the best kind of litigation to get settled.

One thing to remember though: lawyers cannot always play nice. The attorneys for AbbVie recently submitted objections to the fact sheets alleging all manner of incorrectness. They suggested that some of the fact sheets were not filed on time and/or contained deficiencies.  We are talking about a lot of plaintiffs so there is some truth to their allegations.  Not everyone complies as quickly as they should. But 90% of these were done correctly and on time.

Opinion: AbbVie Does Not Want to Take a Case to Trial

But this is always the case. Conveniently, they want to delay the bellwether process.  What does this mean?  Delaying trials.  Why? This is what defense lawyers do.  I don’t think AbbVie has any real intention of trying these cases.  They would like to see other non-AbbVie cases go forward first.  Anything to stall and delay and avoid cases getting tried.  Because if a case goes to trial and AbbVie takes a hit, it is a stain on this new company… and the price of settlements is going to keep going up.  They think they are better off stalling and they might be right.  But hopefully, Judge Kennelly will hold their feet to the fire.  A delay in some fact sheets has nothing to do with getting a small group of cases ready for trial.  Plaintiffs’ lawyers know this, defense lawyers know this — everyone knows the score.

Case Status: Where Are We Going?

As I said, everyone now expects the lion’s share of these cases to settle.  Now we are just waiting to see what the settlement values for these cases.  I’m also going to interested to see how many victims who are bitter at the amount of money they will be receiving chose to opt-out of the settlement and keep pushing forward.