Much of this blog is dedicated to giving you news on significant court cases that take place throughout the country. These cases are not your typical Judge Judy, small claims type deals. They are 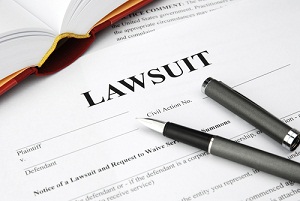 Typically, big personal injury cases usually manifest themselves in class actions, Multi-district Litigation, and/or mass torts. Although these types of litigation have a lot in common, they are truly nuanced, meaning it takes an experienced attorney to fully comprehend how they work.

But of course, it helps to have a basic understanding in the first place. Here is a little bit about how a mass tort works.

You cannot go around defining “mass tort” without defining “tort.” The law school definition of a tort is a “civil wrong,” committed by one person against another that results in injury. The most common tort that we as personal injury attorneys deal with is negligence.

However, torts also include assault, battery, intentional infliction of emotional distress, trespass, and many more. In most tort cases there is one plaintiff suing one defendant. For example, in a trespass case, the property owner would sue the trespasser. The same is true of car accident cases where you have the injured victim suing the negligent driver. Of course, the insurance company is usually brought in as a defendant too.

Mass torts happen when there are multiple plaintiffs who sustained an injury from the single tort of one or more defendants. Common mass tort claims involve lawsuits against manufacturers of consumer products or pharmaceuticals. In these scenarios, one product or one drug can harm multiple people. Mass torts allow these victims to consolidate their cases for efficiency and consistency.

A group of plaintiffs cannot just come together and form a mass tort on their own. But they have to ask permission from a court. The court considers the number of plaintiffs, the geographical location of the plaintiffs, the similarities of their injuries, and how closely associated the individual claims are. If a court believes that these factors (among others) are satisfied, then it will go ahead and order a mass tort action and publish notice of the action so other interested parties can join.

Mass Torts Have Advantages and Disadvantages

A mass tort is advantageous for both plaintiffs and defendants. Discovery, investigation, use of expert witnesses, and general pretrial preparation are transferable between the plaintiffs so it cuts down on the efforts that have to be expended by both sides. Plus, this gives the plaintiffs’ attorneys a better opportunity to share common information that will help maximize the values of individual cases. It is not as though these types of claims are easy to bring. So an experienced and competent personal injury mass tort attorney is required to ensure that a claim is adequately pursued.

What About a Class Action?

This is one way I have described the difference:

A good way to tell these two apart is to think about this situation: your 20-year-old son, your 80-year-old aunt, and your 2-year-old nephew each purchase a bottle of soda. Let’s say the soda is tainted and causes each of you to contract pneumonia (all the more reason to drink water). Pneumonia will affect each family member differently, so each should be entitled to a recovery against the soda company that aligns with the severity of their injury. That’s where a mass tort comes in. On the other hand, lets say each family member bought a soda, and a year later the company was found to be guilty of price-fixing, meaning each of your family members paid $1 more than they should have for the soda. Each of their injuries is the same here ($1 loss), so a class action is the way to go.

Here are some examples of mass torts I have covered in previous posts: