A recently published report by Citron Research has identified over 80 deaths associated with da Vinci robotic surgery. Those deaths are in addition to the thousands of serious injuries related to the system.According to the report, over 4,600 adverse events were reported to the FDA.

Billed as less invasive than standard surgery, Intuitive Surgical, the da Vinci manufacturer, stated that “you can have major surgery with only a few tiny incisions. It was said that a surgeon could operate with better visualization, precision, dexterity, and control than by using traditional surgical approaches.” But at what cost? 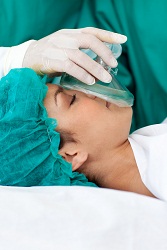 The analysis found a number of disturbing trends, including a high rate of death and injuries that occurred following typical, routine surgeries. Citron further reports that, “Beyond the burns, perforations, and lacerations that appear far too many times, over 90% of the reported incidents are reported by Intuitive Surgical, which inserts in every possible instance, including some that are clearly unfathomable….that the complications or problems resulting from the surgery had nothing to do with the da Vinci device, and/or that the machine appears to be functioning without error.” Intuitive Surgical repeatedly added its own comments in reports, in a sad attempt to avoid legal liability, that seems to absolve the da Vinci of any responsibility.

In response to a federal wrongful death lawsuit that was filed after the death of a 24-year-old woman sustained severe burns to her intestines and arteries during a hysterectomy, Intuitive Surgical indicated that there was no way to determine if the da Vinci system contributed to the patient’s death. If it looks like a duck, walks like a duck….well, you know the rest. Crazy, just plain crazy.
Intuitive Surgical made $233 million in profits in 2011. While some investors predict that Intuitive Surgical’s stock will hit $600 per share this year, Citron sees it quite differently. Last month, another Citron report predicted that stock in Intuitive Surgical will be cut in half during 2013 as the problems with the da Vinci will become painfully obvious. The research group suggests that, due to the increased awareness about the risk of complications, and the mounting number of lawsuits filed, the number of robotic surgical procedures involving the da Vinci system will dramatically drop over the coming year. They feel the stock, which has seen a 52-week high of more than $590 a share, will drop to $350 before eventually falling to $250 a share over the next eighteen months.

Since early last year, we have been telling you about the lawsuits that are popping up. According to the allegations raised in the complaints, Intuitive Surgical sold the surgery system without ensuring proper training and instructions for surgeons, and without providing adequate warnings for consumers about the risks associated with the da Vinci robot.

Sadly, Citron indicates that the identified problems are likely, “just the tip of the iceberg.” How many more deaths and injuries will be caused before this robotic nightmare is taken off the market is anyone’s guess.

If you have experienced an injury after a robotic surgery or procedure, including one by Intuitive Surgical’s da Vinci Surgical System, contact our medical malpractice and medical device lawyers at 1.800.553.8082, or online.