This has prompted a growing number of lawsuits against the manufacturers of infant formulas Similac (Abbott Laboratories) and Enfamil (Mead Johnson) by parents of premature infants who were fed with formula and developed NEC. The lawsuits allege that Abbott and Mead negligently failed to warn parents and doctors about the NEC risk their products posed for preemies.

There are currently around 60 NEC infant formula lawsuits pending in both state and federal courts around the country, but hundreds and possibly thousands more are expected to be filed in the near future. This has prompted both Abbott and Mead to request that all NEC lawsuits in federal courts be consolidated into a new MDL. In this post, we will look at the MDL requests and speculate on the most likely venue and what it might mean for the NEC litigation moving forward.

About the NEC Formula Lawsuits

Most infant formulas are made from cow milk with additional additives. In recent years, medical research has emerged which shows that cow’s milk-based infant formulas can be dangerous when fed to infants that are born prematurely. Studies have consistently shown that bovine formulas such as Enfamil and Similac can dramatically increase the risk of necrotizing enterocolitis (NEC) in premature babies.

NEC is a very serious neonatal condition involving an aggressive bacterial infection in a baby’s gastrointestinal tract. The bacteria invade the intestinal tissue and cause rapid tissue decay, eventually forming a perforation in the wall of the intestine. NEC can be very dangerous and often fatal because the damage to the intestinal wall allows bacteria to escape and lead to systemic infections. Around 25-50% of premature infants who develop NEC die. 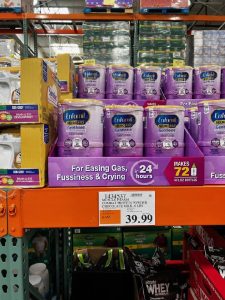 Although there are many brands of infant formula, the two most widely used brands on the U.S. market are Enfamil and Similac. Enfamil is made by Mead Johnson Nutrition Company (“Mead”) and Similac is manufactured and sold by Abbott Laboratories Inc. (“Abbott”).

Abbott and Mead have been well aware of the scientific evidence showing that their formulas greatly increase the risk of NEC in premature babies. Despite this knowledge, however, neither company has ever put any type of warning label on their products advising doctors or parents about the risks of NEC in preemies.

Since December 2019, a growing number of product liability lawsuits have been filed against Abbott and Mead by or on behalf of premature infants who were administered Similac and/or Enfamil and subsequently developed NEC. The lawsuits allege that both Abbott and Mead were negligent in failing to warn that their bovine formula products presented a unique risk of NEC when fed to babies born prematurely.

In January, Abbott filed a petition with the Judicial Panel on Multidistrict Litigation (JPML) asking the panel to consolidate all NEC Similac lawsuits in federal courts into a new MDL. The petition outlined the common allegations in the NEC lawsuits and then offered an overview of the size of the litigation nationwide.

According to Abbott’s MDL petition, it was named as a defendant in 64 NEC formula lawsuits filed in 2020. The 64 Similac NEC lawsuits filed against Abbott last year were brought on behalf of 146 different premature infants. 24 of the lawsuits were filed in the last 2 months of 2020.

Mead Johnson also summarized its own NEC litigation caseload around the country. Mead is a defendant in a total of 10 NEC Enfamil lawsuits in federal courts. Abbott is a co-defendant in 8 of these and 2 are against Mead Johnson only.  9 of the 10 NEC federal court lawsuits against Mead were filed in the previous 3 months. The federal cases against Mead have been filed in venues across the U.S. including both the east and west coasts and the south, with Illinois being the most common location.

Mead is also defending 43 NEC formula lawsuits in state courts and Abbott is a co-defendant in all of them. All but 1 of the state court NEC Enfamil lawsuits have been filed in Illinois. According to Mead, however, very few of the plaintiffs in these cases are Illinois residents and only 1 involves a premature infant born within the state.

Mead notes that it has already filed motions to dismiss in almost all of these cases based on lack of personal jurisdiction and/or forum non-conveniens. If these motions are successful, Mead anticipates that most of these dismissed state court cases will end up in federal courts.

Lawyers for a large group of plaintiffs with federal court NEC formula lawsuits against Abbott and/or Mead have submitted their own brief to the JPML indicating that they are also in favor of MDL consolidation. Plaintiffs’ lawyers in most product liability mass torts are generally in favor of consolidation for a variety of reasons all of which are fully applicable in the NEC lawsuits.

Will the NEC Infant Formula Cases Be Consolidated in an MDL?

The fact that all three of the litigants in the NEC formula lawsuits (Abbott, Mead, and the plaintiffs) are in support of MDL consolidation certainly makes it very likely that the JPML will grant the petition and create a new NEC formula MDL. This is not a sure bet, however.
The JPML is not in any way bound by the fact that all of the parties are requesting consolidation. The panel can and will make its own determination as to whether MDL consolidation is necessary.

The one aspect of the NEC lawsuits that might prevent the JPML from granting the consolidation request is that there are comparatively few pending cases. There are currently less than 20 NEC lawsuits pending in federal courts. Abbott and Mead both claim that many of the 43 cases in Illinois state courts will soon be dismissed and re-filed in federal court. But this is optimistic speculation at best, and the panel could very well take a much different view of the likelihood of dismissal.

Even if all of the Illinois state court cases were transferred to federal courts, however, the JPML could determine that there were still not enough pending cases to warrant consolidation into an MDL. The panel has done exactly that before in prior MDL requests involving mass torts with under 100 pending cases. Ultimately, however, we believe that the agreement of all the parties involved will be enough to prompt the JPML to grant the request and consolidate the NEC formula lawsuits.

Abbot and Mead are both requesting that the NEC formula lawsuits be consolidated in the District of Connecticut and assigned to Chief Judge Stefan R. Underhill. Underhill was appointed to the bench by President Clinton in 1999 after a long career as a commercial litigation attorney. The plaintiffs, however, oppose Connecticut as a venue and have suggested that the Northern District of Illinois would make more sense.

Abbott and Mead’s reasoning for why Connecticut and judge Underhill is the most appropriate venue for the MDL is paper-thin. Abbott touts judge Underhill’s extensive experience with MDLs and points out that he has already handled two of the early NEC lawsuits in which he ruled on some motions. They also claim that Connecticut is as good as any other venue because it is “close to New York’s major airports and minutes from Amtrak rail service.”

Both of Abbott’s arguments as to judge Underhill and Connecticut are flawed. Judge Underhill has had limited involvement in a single NEC lawsuit that was voluntarily dismissed. Although he did rule on a pretrial motion in that case, this hardly makes him uniquely more qualified than any other federal judge. Rather, Abbott’s preference for judge Underhill more likely stems from the fact that he ruled in their favor on that motion and they believe he is predisposed to their side. 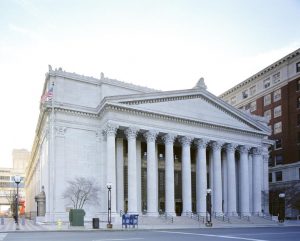 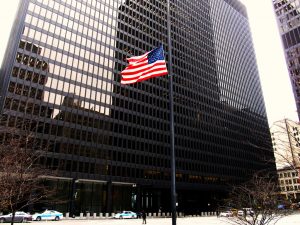 Moreover, Connecticut is hardly alone in being near major airports and rail services. Just about all federal courts are in major cities in very close proximity to major airports and rail services. The other problem with Abbott’s Connecticut argument is that it ignores the fact that there IS another venue that would be a more obvious choice: Illinois.

Nine of the 19 total NEC formula lawsuits in federal court against Abbott and Mead are already pending in the Northern District of Illinois and all but 2 of the state court cases are also pending in Illinois. On top of that, Abbott’s corporate headquarters is in the Chicago area.

Mead Johnson’s parent company is also based in Chicago. The Northern District of Illinois is certainly not a perfect location, but it makes infinitely more sense than Connecticut. The only real connection Connecticut has to the NEC litigation is that Abbott got a good ruling in a previous NEC case there.

Contact Us About Filing an NEC Infant Formula Lawsuit

If your premature infant developed NEC after being fed with a bovine formula product, our lawyers can help you file an NEC formula lawsuit and seek compensation from the formula manufacturers. Call us 800-553-8082 or contact us online.