Surgimesh is another type of hernia mesh implant made from polypropylene plastic that is similar in design to the hernia mesh devices that have generated thousands of product liability lawsuits in recent years (e.g., Ethicon Physiomesh, Atrium C-Qur, etc.).

A recently filed product liability lawsuit in New Mexico alleges that the Surgimesh has the same dangerous design flaws as the other polypropylene hernia mesh implants. This new Surgimesh lawsuit could potentially be the first of many and open a new front in the hernia mesh mass tort ligation.

Surgimesh is a line of hernia mesh and general surgical mesh implants manufactured by Aspide Medical (a French company) and distributed in the U.S. by BG Medical, LLC. The Surgimesh is a non-absorbable synthetic mesh, made of non-knitted, non-woven polypropylene fibers. One side of the mesh is coated with silicone to prevent abnormal tissue attachments.

Surgimesh was first released on the U.S. market for use in abdominal hernia repair surgery back in 2008. BG Medical and Aspide obtained “clearance” to market the Surgimesh product under Section 510(k) of the Medical Device Amendments to the Food, Drug, and Cosmetic Act. Section 510(k) permits the marketing of medical devices if the device is substantially equivalent to other legally marketed predicate devices without formal review for the safety or efficacy of the device.

A product liability lawsuit was filed in the District of New Mexico in August 2021 alleging that the Surgimesh XB was defective because the polypropylene was not biologically compatible inside the body. The plaintiff, Melvin Todacheene, had a Surgimesh implanted during a hernia repair surgery in August 2017.

He subsequently experienced pain, abscess, scarring, mesh migration, hernia recurrence, and seroma as a direct result of the failure of his Surgimesh implant.  Exactly 1 year after the Surgimesh was implanted inside him, Tedacheene had to undergo surgery to remove the Surgimesh in August 2018.

The Todacheene lawsuit alleges that the Surgimesh was defective in its design because the polypropylene material was not suitable for its purpose. After all, it was not biologically compatible inside the body. The available scientific evidence shows that the polypropylene material is biologically incompatible with human tissue and promotes deleterious immune responses in a large subset of the population. These negative responses promote inflammation of the surrounding tissue and contribute to the development of severe adverse reactions to the mesh. 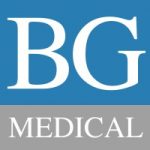 Like other hernia mesh lawsuits, the Todacheene Complaint also claims that the polypropylene component of the Surgimesh is also prone to shrinking and contracting after being implanted in the human body, which results in multiple severe complications including but not limited to pain, hernia recurrence, organ perforation, device migration, and meshoma.

The lawsuit also claims that BG Medical failed to include proper warnings about the risks of the Surgimesh in the product labeling:

Contrary to Defendants’ representations, the Surgimesh product has a high rate of failure, injury, and complications associated with its intended use; the product fails to perform as intended resulting in debilitating subsequent revision surgeries for users of the medical device, including Plaintiff. Despite their knowledge of this dangerous side effect that can result from Surgimesh use, Defendants refused to warn patients, physicians and the medical community about the risks.

The factual allegations and product liability claims in these 3 previous Surgimesh lawsuits were essentially identical to the facts and claims in the recent Todaceene case, all of which are generally consistent with the claims in the other hernia mesh lawsuits.

If you have a potential hernia mesh implant lawsuit, time may not be on your side. Contact a hernia mesh attorney at Miller & Zois at 800-553-8082 for a free consultation.