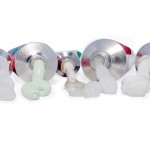 For months now, we have been writing about the onslaught of information pouring in regarding testosterone therapy and the negative side-effects associated with its use.

Testosterone products, prescribed to treat low testosterone (“Low T”) in men, have become popular among young men seeking physical enhancement, as well as older men who want to counter signs of aging.  Research, however, shows that low testosterone treatments may double the risk of heart attack for young men with heart disease as well as for men 65 years of age and older, even those who have had no heart problems.  Is it worth the risk if not medically necessary?   The FDA says no.

Now, after more than a year of mounting concerns regarding the use of these productions, federal drug regulators are requiring written warnings about the potential risk of heart attack and stroke for users.  It is being indicated that the medication should only be used by men with a true medical need.  The FDA announced that it is ordering label changes for all prescription “Low T” drugs including AndroGel, Axiron, and Testim, as well as the lesser known testosterone gels, creams, patches, and injections.

Men who have used one or more of these supplements or low testosterone products and have suffered cardiac arrest, stroke, other heart-related issues, and side effects are filing suits contending they were not properly warned of the risks.  With more than 1,000 complaints already having been filed, and several thousand more expected, all the complaints involve nearly identical allegations that these products caused heart attack, stroke, pulmonary embolism, DVT, or other injuries.

Today in a press released, the FDA warned “that prescription testosterone products are approved only for men who have low testosterone levels caused by certain medical conditions.”  This hasn’t seemed to make a difference before this though, so whether or not men will be apt to listen now, time will only tell. The research has been shared and publicized for quite some time, with new concerns such as the increased risk of deep vein thrombosis (DVT) which can lead to life-threatening complications including pulmonary embolisms.  Despite these concerns, testosterone supplementation in the United States has increased substantially. The increasing popularity of the medication is astronomical.  Unfortunately, marketing plays a huge part in this.  These drugs are promoted as a miracle for men to combat their concern of fatigue, decreased sexual virility, and other symptoms that are common with aging.

In order to accommodate the growing number of lawsuits being filed, a multidistrict litigation (MDL) was recently established before U.S. District Judge Matthew Kennelly in the Northern District of Illinois. Established to help reduce duplicative discovery, avoid conflicting rulings, and to serve the convenience of the parties, witnesses and the courts, the first Androgel trials are expected to begin in late 2016. These early trials, known as Bellwether trials, help gauge how juries will respond to certain evidence and testimony that could be repeated throughout thousands of cases nationwide.

Getting a Lawyer for Your Case

If you or a loved one has suffered an injury after the use of one or more of these products, we want to hear from you.  Contact us at 1.800.553.8082 or online here so we can discuss your options and see if you are entitled to compensation.