I recently heard that if we all keep taking antibiotics we will be responsible for creating the “superbug.” The theory is that since the advent of antibiotics nearly 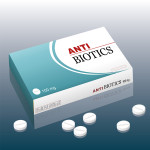 a century ago, we have caused bacteria to become so resilient that normal antibiotics will be ineffective in the not so far future. Incurable infection and bacteria will purportedly run rampant through the streets, and I can only assume that our society and landscape will be a barren wasteland similar to that of Mad Max. Ok, maybe not that last part, but there’s no denying that there has been a serious proliferation of antibiotics. While these have revolutionized medicine and generally increased health on the whole, there are complications that can arise unrelated to the infections that antibiotics are prescribed to treat.

Recently, a group of antibiotics referred to as “fluoroquinolones” has been linked to permanent nerve damage. The risk is real, and the side effect is referred to as peripheral neuropathy.

Fluoroquinolones are the most widely used class of antibiotics. The class includes specific drugs such as Levaquin, Cipro, and Avelox, which are prescribed to an estimated 23 million people each year. Just like any bad drug, the antibiotics were marketed as safe and effective, however recent side effects are linking the drugs to a condition called “peripheral neuropathy.” This is a permanent form of damage that attacks the peripheral nervous system causing pain, weakness, burning, tingling, sensitivity to light, and motion in the arms or legs.

Here’s the thing, this is not exactly breaking news. Studies have shown a link between nerve damage and fluoroquinolones dating back to 1992. In 2001 an American study published the results of a long-term evaluation of patients with fluoroquinolone related nerve damage. Around 80% reported that they still felt the effects of the condition approximately a year after taking the medication. And half of that group reported the condition as “severe.”

In 2004, a nerve damage warning was added to the medication, but these warnings suggested that peripheral neuropathy was rare, not severe, and not permanent. False, false, and false.

2013, cue the federal government. The FDA picked up on these side effects as well and insisted that stronger warnings be added to certain fluoroquinolones given the risk of nerve damage. Specifically, the FDA’s warnings stressed that the problem might not be as rare as one may think. Plus, they mentioned that the risks actually exist long after the drug is out of your system. Luckily, doctors are now compelled to tell patients that are prescribed fluoroquinolones that, should they experience any symptoms of peripheral neuropathy, they should seek treatment and utilize a different antibiotic.

Problems like these arise when the drug company tries to sweep side effects under the rug. Here, this situation could have been avoided by the drug manufacturer warning people about the possible harmful effects of these antibiotics a long time ago. Luckily, patients are in a much better position to make a judgment call when it comes to whether they should take these drugs. The warnings are much clearer, but remember this is something that the drug manufacturers had knowledge about going back to 1992.

People are suing the manufacturers since they clearly failed to warn about the side effects of these drugs. Financial compensation is available to those who were affected by these unfortunate and permanent side effects.

Our law firm is looking at these cases. You can call us at 800-553-8082 and discuss your options or you can get a free on-line confidential claim evaluation.