Our lawyers have been involved in the 3M earplug claims from the beginning.  Veterans calling us today are increasingly asking a new question: has the statute of limitations deadline passed to bring my 3M earplug lawsuit?

This is a battlefield in the Atkins trial which is now underway.  On September 29, 2021, the MDL trial judge ruled that whether or not the statute of limitations deadline has passed for the plaintiffs’ 3M earplug lawsuit is a question for the jury.  So when the deadline to file a 3M lawsuit in these cases is a moving target.

So my stock answer is that you should move your case forward as quickly as possible but there likely will not be a statute of limitations problem.  But the real answer is more complicated and that is what I want to explain to you today.

If you walk about with one take-home message from this post it is that if you have a potential 3M earplug lawsuit, call a lawyer.  Today.  Now.  I’d love you to call us but the important thing is that you call an attorney handling these claims immediately before you lose your rights.

Last month, lawyers for 3M moved for summary judgment in one of the upcoming earplug bellwether cases (Blum v. 3M) on the grounds that the plaintiff’s claims were time-barred under the statute of limitations.

In this post, we will look at the legal arguments in 3M’s summary judgment motion and explain

Plaintiff Michelle Blum is similar to many other plaintiffs in the 3M earplugs litigation. Blum used 3M’s Combat Arms earplugs (“CAE”) while serving in the U.S. Army. Blum was discharged from the Army in 2009 and she later became one of over 200,000 plaintiffs to file a lawsuit against 3M alleging that she suffered hearing loss as a result of defects in 3M’s earplugs. 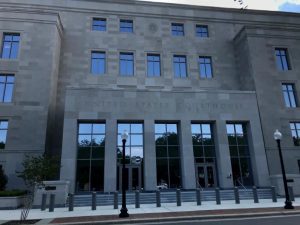 Blum claims that she first suffered hearing damage and tinnitus at some point BEFORE she was discharged from the Army in 2009. She did not file her lawsuit against 3M until 2019, 10 years after the date of her injury.

This makes Blum’s case similar to a large group of other 3M cases in which there is a long time gap between the time of the plaintiff’s hearing loss and the date of the claim against 3M. Blum is a resident of New York and, therefore, her claims are subject to New York law.

In its Motion for Summary Judgment, 3M argued that Blum’s claims are time-barred under the applicable statute of limitations. Under New York law, the applicable statute of limitations for Blum’s claims against 3M was 3 years (except for her warrant claims which had a 4-year SOL). N.Y. C.P.L.R. § 214(5). Blum filed her case on June 20, 2019, so her claims are only timely if they “accrued” after June 20, 2016.

3M argued that Blum’s claims accrued in 2009 at the latest based on the fact that Blum testified that she first experienced hearing loss and tinnitus before her discharge from the military in 2009. In response, Blum contended that 3M is precluded from raising the SOL defense based on the equitable estoppel doctrine. Equitable estoppel prevents a defendant from using the statute of limitations as a defense when the defendant’s own “affirmative wrongdoing” causes the plaintiff’s delay in filing their claims. Putter v. N. Shore Univ. Hosp., 858 N.E.2d 1140, 1142 (N.Y. 2006). In this case, Blum argued that equitable estoppel applied because 3M actively concealed defects in CAE earplugs and misrepresented them as safe, thereby preventing Blum from realizing she might have a claim.

Judge M. Casey Rogers thoroughly rejected all of 3M’s statute of limitations arguments and found that there was sufficient evidence for a jury to apply the doctrine of equitable estoppel:

As this Court has previously found, “there is ample record evidence from which a jury could find that Defendants affirmatively misrepresented information regarding the CAEv2 to both the military and to soldiers. … [T]here is evidence in this case that Defendants were aware—as illustrated by the Flange Memo—that the CAEv2 had design defects and that initial testing did not support the advertised NRR. Yet, “despite this adverse information,” Defendants arguably “concealed these reports and continued to issue false advertising” to the military and the public “about the superior efficacy and safety of” the CAEv2.

Judge Rogers rebuffed 3M’s counter-argument that equitable estoppel cannot apply because 3M merely “maintained the status-quo” in the hopes that the defects in the earplugs would go unnoticed. Judge Rogers pointed out that 3M did not simply remain silent or fail to disclose the defects in the 15 years that the CAE earplugs were sold to the military:

Rather, Defendants engaged in subsequent, specific actions after the initial distribution of the CAEv2 to the military in order to conceal their internal test results which they knew showed the CAEv2’s design defects and that initial testing did not support the advertised NRR.

Judge Rogers also found that there was sufficient evidence to create a triable issue of fact as to whether Blum actually relied on 3M’s misrepresentations regarding the earplugs. According to Judge Rogers, there was “ample record evidence” from which a reasonable jury could find that 3M affirmatively misrepresented information regarding the earplugs to the military and that the military conveyed those misrepresentations to Blum and other soldiers. 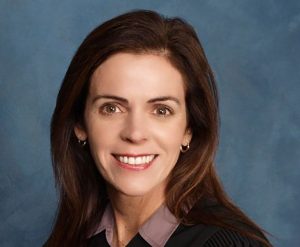 Based on these findings, Judge Rogers denied 3M’s Motion for Summary Judgment (ECF No. 34).

Impact of this Ruling on 3M Litigation

3M’s motion in the Blum case on the statute of limitations issue was likely part of a larger strategy to knock out a large chunk of cases with similar time delays between injury and lawsuit.

Unfortunately, Judge Rogers’ denial of 3M’s motion is not the final say on this issue. She merely ruled that there is sufficient evidence for the equitable estoppel issue to be decided by a jury when the case goes to trial next month.

This sets the stage for a very important battle when the Blum case goes to trial in October. 3M’s defense team will undoubtedly make a strong push to convince the jury that they did not actively conceal or misrepresent the safety of the CAE earplugs and, therefore, the statute of limitations should be applied. If 3M succeeds and the jury rules in their favor on this issue, it could threaten the thousands of other cases with similar limitations issues to Blum.

What is the statute of limitations on 3M earplug lawsuits?

It depends on what state you live in, but the statute of limitations on a 3M earplug claim can be anywhere from 2-5 years.

Does the statute of limitations get tolled for active military service members?

Yes. The Servicemembers Civil Relief Act (50 U.S.C. 3936(a)) tolls the statute of limitations in civil cases while individuals are on active duty.

Have there been any 3M earplug settlements?

As of Septmber 2021, 3M has not settled any of the 3M earplug lawsuits. There have 2 trials and 2 have resulted in plaintiff verdicts. A global settlement is expected in 2022.

It is not too late to file your own 3M earplugs lawsuit. Contact our lawyers today for a free case consultation.