Medical device and drug-induced liver injuries can develop following the use of a wide range of drugs, including over-the-counter drugs like Tylenol and Hydroxycut, and prescription drugs such as:

As we will talk about below, not all these drugs are bad. Drug-induced liver injury is common.  Almost every class of medications has a drug that can cause or exacerbate the liver disease.

There are many conditions for which the risk of the underlying condition makes the liver injury risk acceptable.  But some drugs should never have been put on the market because they were not properly tested to determine whether there was a liver injury risk.

Types of Liver Injuries from Drugs

The number one reason drugs are pulled from the market is that they cause hepatoxicity (liver injury).  These drugs can cause the following problems in the liver:

Two kinds of liver injuries are caused by drug use.  Nonidiosyncratic liver injuries, like Tylenol for example, are predictable injuries.  We know that Tylenol is dose-responsive and that too much Tylenol can cause liver injury.  Idiosyncratic hepatotoxicity, which accounts for 11% of these cases, is completely unpredictable.

Who Is at Risk?

Who is responsible for cases like this?  Sometimes, it is the drug manufacturer because they knew or should have known of the risk of the drug and have either never put it on the market or a warning should have been placed that properly advised doctors and patients of the risk.

Certainly, this is where the battle raged on in the Tylenol lawsuits.  There is no dispute that acetaminophen is a dose-related liver toxin.  It is particularly dangerous in conjunction with alcohol.

It was known in 2002 that there were over 56,000 ER visits, 26,000 hospital stays, and 458 deaths from acetaminophen.   McNeil also knew something else important: almost a quarter 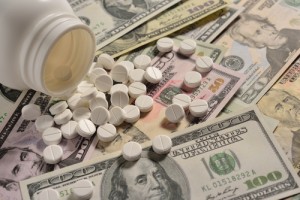 of the people taking the drug were using more than the recommended dosage.  McNeil failed to issue a meaningful warning.

If a meaningful warning was issued, the doctors have to step up and make sure the patient is a candidate for the drug given the patient’s condition and the risk of the drugs for that particular patient.

Does that sound like it has all the makings for a successful class action lawsuit?  But it did not work out that way.  These cases went nowhere.

If you want an attorney to help you figure out whether you have a claim against a doctor or a healthcare provider for your liver injury, call us at 800-553-8082 or get a free online consultation here.