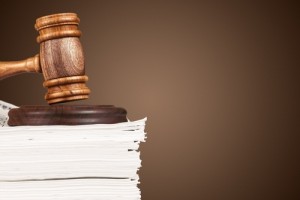 jury. Throughout the course of the lawsuit, there will be other “lesser” things that you will ask the court to do. For example, perhaps you want the court to exclude certain evidence, protect certain information in discovery, or even dispose of the case without ever having to set foot in a courtroom. Considering that courts are formalized tribunals, you cannot just make a call or send them a letter. This is where a motion comes into play.

So really, the concept behind a motion is fairly simple. It is a formalized way of asking a court to do something. In motion practice, the pressure is on the parties, not the court. By this, I mean that courts do not file their own motions and direct themselves. The parties are responsible for directing the court’s attention to the issues that can be addressed via motion. In order to do this, a memorandum of points and authorities typically accompanies a motion. This lays out the legal justifications behind why a court should grant or deny a motion and usually includes a statement explaining why they can bring the motion in the first place. Motion practice is not a single-party effort either. The other side has the opportunity to respond to the motion with their own points and authorities. Here, the parties will present oral argument and evidence to the judge as to why they should grant or deny a motion. It is ultimately up to the judge whether to grant a hearing, however some rules require a judge to hold one before granting a party’s motion.

There is a huge strategical underpinning behind motions given how they have the potential to determine how a case will play out or whether it will even continue. I will address some of these types of motions below. However, it is important to realize that there are time requirements for motions, such as when they can be filed and by which date they must be responded to. This has big implications because certain motions are waived if you do not raise them before certain times.

Of course, these are considerations that are generally brought up when dealing with pre-trial motions. Post-trial motions are similar, except instead of asking the court to do something in anticipation of trial, you are asking them to change something about the decision that was made or trying to get a new trial altogether.

Here are some of the most common motions that you come across in civil litigation:

This list has only scratched the surface of motions practice. However, writing and filing motions is a huge aspect of civil litigation, meaning you really need a skilled lawyer to make the most of any litigation.