Jurisdiction and venue often arise in the context of “forum shopping” when filing lawsuit.

Unquestionably, it is better to file a lawsuit in some places compared to others and good lawyering requires careful consideration of venue and jurisdiction and the distinction between the two.

In many jurisdictions, like Maryland and Virginia, one or two places tend to be the preferred stop for plaintiffs’ lawyers for personal injury lawsuits.

To better understand  “forum shopping,” you have to understand the concept of a “forum” in the first place, which requires an understanding of the difference between personal jurisdiction and venue. Before we distinguish jurisdiction from venue, let’s talk about them both. 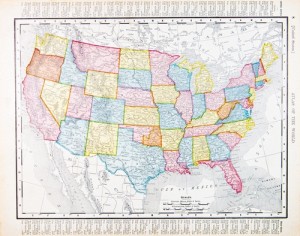 Personal jurisdiction is an incredibly important piece of the puzzle when putting together a lawsuit. It boils down to is a court’s ability to exercise its power over an entity, whether that is a person, business, trust, etc.

For example, say you are a Maryland resident, it would feel unfair if an Oklahoma court could render a judgment over you if you have no connections to that state. That is where the doctrine of jurisdiction comes into play: it is all about the court’s ability to bring you under its power.

So what gives a court the ability to exercise jurisdiction over you? Contacts. Specifically, contacts with that court’s geographic jurisdiction.

One of the easiest contacts a court can use is residency or domicile. If you are a resident of a state or intend to make your home there, it makes sense that you have “submitted yourself to the sovereign” that is that state, meaning their courts can exercise jurisdiction over you.

But jurisdiction can also come into play if you have contacts within a certain location other than your home state. So say you are a Maryland resident, but you run a business in Oklahoma and spend a couple of months of the year there running it. Then it would seem more appropriate for Oklahoma courts to exercise their power over you since you operate a business within its borders.

This is where the notion of “forum shopping” comes into play and venue v. jurisdiction. A plaintiff will obviously pick the forum they feel is most strategically beneficial for their case.

Take a slight variation on our example above: say you were injured in a car accident by someone who was a Maryland resident but also had substantial business contacts in Oklahoma. Even though you could sue in Oklahoma, you would probably sue them in Maryland because of convenience, especially if your comparison of jurisdictions led you to believe you think you would get a better shake in Maryland.

Venue should be thought of as a subset of jurisdiction. While personal jurisdiction is crucial to a court actually having the power to make a judgment, venue is more concerned about geographical convenience.

While each state is thought of as its own jurisdiction, there are multiple proper “venues” within each state where a case could be heard. For example, within the jurisdiction of Maryland, there are 24 separate venues (23 counties and Baltimore City.) So after it is determined that a State has personal jurisdiction over the defendant, you also have to figure out in which venue proceedings will take place.

Determining venue often looks similar to the process of figuring out personal jurisdiction, though the rules are not as strict since a state can exercise the same laws regardless of the selected venue.

So at the end of the day, even if the case was properly filed in Baltimore City, the defendant could ask the court to move the case to Worcester County purely on convenience grounds. Because Maryland law still governs regardless of which venue is ultimately selected, personal jurisdiction is not a concern.

What Is the Difference Between Jurisdiction and Venue?

The Law to Determine Venue

Most states have similar laws when it comes to disputes as to what is the appropriate venue. In Maryland, a variety of factors are weighed to determine the venue that best serves “the convenience of the parties and witnesses and serves the interests of justice” under Maryland Rule 2-327(c).

Look at that list of factors.  So many of these are “eye of the beholder” factors that require subjective analysis.  So judges will apply their own biases to the analysis.  This means that so much of the decision of where your case will be heard depends on the whims of a single person.

Appellate courts give these judges a long leash to decide proper venue.  The standard on appeal to overturn a judge’s call on venue is abuse of discretion.

What Is Abuse of Discretion?

Abuse of discretion is whether a judge’s ruling is arbitrary or unreasonable.   So the appellate judge do not do what they think is best.  Instead, they are looking at whether a reasonable judge could have ruled as the judge did.  Maryland law describes this as the “decision under consideration has to be well removed from any center mark imagined by the reviewing court and beyond the fringe of what the court deems minimally acceptable.   So a court’s decision on venue can only be reversed if the “ruling either does not logically follow from the findings upon which it supposedly rests or has no reasonable relationship to its announced objective.”

Venue is incredibly important for personal injury cases. In states like Maryland, there are often disparities between the amounts that juries award in urban areas versus those awarded from rural juries. That being the case, plaintiffs’ attorneys always want to file their cases in the most plaintiff-friendly venue possible (Baltimore City or Prince George’s County in Maryland).