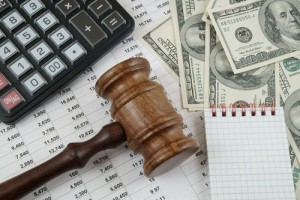 cases. People tend to throw around terms such as “general damages,” “special damages,” “non-economic,” and “economic” damages, so this post should help you differentiate between these various types of damage awards.

What Are Special Damages?

What is so special about special damages? Well, not much other than the fact that they can be readily quantified.  Whenever a car accident or other type of personal injury accident occurs, the injured person will incur expenses associated with the accident.  These are hard numbers that can be measured.

For example, medical expenses are the most common expenses that people run across. However, special damages can include lost wages and the cost of repairing property. What do all these things have in common? They are easy to calculate. For example, to calculate the cost of medical expenses, you simply add up all the medical bills. The same goes for lost wages and repair costs. The simple act of multiplication and addition is all that you need to figure out the exact value of these losses.

To illustrate, let us take a car accident case where the victim was injured, had to have her car repaired, and missed one day of work. Luckily her injuries were minor, only requiring a quick trip to the ER which cost $600. Her car repairs were minor as well, say $1,000. And she only missed one day of work making $20 per hour ($160 for an 8 hour day). To find out the special damages that stemmed from the car accident, all you would need to do is add up these values, which would total $1,760. This is a pretty basic example, but you get the idea.

Future medical care and medications and future lost wages are also special damages. While these can be a bit more tricky to quantify, expert witnesses can be utilized to predict the value.  I described these numbers to a client on Friday who has $450,000 in future medical bills as “sort of” hard number. The best future numbers are a clear surgery that has been scheduled or must be had.  The toughest of these might be future pain medications.  Insurance companies — and occasionally juries — are sometimes loathe to give pain medication in the future, even for victims who truly need it.

Keep in mind these numbers hold in equal force even if insurance is expected to pay for these future bills.  Juries are not told that.

What Are General Damages?

Speaking of tricky to quantify: general damages. This type of damage award is comprised of the “intangibles,” if you will, of being the victim of someone else’s negligence. Although they are considered non-economic damages, they still flow directly from the defendant’s actions that caused injury. Take our example above: chances are, even though our victim’s injuries were minor, she experienced some physical pain in the crash. Maybe she also suffers mental anguish over the accident, preventing her from driving. These are all general or “non-economic” damages. These can also include compensation for physical impairment, disfigurement, loss of companionship (for family members in a wrongful death case), and loss of quality of life.

As you can see, it is difficult to value general damages, meaning juries are the ones responsible for living up to that task. Is pain and suffering worth $1 or $1,000,000?  At the end of the day, only the jury knows.

Unfortunately, many states have non-economic or general damage caps that limit the amount of general damages that a party can receive. For example, in Maryland, the most a plaintiff could receive in general damages in 2015 (generally) is $815,000. So even if the jury determined that they should receive $1,000,000,000 in non-economic damages, the judge would be forced to reduce that number to $815,000. Advocates of tort reform claim that these caps prevent verdicts from getting out of control, but critics note how they often prevent victims from getting the full amount of compensation that they deserve and were awarded by an impartial fact finder.