These Tylenol autism lawsuits were recently consolidated into a new class action MDL. Everyone understands this litigation has just started. But parents want to know what a successful class action Tylenol might look like.

Recent scientific studies have found that using Tylenol (or generic acetaminophen) during pregnancy disrupts fetal development and may increase the risk of having a baby with autism.

This new research has sparked a growing wave of product liability lawsuits by parents of children who were born with autism after acetaminophen use during pregnancy.

In this post, our lawyers estimate what the possible settlement amounts of a Tylenol autism lawsuit might be.

Tylenol During Pregnancy May Cause Autism

As anyone reading this knows, Tylenol is the iconic brand name for acetaminophen. Tylenol is the most popular and widely used drug in the U.S. Millions of adults take it regularly for the treatment of various aches and pains. Almost a quarter of the U.S. population report using Tylenol or acetaminophen on a weekly basis.

Tylenol has been around for over 50 years and is generally viewed as harmless medication. Despite its widespread use and reputation for safety, however, acetaminophen is actually somewhat of a mystery in the world of pharmacology. Exactly how the drug works to relieve pain, headaches and fever is not entirely understood. We just know that it works. 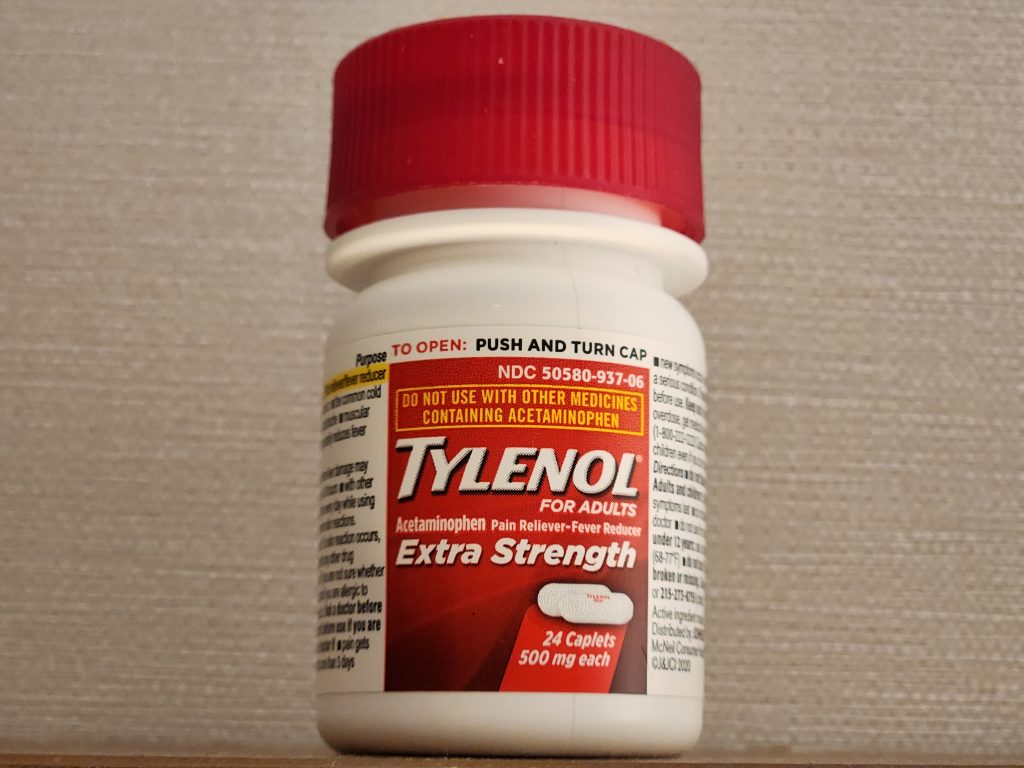 The blind belief in the safety Tylenol use during pregnancy effectively ended in September 2021 with the publication of new medical research article. A Consensus Statement in Nature Reviews Endocrinology was published by a coalition of 91 leading medical experts. The purpose of this article was to sound the alarm to the public and medical community that acetaminophen use during pregnancy can increase the risk of autism.

The article outlined large body of epidemiological research and animal testing consistently showing that prenatal exposure to acetaminophen can disrupt fetal development and increase the risk of neurodevelopmental disorders such as autism. The research cited in the article included 29 observational studies with over 220,000 mother-child pairs.

The Consensus Statement steadily began to change the general perception about the risks of Tylenol during pregnancy and alerted the public about the link between Tylenol and autism. This eventually led to a growing volume of Tylenol autism lawsuits filed by parents across the country.

These lawsuits are being filed by mothers who regularly used Tylenol or acetaminophen while they were pregnant and had babies who were later diagnosed with autism. The acetaminophen autism lawsuits began getting filed in large numbers in the Spring of 2021. Within a year, there were enough cases for the Judicial Panel on Multidistrict Litigation (JPML) to consolidate the federal court cases into a “class action” MDL (In re: Acetaminophen ASD/ADHD Prod. Liab. Lit., MDL No. 3043).

Nobody knows for certain what the potential value of Tylenol autism lawsuits might be at this point. These cases are relatively new and we don’t know whether the scientific evidence on causation will survive legal challenges to admissibility. There are a number of other variables and unknowns that make estimating the settlement value of acetaminophen autism cases comparable to predicting who will win the Super Bowl in 3 years.

If we make a number of assumptions about the success of these cases moving forward, however, we can offer a reasonable settlement valuation. Our lawyers estimate that a successful Tylenol lawsuit could have a settlement value range of $500,000 to $2,000,000. Certain cases with compelling facts or circumstances could have a much higher value.

What Will Impact the Settlement Amounts for Tylenol Autism Lawsuits?

At this stage, whether the Tylenol autism cases have any settlement value at all will depend largely on the outcome of the upcoming legal battle over the admissibility of the scientific evidence on causation. The Consensus Statement published in October 2021 lists a large number of studies establishing the connection between acetaminophen use during pregnancy and higher rates of autism. The defendants will challenge whether this evidence is admissible based on strict legal standards. The Tylenol autism cases will either sink or swim based on the outcome of this issue.

Assuming that the causation evidence is admissible, there will be 3 primary factors that will impact the settlement value of individual Tylenol autism lawsuits: (1) severity of the child’s autism, (2) level of acetaminophen use, and (3) the presence or absence of autism risk factors.

Autism, or autism spectrum disorder (ASD), is a condition that comes in a wide range of levels. Some people with autism or ASD are high functioning and require little care or assistance, while others with severe autism are not really able to function on their own at all. Children born with severe autism often require life-long care, which can dramatically increase the potential settlement value of a case.

Tylenol autism cases in which the child has severe autism could have a settlement value comparable to cases involving birth injuries such as cerebral palsy. These are very high-value cases because cerebral palsy can result in permanent disability and lifelong medical care requirements.

Tylenol cases involving severely autistic children should be at the highest end of the settlement value range, and even beyond it. Plaintiffs in these cases will be able to present life care plans which can dramatically increase the level of economic damages they can claim.

Extent of Tylenol Use

A mother who used very high doses of Tylenol (or generic acetaminophen products) on a frequent and regular basis throughout her pregnancy will have a much stronger case on causation compared to a mother who only used Tylenol occasionally or at lower doses during pregnancy. Stronger cases involving high-dose, high-frequency Tylenol use will have a much higher settlement value because it is much easier for a jury to make the connection between the Tylenol use and the autism. By contrast, juries will likely be skeptical of cases in which the mother used what would be considered normal levels of acetaminophen during pregnancy.

Another aspect of this will be the extent to which the mother can reliably prove the extent of her Tylenol use during pregnancy. In most cases, the extent to which Tylenol was used during pregnancy will be based entirely on the testimony of the mother (and possibly the father or other family members). If the mother has some additional documentary proof of her Tylenol use, it will make the case stronger. Examples of this would be notes in the mother’s medical charts about how much Tylenol she was using or receipts showing the frequent purchase of Tylenol during the pregnancy.

Lack of Other Autism Risk Factors

A third factor that could push up the potential settlement value of a Tylenol autism case is the absence of any risk factors that could have been alternative causes for the child’s autism. Risk factors for autism include both pregnancy complications and genetic predisposition.

For example, if the mother had pregnancy complications such as gestational diabetes or hypertension (preeclampsia), these are known to be risk factors for autism. If the child was born prematurely (before 26 weeks) or suffered oxygen deprivation during a difficult labor and delivery these would also be major risk factors for autism. Genetic history of autism in the family (e.g., mother, father or siblings diagnosed with ASD) or older parents (mother over 40, father over 45) are also associated with an increased risk of autism.

If the plaintiff in a Tylenol autism lawsuit has one or more of these autism risk factors, it would significantly weaken the case and drive down the potential settlement value. By contrast, the absence of any of these autism risk factors will strengthen the claim that the child’s autism was caused by Tylenol use during pregnancy and push the value of the case upward.

How to Get a Tylenol Autism Lawsuit Settlement

Our acetaminophen lawyers at Miller & Zois are reviewing Tylenol autism lawsuits on behalf familes who have a child that was diagnosed with autism or ADHD after significant prenatal exposure to either Tylenol or generic acetaminophen.

Call our Tylenol autism attorneys today at 800-553-8082 or get a no-obligation, free online consultation.