Not surprisingly, half of the vehicle accident cases in the study were either rear-end car crashes or intersection collisions. 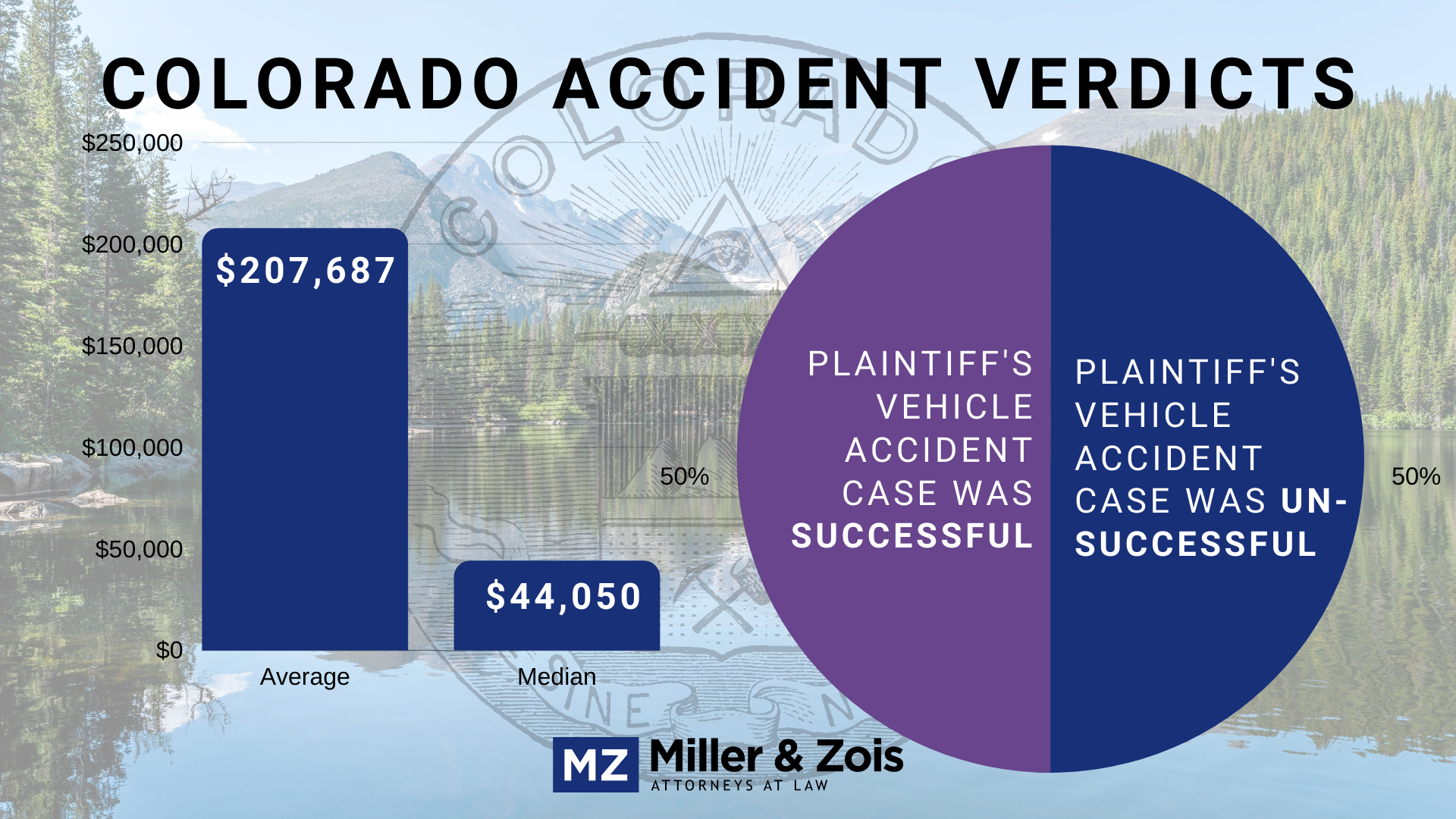 In a completely unrelated story, there was a $15 million verdict in favor of a truck driver in a slip and fall lawsuit against Wal-Mart in Colorado earlier this month.

Below are sample settlement amounts and jury payouts in personal injury accident lawsuits in Colorado.