Soft tissue cancer is considered a Tier III injury in Camp Lejeune cases.  This means there is some evidence indicating that it is connected to Camp Lejeune but there may be a battle in court as to whether there is sufficient causation evidence.

If you have a potential Camp Lejeune soft tissue cancer lawsuit, contact us today for fee case evaluation.

Camp Lejeune in North Carolina is a major Marine Corps facility that has been in operation since WWII. With housing and facilities to accommodate an on-base population of over 50,000, Lejeune is like a small town. Like most small towns, Camp Lejeune has its own water supply system. 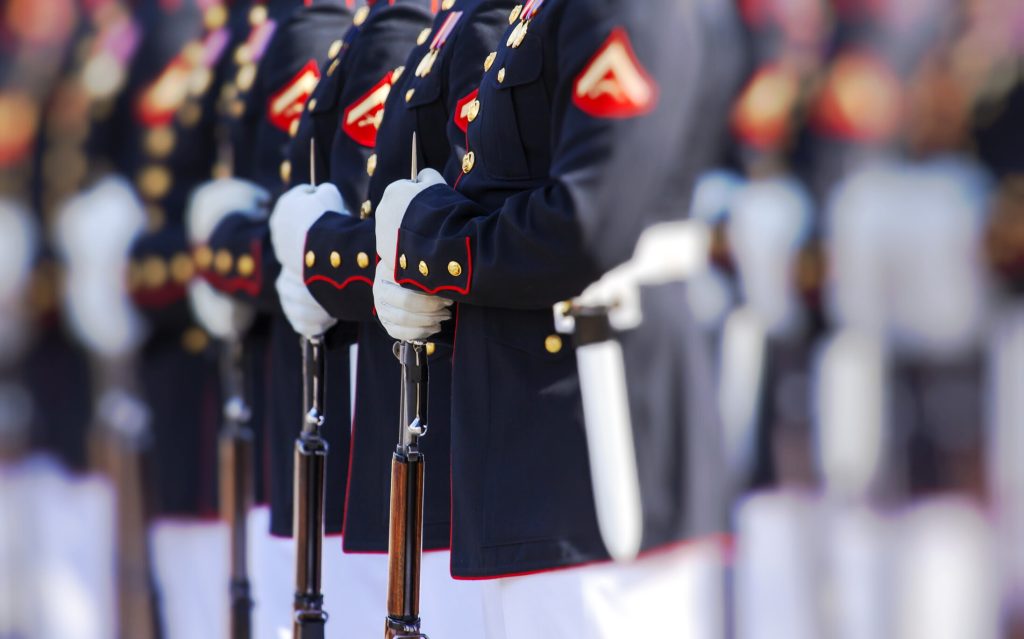 For about 34 years, the water supply at Camp Lejeune was contaminated with toxic chemicals known to cause cancer and a host of other health conditions. Thousands of veterans and civilians who resided at Camp Lejeune or worked there between the 1950s and the 1980s have contracted cancer and other serious diseases as a result of their exposure to the contaminated water.

Chemicals in the Water at Camp Lejeune

The harmful chemicals that were polluting the water at Camp Lejeune included tetrachloroethylene (also known as perchloroethylene or “PCE”), trichloroethylene (“TCE”), dichloroethylene, vinyl chloride, and benzene. All of these chemicals are known to be toxic to the human body and have been scientifically shown to cause cancer.

So how bad was the water at Lejeune? The level of contamination in the Camp Lejeune water was incredibly high. 5 parts per billion (ppb) is the maximum safe level for PCE and TCE in drinking water, as set by the EPA. The Camp Lejeune water contained these chemicals are several thousand times above this maximum limit. One particularly bad test in the early 1980s found that a well near the elementary school at Lejeune had TCE at 18,900 ppb.

Historical reconstruction modeling and extensive testing of the water supply and contamination at Camp Lejeune has been done by Agency for Toxic Substances and Disease Registry (ATSDR), which is part of the CDC. The ATSDR uncovered that toxic levels of chemicals were present in the Lejeune water system since the 1950s. The investigation ultimately concluded that the water contamination began in August 1953 and ended in December 1987.

Soft tissue cancer was not one of the specific cancer types that was listed as presumptively linked to the water at Camp Lejeune by the ATSDR or the Veteran’s Administration (VA).

This does not mean that soft tissue cancer has no connection to the Camp Lejeune water.  Some epidemiological evidence exists which shows that occupational exposure to the types of chemicals found in the water at Lejeune are associated with increased rates of soft tissue cancer.

The ATSDR studies were based on health surveys voluntarily provided by former residents and employees of Camp Lejeune. Surveys were sent out to a large group of former Lejeune residents and only a certain percentage of them were completed and returned.

Our attorneys have ranked soft tissue cancer as a Tier III injury in Camp Lejeune cases. Tier I injuries are those that have been tagged as “presumptively connected” to Camp Lejeune by the ATSDR and VA. Tier II injuries are those that have been named as presumptively connected to Lejeune by at least one of these agencies, or that are otherwise supported by strong epidemiological evidence with respect to occupational exposure.

Soft tissue cancer and other Tier III injuries include cancer types that have not been expressly connected to the Camp Lejeune water by any study, but there is still enough independent evidence to make a legal causation argument and bring a lawsuit. Camp Lejeune cases involving Tier III injuries will face an uphill battle, but there is still a real possibility that they will end up getting compensation.

Soft tissue cancer or soft tissue sarcoma is a rare type of cancer that originates in the tissue that connects the body structures such as muscle, fat, blood vessels, nerves, and tendons. There are over 50 different subtypes of soft tissue cancer.

Softer tissue cancer can potentially occur in any areas of the body. The most common points of origination for soft tissue cancer, however, are the arms, legs and abdominal areas.

Contact Us About a Camp Lejeune Soft Tissue Cancer Cases

If you lived or worked at Camp Lejeune between 1953 and 1987 and you (or a deceased relative) were later diagnosed with soft tissue cancer, call us today at 800-553-8082 to see if you have a case.  You can also get a free, no-obligation case review online.