Our attorneys are currently bringing ALS Camp Lejeune claims for victims in all 50 states.  Anyone who lived or worked at Camp Lejeune prior to 1988 and was subsequently diagnosed with amyotrophic lateral sclerosis (“ALS” or “Lou Gehrig’s disease”) may have a potential Camp Lejuene lawsuit.

What Happened at Camp Lejeune?

Camp Lejeune is Marine Corps training facility and one of the biggest military bases in the U.S. Camp Lejeune occupies over 150,000 acres on the North Carolina coast in the area north of Wilmington, NC. The base first opened in 1942 and has been in continuous use since that time.

Like many big military bases, Camp Lejeune is like its own small town. It features barracks, family housing, schools, playgrounds, hospitals, and all the other amenities of modern life. These features are designed to accommodate an on-base resident population of 54,000 plus civilian employees. Lejeune has been a home or workplace to millions of marines, family members, and civilians over the years.

Camp Lejeune operates its own independent water supply system for base residents and employees. The system pulls water from massive underground aquifers with large well pumps. This groundwater is then routed into a handful of treatment and distribution systems then provided to various parts of the base.

In the 1980s, new regulations required the Lejeune water to be tested for the first time. The results of this testing were shocking. The drinking water at Camp Lejeune was essentially poisoned with toxic industrial chemicals knowns as volatile organic compounds (VOCs).

What Toxic Chemicals Were in the Camp Lejeune Water?

Two harmful chemicals were in the Camp Lejeune water at dangerously high levels: perchloroethylene (PCE) and trichloroethylene (TCE). These types of chemicals are known as chlorinated solvents or organic solvents.

PCE is the chemical used by the dry-cleaning industry to remove dirt and grease from garments and fabrics. The PCE contamination in the Camp Lejeune water supply was ABC Cleaners, a dry cleaning business that operated next to the base for years. ABC  employees disposed of their used dry cleaning chemicals by just dumping them in the ground behind the store.

There is no agreed-upon mechanism by which perchloroethylene would cause ALS. But the data, as we discuss below, clearly points to an association between ALS and PCE.

TCE is a common metal clean and degreaser agent that is a known contaminant with a propensity to contaminate groundwater even with only small amounts and leaked into the ground near a well.  It was and still is used by the Marine Corps to clean and maintain military weapons, equipment and ordinance. In prior decades, however, TCE used at Lejeune was not disposed of properly which led to the contamination.

How Toxic Was the Camp Lejeune Water?

Yes, we can blame the dry cleaners for contaminating the water. But that was not the only problem. USMC itself likely contributed to the toxins. Lejeune had a hazardous waste dump but the Navy is alleged to have dumped chemicals liberally at the base. These wastes included more cleaning solvents, gasoline and oil, pesticides, and even mustard gas.

How Long Was the Camp Lejeune Water Contaminated?

The ATSDR performed advanced testing and historical modeling of the water at Camp Lejeune. Based on this data, it has been estimated that the contamination of the Lejeune water supply began in 1953 and ended in 1987.

Amyotrophic lateral sclerosis is a neurodegenerative disease involving the nerve cells in the brain and spinal cord. Nerve cells and pathways connect the brain to all of the muscles in the body. These nerves are like the communication network that the brain uses to trigger muscle movements through impulses.

ALS occurs when the motor control nerves and neurons that make up this communication network begin to progressively deteriorate. Individuals with ALS lose their strength and the ability to move their arms, legs, and body. When muscles in the diaphragm and chest wall fail, ALS sufferers lose the ability to breathe without ventilatory support.

So in ALS, both the upper motor neurons and the lower motor neurons degenerate or die, ceasing to send messages to muscles. Unable to function, the muscles gradually weaken, waste away, and twitch. Eventually, ALS destroys the brain’s ability to start and control voluntary movement.  This causes the cells in these nerve pathways to die and the brain loses its ability to control the voluntary movement of muscles connected to those nerves.

ALS is commonly known as Lou Gehrig’s disease after a famous baseball player for the New York Yankees developed ALS and brought the disease into the public spotlight in the 1930s.

The impact of the toxic water at Camp Lejeune on base residents and employees has been the subject of extensive scientific research and studies by various public health agencies. The effect of occupational exposure to the chlorinated solvents in the Camp Lejeune water has also been the focus of epidemiological studies.

The Camp Lejeune health studies and the independent epidemiological research on occupational exposure have found an unmistakable association connection between the toxic water at Camp Lejeune and ALS and other neurologic disorders.

The connection between adverse health consequences and Camp Lejuene became so obvious the government began to investigate.  In 2014, a key study was released by called “Reported Health Effects Linked with Trichloroethylene (TCE), Tetrachloroethylene (PCE), Benzene, and Vinyle Chloride (VC) Exposure. ”

This research addressed mortality among Marines exposed to the contaminated drinking water at Camp Lejeune.  The study compared Marines at Lejeune and Marines at Camp Pendleton in California Camp Lejeune between 1975 and 1985 and looked at the rate of premature death and incidence of certain diseases connected to water contamination.

This ATSDR Study found an increased mortality rate for Camp Lejeune Marines many conditions, including Lou Gehrig’s disease. Specifically, the study found a stunning 100% increase in the risk of developing ALS compared to the control group from Camp Pendleton. Similar associations were found for other neurologic diseases such as Parkinson’s disease.

The data compiled by the ATSDR on individuals and their level of exposure also showed a direct correlation between the level of exposure and ALS rates. Study participants with the most significant exposure to the Camp Lejeune water (i.e., those who lived or worked there the longest) displayed the highest rates of ALS.

In 1997,  a study was done of 174 cases of newly diagnosed ALS.  Researchers blindly assessed detailed lifetime job histories for exposures to solvents, metals, and agricultural chemicals. Specific solvent exposures associated with ALS were alcohol and ketones, benzene, toluene, and xylene, and cleaning solvents and degreasers.

What Camp Lejuene Settlement Amounts Do You Expect for ALS?

Our lawyers anticipate that successful Camp Lejeune lawsuits involving ALS could have an average settlement value in the range of $200,000 to $550,000. This settlement amount prediction is based on a number of factors. ALS is a very debilitating disease that can result in paralysis, which drives the value of these cases up.

Why is the expected settlement compensation not higher given how awful a disease ALS is?  The only reason our settlement payout estimate is not higher is because ALS is not one of the diseases that the Veteran’s Administration considered to be presumptively related to the Camp Lejeune water.

This means that the Navy JAG may offer lower per person settlement offers in ALS cases than they would in Lejeune lawsuits involving presumptive diseases. If our settlement estimates are making an incorrect assumption in this regard – because the science is clearly on our side – you can expect the individual average settlement payouts to be higher than our lawyers project here. 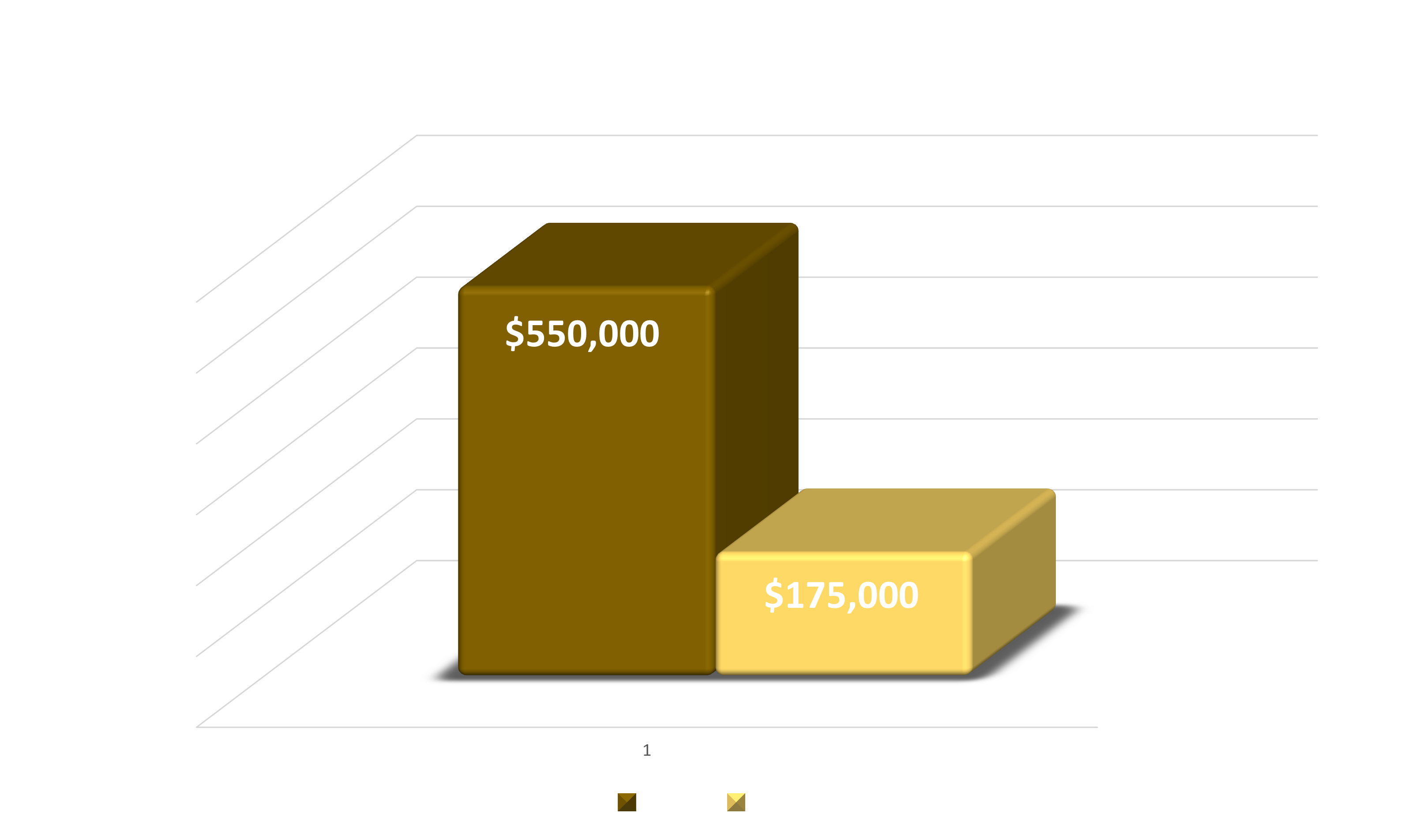 Who is Eligible to File a Camp Lejeune ALS Lawsuit?

Under a new federal law called the Camp Lejeune Justice Act (CLJA) anyone who worked or lived at Camp Lejeune for at least 1 month between 1953 and 1987 now has a 2-year window to file a civil lawsuit against the government for harm caused by the toxic water at Lejeune.

If you lived or worked at Camp Lejeune between 1953 and 1987 and you were later diagnosed with ALS (Lou Gehrig disease) from toxic water, call us today at 800-553-8082 to see if you have a contaminated water lawsuit.  You can also get a free, no-obligation case review online.