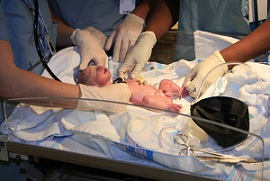 Britain’s National Screening Committee has recommended screening every newborn infant for four additional disorders. One of these is maple syrup urine disease, a rare disorder that impacts only about 1 in 185,000 children.  But here is a crazy fact.  This abnormality occurs with far greater frequency in the Old Order Mennonite population.  Who much more frequently?   These people have an incidence rate of around 1 in 380 newborns.  That is incredible, right?   There is also a high frequency in Ashkenazi Jews,  although the incidence rate is much lower, approximately 1 in 50,000 (but still an almost four-fold greater risk).

This genetic abnormality creates a real risk to the child by disrupting the normal function of amino acids inside the body which can prevent the body from digesting some forms of protein and processing certain amino acids.   These proteins can be toxic to the brain.  Symptoms range from mild, such as vomiting, to severity where the patient will have seizures and coma and, potentially, a brain injury. These symptoms can be turned around with a particular diet, generally, one that is low in protein.  This often means severe restrictions on meat, fish, eggs, dairy foods, whole grain flour, beans, and nuts. If untreated, the risk can go up to brain injury and death.

The most common type of this condition manifests itself in the first week of the baby’s life, usually shortly after the baby’s first ingestion of milk.   One big sign:  the baby’s urine will smell similar to maple syrup, thus the name.

There are misdiagnoses of maple syrup urine disease cases when doctors fail to identify this problem.  This condition can go from quite manageable to death quickly if not properly diagnosed. It is arguably tough trying to diagnose a disease that is this rare.  But that is probably the wrong way to frame the issue.   At some point, when doctors rule out everything but a metabolic disorder, there is an easy test out there that can help you rule in or out this problem and the symptoms are pretty easy to read.

Sometimes when treating and misdiagnosing this condition, doctors can go the wrong path by giving the infant IV protein before a metabolic disorder is ruled out.   This is tantamount to pouring gasoline on an open flame.

Circling back to the beginning of the article, the UK recommendation also includes screening for  Homocystinuria (HCU), Glutaric Aciduria type 1 (GA1), and Isovaleric Aciduria (IVA).  My thinking on this is not complicated.  If we can test for risk factors in children and the testing is non-invasive or harmful to them, why not do it?   It is an all too common trope to say that nothing is good enough for our babies and our military.   You always have to balance the risks and benefits.  But in this case, why not just perform the simple and relatively inexpensive tests that can save a child when they are at the most vulnerable time of their lives?