TriStar electric pressure cookers have a design flaw that sometimes allows the device to pressurize without the lid being locked. This defect causes the lid to explode off when opened and projects scalding hot liquids over anyone nearby.

Users have suffered severe burns and facial disfigurement as a result of the lid defect.  These injuries are awful to deal with and they did not have to happen.

Our firm is currently seeking new product liability cases from anyone who was seriously injured by a defective TriStar pressure cooker device. Users who suffered burns or other injuries from their TriStar instant pressure cooker may be entitled to financial compensation.

Tristar is a New Jersey company that makes consumer products such the Copper Chef Cookware, PowerFit, the Jack LaLanne Power Juicer, Contour (pillows), Genie Bra, and the pressure cookers at issue in these product defect lawsuits.

TriStar’s Power Pressure Cooker was patented in 2014 and is sold by major retailers such as WalMart and Target. It is one of the most popular and widely sold pressure cookers on the U.S. market.

The reviews for these pressure cookers are generally good.  But TriStar’s Power Pressure Cooker has become the subject of a growing number of pressure cooker explosion lawsuits alleging that users of the device suffered severe burns when the lid malfunctioned and ejected hot steam or liquids. 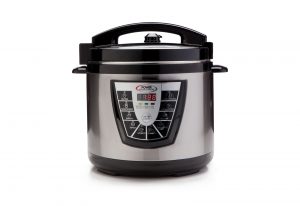 But TriStar’s Power Pressure Cooker appears to have a design flaw causing it to explode even when the user follows the instructions and even when the pressure seems to be correctly released.

The design defect in the TriStar pressure cookers involves the steam release valve and the safe lock system on the lid. These safety components are supposed to prevent the Power Pressure Cooker from pressurizing unless and until the lid is shut and securely locked. Unfortunately, both of these safety features have flawed designs causing them to malfunction on a regular basis and result in major injuries.

The most common type of injury caused by defective TriStar pressure cookers are burns. The liquid contents of the pressure cooker are usually at or well above boiling temperature. When this boiling liquid is ejected onto the skin it can cause 3rd and 2nd-degree burns.

Serious burns are by far the most frequent type of injury alleged in pressure cooker product liability lawsuits against TriStar. What makes the burn injuries in the pressure cooker cases particularly devastating is the fact that the burns often occur on the face and cause permanent disfigurement.

The average settlement compensation for burn injuries is very high and facial burns with disfigurement can be very high-value cases.

TriStar Knew About the Pressure Cooker Design Flaws and Did Nothing

TriStar was well aware of the problems with its Power Pressure Cooker and specifically the dangerous design flaws that could cause the ejection of boiling liquids. As early as 2015 (just 1 year after the release of the Power Pressure Cooker) TriStar began receiving a steady incoming stream of product incident reports involving its pressure cookers. The incident reports indicated a clear pattern of the lids exploding from the pressure cookers resulting in serious burns and other injuries. 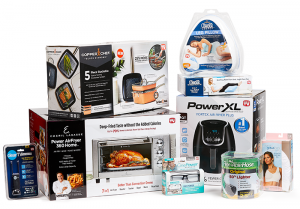 In response to these incident reports, TriStar began working with its Chinese manufacturing partner to make several design changes. TriStar did not recall or halt sales of its Power Pressure Cooker. TriStar also did not include any type of warning on its devices.

Our lawyers are looking at Tristar Power Cooker models PC-WAL1 and PC-TR16 and Power Pressure Cooker XL models, PPC-770-1, PPC-770, PPC-780, PPC-780P, PPC-790, and PCXL-PRO6.  There are allegations of burn injuries from these TriStar pressure cookers.

Product manufacturers such as TriStar have a legal duty to ensure that their products meet certain minimum safety standards. At its most basic level, this duty required TriStar to ensure that its pressure cookers were not exploding and burning users. TriStar clearly breached this legal obligation by selling a pressure cooker with design flaws that made it potentially dangerous.

If you suffered serious injuries as a direct result of a malfunctioning pressure cooker made by TriStar (or another manufacturer) you may be able to file a TriStar explosion lawsuit and obtain significant financial compensation.

If you think you have a valid claim for injuries caused by a defective TriStar pressure cooker, contact our pressure cooker lawyer at 800-553-8082 or get a free online consultation.  There is no fee or cost unless we get a recovery for you.