If you have a power of attorney from your elderly parent or relative that lives in a nursing home, does that mean you can be held liable for nursing home bills? The answer is no, but nursing homes may try to go after you anyway.

In this post, we will explain the basic law regarding power of attorney grants and liability for nursing home bills.

Who is Responsible for Nursing Home Bills?

Putting your elderly parent or loved one in a nursing home can be an emotionally draining experience. In addition to the guilt that often comes with this process, the cost of living in a nursing home or assisted living facility can be extremely high. The average annual cost of a nursing home facility in the U.S. is $105,850. This naturally leads to the question of whether you will potentially be liable for the bills. 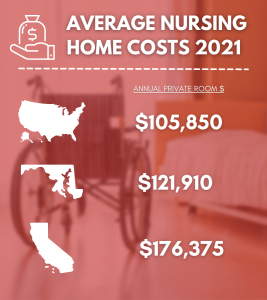 As a result of these regulations, adult children of nursing home residents generally cannot be held responsible for nursing home costs. There are, however, some limited exceptions to this.

This is exactly what happened in the 2015 case of Jewish Home Lifecare v. Ast, (NY Sup. Ct. 2015). In that case, a son signed a nursing home contract as the “responsible party” for his mother. The nursing home sued him for unpaid bills claiming that he fraudulently misappropriated the mother’s money and then failed to apply for Medicaid on her behalf.

About half of the states in the U.S. have filial responsibility laws. These laws essentially obligate adult children to provide certain necessities for their elderly parents such as medical care, food, and housing. These obligations only apply, however, when the elderly parent does not qualify for Medicaid.

Although filial responsibility laws exist in 30 states, they are very rarely enforced. The main reason for this lack of enforcement is that most elderly parents who can’t pay for their care themselves qualify for Medicaid and eventually receive it.

Is Power of Attorney Responsible for Nursing Home Bills?

It is important people understand this idea because the last thing we want is loved ones refusing to take over the power of attorney because they fear they will be personally liable for the medical bills.

The Estate Is Responsible for Nursing Home Bills

While power of attorney is not liable for nursing home bills, the decedent’s estate is.  So that is a creditor like any other.

What Is a Power of Attorney?

A power of attorney (“POA”) is the name of a legal document in which one person appoints and authorizes another person (or persons) to act on their behalf. The person(s) who is authorized to act is known as the “attorney-in-fact” and they take a fiduciary obligation to act in the interest of the other person. There are many different types of POAs, some give limited authorization for the attorney-in-fact to act whiles others give much broader authorization.

If you have a power of attorney from your elderly parent or friend, it is probably a general power of attorney that authorizes you to act on behalf of the elderly person in various legal and financial matters (e.g., sign contracts, open bank accounts, etc.).

As attorney-in-fact for an elderly resident, a nursing home can ask you to pay bills on behalf of the resident using the resident’s own money that you have control over. In fact, in your role as attorney-in-fact for the elderly resident you are probably obligated (in your role as power of attorney) to pay those bills from the resident’s funds and on their behalf. The nursing home cannot, however, demand or force you to assume direct personal responsibility for the bills and pay them out of your own pocket.

There are specific federal regulations that are prohibit nursing homes from holding third parties personally liable for bills. If you have a power of attorney for an elderly resident, all the nursing home can do is ask you to pay them with the resident’s own money:

Nursing home abuse and neglect is not limited to overly aggressive billing practices. If you have loved one who has been harmed by negligent or abusive care at a nursing home, contact our nursing home abuse lawyers today at 800-553-8082 or get a free online consultation.