If your baby was died or was seriously injured in an inclined sleep you may be able to file a product liability lawsuit and get financial compensation. Miller & Zois is currently accepting inclined sleeper cases from victims.

Dangers of Inclined Sleepers for Babies

Inclined infant sleepers are like the Rock n’ Play are essentially like sleeping bassinets or beds that hold infants up at an inclined angle rather than laying them flat. Inclined sleepers were once thought to help prevent reflux.

Recent medical research has shown, however, that inclined sleepers are dangerous for babies and can increase their chance of Sudden Infant Death Syndrome (SIDS) and Sudden Unexpected Infant Death (SUID). The reason for this is that the inclined angle tends to cause the baby’s head to slump forward and leave them in a “chin-to-chest” position while sleeping. This position contracts their airways leaving them more vulnerable things like SIDS and SUID.

The other hidden danger of inclined sleepers like the Rock n’ Play is that when a baby rolls or shifts positions in the sleeper, they often press their face into the padding on the sides of the sleeper. This has caused cases of suffocation and is particularly dangerous for newborns who are unable to move their heads.

This alarming rise in product incident reports prompted the CPSC in 2019 to launch a research investigation into the safety of inclined infant sleepers.

The CPSC study on inclined sleepers was done by an independent expert, Erin Mannen, PhD., from the University of Arkansas for Medical Sciences. Mannen and her research team tracked oxygen saturation and muscle movement levels for babies in inclined sleepers. This was then compared to similar data obtained from babies who sleep on flat surfaces.

The CPSC research found that inclined sleepers posed significant safety risks for infants. Inclined sleepers that positioned the baby at an angle of 10 degrees or more and which had plush surfaces created a much higher risk of injury compared to flat and firm surfaces.

The study found that inclined sleepers increased the risk of the following:

The Rock n’ Play was the primary focus of the 2019 CPSC research study on the potential dangers of inclined sleepers.

Immediately after the release of the CPSC findings on the hazards of inclined sleepers, Fisher-Price came under intense pressure to recall the product. On April 5, 2019, Fisher-Price and CPSC issued a joint public statement warning parents about the dangers of the Rock n’ Play:

According to medical literature, infants typically begin rollover behaviors at 3 months. The CPSC is aware of 10 infant deaths in the Rock ‘n Play that have occurred since 2015, after the infants rolled from their back to their stomach or side, while unrestrained. All 10 infants were 3 months or older. Because deaths continue to occur, CPSC is recommending consumers stop use of the product by three months of age, or as soon as an infant exhibits rollover capabilities.

[w]hen parents purchase a product for their baby or child, many assume that if it is being sold in a store, it must be safe to use. Tragically, that is not the case. There is convincing evidence that the Rock ‘n Play inclined sleeper puts infants’ lives at risk, and CPSC must step up and take immediate action to remove it from stores and prevent further tragedies.

On August 12, 2019, Fisher-Price announced a sweeping nationwide recall of all Rock n’ Play sleepers advising that “consumers should immediately stop using the product.” The recall notice from Fisher-Price stated that:

Since the 2009 product introduction, over 30 infant fatalities have occurred in Rock ‘n Play Sleepers, after the infants rolled over while unrestrained, or under other circumstances.

Recall of Other Inclined Sleeper Brands

Fisher-Price was not the only manufacturer to recall an inclined sleeper product following the 2019 research. Numerous other companies also decided to either recall or pull their inclined sleepers off the market. These additional recalled products include:

If your baby was seriously injured or died in an inclined infant sleeper such as the Fisher-Price Rock n’ Play, you can file a product liability lawsuit and get significant financial compensation. Even if the incident involving your baby occurred many years ago, you may still be able to file a lawsuit because the statute of limitations on your child’s legal claims does not begin to run until they turn 18 (in most states).

The inclined sleeper lawsuits allege that manufacturers such as Fisher-Price, Graco, and others, should have known or been aware that an inclined sleeping position posed a danger to infants. Since at least 2005, the American Academy of Pediatrics has recommended that infants be placed for sleep in a supine position—lying horizontally on their backs—on a firm crib mattress to reduce the chance of SIDS. Likewise, the National Institutes of Health, the CDC, and the federal Maternal Child Health Bureau all recommend that infants be put to bed on their backs on a firm, flat surface. 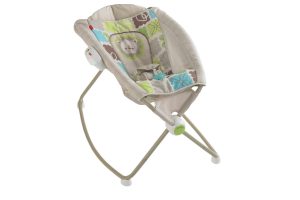 Fisher-Price and other manufacturers of inclined sleepers were negligent in failing to follow these safety warnings while marketing their products as safe. The Consumer Reports investigation of the Rock n’ Play found that Fisher-Price failed to adequately test the Rock n’ Play for safety before bringing it to market.  It never conducted a thorough medical analysis or commissioned independent third-party testing to establish whether it was safe for infants to sleep at an incline.

Fisher-Price and other inclined sleeper manufacturers are now being held legally accountable for this negligence.

Why were inclined infant sleepers recalled?

Millions of inclined infant sleepers such as the Fisher-Price Rock n’ Play and Graco Little Lounger were recalled in 2019 and 2020 after new research revealed that these sleepers increased the risk of serious injuries or death for infants from things such as SIDS and suffocation.

Why was the Rock n’ Play Sleeper Recalled?

Is it too late to file an inclined sleeper lawsuit?

The deadline to sue for an inclined sleeper lawsuit against Fisher-Price has likely not passed. In most states, the statute of limitations on product liability lawsuits does begin to run until a child turns 18 (unless it is a wrongful death case).

Contact Our Lawyer About an Inclined Infant Sleeper Lawsuit

If your child was injured or killed in an inclined baby sleeper (including the Fisher-Price Rock n’ Play) we can help you get the financial compensation you deserve. Call our national product liability lawyers today at 800-553-8082 for a free consultation to see if you qualify. You can also get a free case consultation online.