Pacemakers are small medical implant devices that emit electrical impulse signals that help maintain a normal heart rhythm for people with cardiac problems. Pacemakers are widely used to treat individuals who are at risk of heart failure because they help the heart distribute blood and oxygen throughout the body.

Normal transvenous pacemakers have small wire leads which attach the pacemaker to an implantable cardiac defibrillator (ICD). These wire leads usually run through a major artery directly into the heart. Once inside the heart, electrodes on the leads monitor heart rhythm so that the pacemaker can correct irregularities. 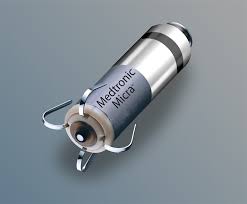 The Medtronic Micra pacemaker is part of a newer generation of pacemaker devices that are “leadless.” Leadless pacemakers were first approved for use in 2016 and have been very widely utilized since then. Their primary advantage is that they are small and do not have wire leads so no surgical pocket in the chest or wire connections is required.

Although the new leadless pacemakers were originally believed to be a safer, better alternative, the new warning from the FDA indicates that they may be putting patients at higher risk for certain dangerous complications.  Results from clinical studies indicate that leadless devices carry a higher risk of perforation, cardiac tamponade, or death, than traditional pacemakers.

Overall, the risk of cardiac perforation with leadless devices is rare, occurring in only 1% of implant patients. However, in the 1% of cases where the complication does arise it can be very dangerous. Cardiac perforation may lead to serious complications such as fluid build-up around the heart and emergency open surgical repair, all of which can be fatal.

Medtronic is currently working with the FDA to evaluate cases where a cardiac perforation event has occurred following the implantation of a Micra leadless pacemaker. The hope is that this review will identify contributing factors and potential mitigation measures. Medtronic will also be reviewing the product labeling and manual for the Micra to minimize the risk of cardiac perforation during implants.

The FDA is not advising doctors to stop using leadless pacemakers. Rather, doctors are asked to review the risks and benefits of available pacemaker options with patients and advise that cardiac perforation is a rare complication that may be higher with leadless pacemakers vs. traditional transvenous devices.

Other Problems at Medtronic

The recent warning about the Micra leadless pacemaker is the latest issue facing Medtronic over its cardiac implant medical devices. Back in June, Medtronic pulled its Heartware HDAV implant device off the market after numerous reports of pump restart failures in patients. This defect in the Heartware pump resulted in the death of over 3,000 implant patients before Medtronic announced the emergency recall.

Medtronic also had major problems with defects in its MiniMed Insulin Pump.  A defective retainer ring in the pumps can cause the vital insulin cartridge to become disconnected from the pump’s reservoir. This can quickly trigger hypoglycemia or hyperglycemia, causing very serious injuries or, in some cases, death.

If you have been injured by a defective pacemaker or other medical implants, contact our medical device lawyers today for a free consultation.