According to new evidence from NIH, using chemical hair relaxer can cause ovarian cancer.  The research suggests that the chemicals in hair relaxers and hair straightener products disrupt the endocrine system and increase the risk of ovarian and other hormone-related cancers. If you used a hair relaxer for many years and were later diagnosed with ovarian cancer, you may be able to file a hair relaxer lawsuit against the product manufacturers.

Our national product liability attorneys are now accepting potential new hair relaxer ovarian cancer cases. If you are interested in filing a hair relaxer lawsuit, contact our office today at 800-553-8082 or get a free online consultation.

About Hair Relaxers and Straighteners

Also known as “hair perm” or “straightener,” hair relaxer is a chemical cosmetic product used mostly by Black women to make their hair flat and straight. Women who use hair relaxers typically apply the product every 6-8 weeks either at home or in a salon. The product is applied to the hair roots and left to sit or “cook” while chemicals in the product attack the protein structure of the hair.

Hair relaxers use a strong mix of potent chemicals, including phthalates. Phthalates are a group of man-made chemicals originally developed for use in plastics and later incorporated into many cosmetics and personal care products. In lab animal studies, exposure to phthalates has been associated with the disruption of the endocrine system, which produces hormones such as estrogen.  When absorbed into the body phthalates can either mimic or block female hormones, or in males, suppress the hormones involved in male sexual development.

Approximately 1 out of every 100 women in the U.S. will develop ovarian cancer at some point during their lifetime. Ovarian cancer is comparatively dangerous. The 5-year survival rate for all types and stages of ovarian cancer is only 49%, which is far lower than other types of cancer. 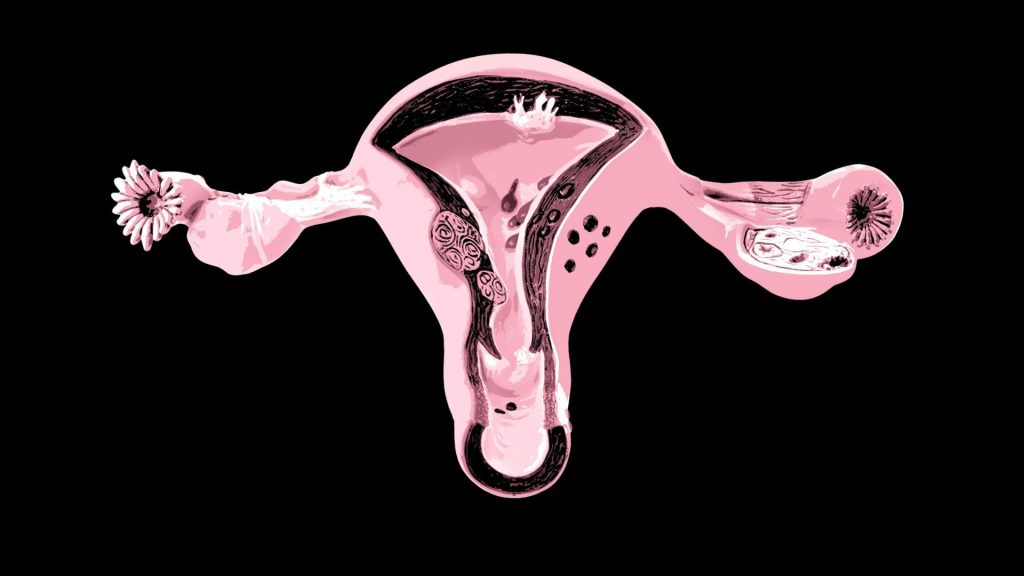 One of the big reasons for this low survival rate is that ovarian cancer is frequently not diagnosed until it reaches later stages.

A research team at the National Institutes of Health (NIH) has been conducting a major long-term study for more than a decade on the potential risk factors for female cancers. Called the “Sister Study,” it has now grown to over 33,000 participants.

As the Sister Study has progressed, the research team has made some significant findings. In 2021, some of these preliminary findings from the Sister Study were published in the journal Carcinogenesis.

This article discussed the part of the Sister Study research that assessed whether endocrine disruptive chemicals in hair relaxers can be absorbed into the bloodstream and cause ovarian cancer. The study results outlined in the article showed that the risk of ovarian cancer approximately doubled in women who reported frequent use of hair relaxer products. Frequent use was defined as more than 4 times per year. The article concluded that using hair relaxers frequently can increase ovarian cancer risk by 50%.

The study has some limitations because it was not structured to account for differences based on race or ethnicity, although among Black women the ovarian cancer hazard ratios were elevated for every use of hair relaxers or perms. Further, the researchers noted that “given the much higher prevalence of use of these products, the impact of these results is more relevant for African American/Black women.”

The emergence of new evidence connecting chemical hair relaxer products to ovarian cancer, uterine cancer, and other health conditions has prompted victims to file product liability lawsuits. Women across the country are filing hair relaxer lawsuits against the cosmetic companies that manufacture these products.

These lawsuits are being brought by women who used hair straighteners for many years and were diagnosed with ovarian cancer or other hormone-sensitive cancers such as uterine cancer. The defendants in these cases are cosmetic companies who develop, manufacture, and sell chemical hair relaxers. The biggest hair relaxer manufacturer is LÓreal. Loreal is the largest cosmetics company in the world. LÓreal owns the SoftSheen-Carson line of hair relaxers which includes popular brands such as Dark & Lovely and Optimum.

The hair relaxer product liability lawsuits in federal courts are going to be centralized into a new class action MDL. This means there will be a process of consolidated discovery, followed by bellwether test trials. Most class action MDLs end in a global settlement.

Settlement value estimates at this stage are purely speculative. The scientific evidence underlying the legal claims in these cases is new and has yet to be tested in court. For this reason, our value estimates are based on some very major assumptions about the future success of these cases.

Keep in mind, we are talking about putting an average settlement figure on a global settlement.  The trial payout for a successful ovarian cancer lawsuit will likely be millions of dollars.

Contact Us About Filing a Hair Relaxer Ovarian Cancer Lawsuit

Our firm is currently investigating product liability cases alleging that chemicals in hair perm and hair relaxer products caused ovarian cancer. If you used a chemical hair straightener and were later diagnosed with ovarian cancer, contact our office today for a free consultation at 800-553-8082 or get a free online consultation.