Significant or prolonged exposure to formaldehyde has been linked to a number of adverse health conditions and recent evidence has shown that it can increase the risk of cancer. In recent years, dangerously high levels of formaldehyde have been discovered in various consumer products which has prompted product liability lawsuits against companies like Lumber Liquidators and Johnson & Johnson. In this post, we will look at formaldehyde product liability lawsuits and their settlement value.

Formaldehyde poisoning is a disorder caused by chronic exposure and inhalation of formaldehyde fumes (usually with occupational exposure).  Formaldehyde is a colorless chemical. However, it produces a strong, suffocating smell. Formaldehyde is commonly found in household products and materials used to make cabinets, furniture, and walls. Many people become exposed to the chemical through tools and equipment cleaned with it.

Inhaling formaldehyde irritates the throat, sinuses, nose, and eyes. Even small formaldehyde concentrations may cause respiratory inflammation and harm the central nervous system. Exposure to high concentrations can be deadly. Long-term exposure may cause an increased risk of nasal and throat cancers.

Below are some of the most common adverse health effects and complications linked to formaldehyde exposure, poisoning, and toxicity: 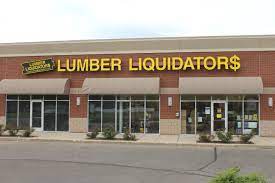 The successful consumer-class lawsuit against Lumber Liquidators over the presence of formaldehyde in its flooring has prompted similar lawsuits against manufacturers of other consumer products that have been found to contain dangerous formaldehyde levels.

On June 7, 2021, an Illinois woman filed suit against Johnson & Johnson in federal court. She alleged that its formaldehyde-containing hair care product line, OGX, caused scalp damage and baldness. She reviewed the products’ label information before buying them. Based on the information, the woman believed that the products were safe. She argued that she would not have bought them had she known that the labels were misleading. The lawsuit also mentioned that J&J failed to remove formaldehyde from OGX products, despite removing the chemical in other products. The woman claimed that J&J violated state consumer fraud and trade practice acts, committed fraud, and unjustly enriched themselves.

Below are summaries of previous verdicts and reported settlements in cases involving formaldehyde poising. Most of these cases involve actual personal injury claims as opposed to consumer fraud claims like those asserted in the Lumber Liquidators cases.