Our lawyers are accepting new Exactech recall lawsuits in all 50 states.  Below we discuss the litigation, provide the most recent August 2022 updates – including the latest Exactech recall – and what our lawyers believe the average per person Exactech settlement amounts will be.

The medical device company Exactech is one of the leading manufacturers of implant systems utilized in joint replacement surgeries.

Exactech recently launched a sweeping recall of all knee replacement implant systems manufactured after 2004 (Exactech Recall Letter). The implants are being recalled because it was discovered that a defect in the packaging caused a polyethylene insert component to degrade before use.

The degraded inserts caused the Exactech knee implants to prematurely fail (sometimes after only a few months) causing acute pain and requiring patients to have revision surgery to replace the implant.

Anyone who had knee replacement surgery with an Exactech implant system in the last 10 years may be entitled to pursue a product liability lawsuit and get financial compensation for pain and suffering, medical expenses, and lost income resulting from the failure of their implant.

Exactech lawyers have filed a motion with the JPML asking for the creation of a new Exactech class action lawsuit. All Exactech recall lawsuits in federal court will likely be consolidated into the MDL moving forward.  The court will hold a hearing on September 29, 2022 to hear the lawyers arguments on consolidation but it appears to already be a done deal with the parties agreeing that a class action is warranted.

In its response, Exactech also agreed with the plaintiffs that the Eastern District of New York would be the most appropriate venue for the MDL. Exactech’s consent effectively guarantees that the JPML will grant the request and form a new MDL for the Exactech recall cases.

So if you are in California, Texas, Illinois, or any other state, your case for pretrial discovery will be housed in New York.  If there is not an Exactech settlement at the end of the pretrial discovery (and likely a few trials), your case would then be remanded back to your home state for trial.

There are no guarantees in litigation.  But our Exactech lawyers believe that these lawsuits will very likely settle long before there is a trial.

The JPML motion lists 27 Exactech recall lawsuits pending in 11 federal districts. Exactech attorneys are seeking to have the MDL established in the Eastern District of New York. Exactech will almost certainly request the Northern District of Florida as the venue. Exactech is headquartered in Florida and has a brand name in northern Florida that it would hope has some sway with juries.

It has been less than a month since a motion was filed with the JPML asking for the Exactech recall lawsuits to be consolidated in a new MDL. At that time, 26 pending Exactech implant recall cases were pending in federal courts. Since then, another 9 lawsuits have been filed against Exactech over its recent implant recall, bringing the total number of pending Exactech cases in federal courts up to 36. This will certainly increase the likelihood that the JPML will grant the motion and create a new MDL for the Exactech recall cases.

In August 2022, Exactech was recently forced to expand the scope of the recall of its joint replacement implants. Exactech sent a new recall letter out to healthcare providers last week notifying them that the recall of hip and ankle implants initiated in February was not being expanded to cover an additional 40,000 implant components. The expanded recall covers acetabular hip liners in Exactech’s Connexion, Novation, and other brand implant systems.

This latest news comes just as the JPML is poised to create a new MDL Exactech class action lawsuit any day now. 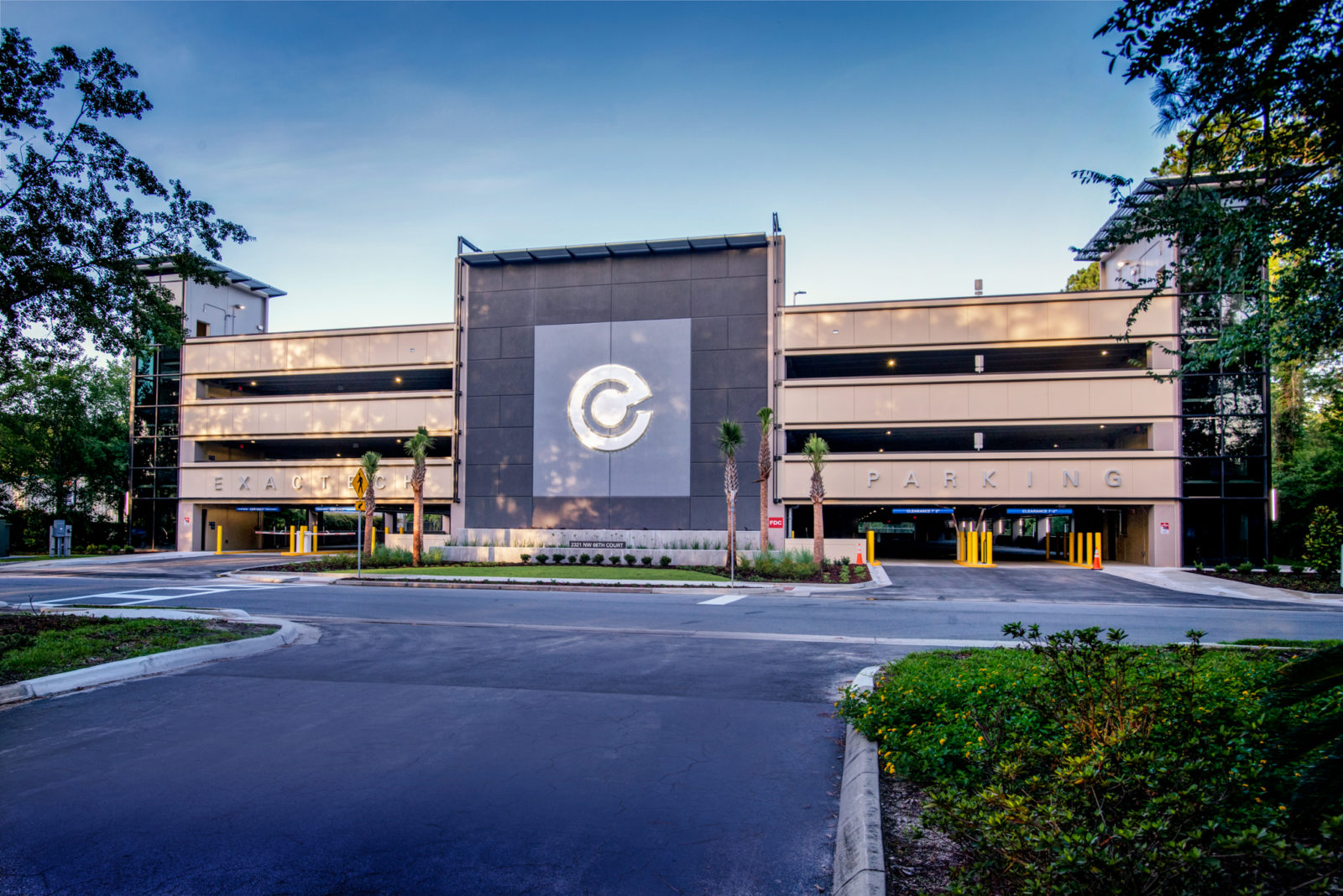 Exactech is headquartered in Gainesville, Florida, but it has international offices in 8 different countries, employing over 900 people worldwide. The company was originally founded in 1985 by a group of orthopedic doctors. Initially, the Exactech business was focused entirely on hip replacement implants, but in the mid-1990s they entered into the knee implant market. In 2017, Exactech began making ankle and foot replacement implants.

Optetrak® is Exactech’s proprietary knee replacement implant system. Optetrak was first launched in 1994 and it was Exactech’s initial entry into the knee replacement implant field.
Since 1994, Exactech has repeatedly obtained 510(k) FDA clearance for various Optetrak devices and tibial inserts including the Optetrak PS, Optetrak Hi-Flex PS, Optetrak Finned Tibial Tray, Optetrak Offset Tibial Tray, Optetrak RBK Tibial Insert, Optetrak RBK Tibial Tray, Optetrak CR Slope, and Optetrak Logic. These devices are used for knee replacement surgery, referred to as total knee arthroplasty (“TKA”). The primary indication for TKA is to relieve severe pain associated with arthritis and may also be used to correct knee trauma or minor knee deformities.
During a TKA procedure, the surgeon makes an incision over the knee and prepares the femur by removing any diseased bone and drilling a hole for the femoral component of the Optetrak implant. The Optetrak femoral implant is then fixed in place using surgical cement. Next, the surgeon performs the same preparation on the bone located at the bottom of the knee (the proximal tibia). The tibial tray of the Optetrak is then implanted using surgical cement.
Once both the femoral implant and tibial tray components of the Optetrak are in the plant, a third part of the system called the “tibial insert” is implanted. The tibial insert is made from polyethylene and is designed to absorb friction between the two parts during movement.

The Optetrak knee implant system was approved under the abbreviated 501(k) FDA clearance process, which means it was never subject to a full FDA review and approval. The Optetrak was successful in the decade following its initial release in 1994. More recently, however, the implant system has been plagued by abnormally high failure rates.
In 2012, an article published in the journal Orthopedics and Traumatology highlighted “poor results” displayed by the Optetrak knee replacement systems and suggested it was related to a design flaw. In 2016, the Australian Registry, a preeminent, internationally recognized orthopedic implant registry, identified the Optetrak as an implant with a higher-than-expected rate of revision. Specifically, the Optetrak was found to have the worst failure rates among all knee replacement implants at 5 years (6.6%), 7 years (7.9%), and 10 years (9.6%).
Exactech was aware of these abnormally high failure rates and they were getting a flood of incoming reports about implant failures from around the U.S. beginning in 2012. Reports in the Manufacturer and User Facility Device Experience (MAUDE) indicated instances of revision due to “loose tibial component”, “aseptic loosening”, “polyethylene wear”, “pain and visible loosening”, and “pain, limited mobility, knee swelling, and sensitivity” due to a “loose” joint. These early onset failure MAUDE reports are representative of the increased rate of incidents of which Defendants had become internally aware. There are currently so many complaints about the Optetrak devices in MAUDE that a search maxes out (at 500) and cannot show them all.
Reports of the excessively high failure rates of the Optetrak implants sparked many product lawsuits against Exactech by patients who experienced premature implant failures. These previous Optetrak implant lawsuits alleged that the high failure rate was evidence of general design defects, including the unique “finned” design feature of the original Optetrak system.
Exactech responded to this situation by pursuing a “silent” recall in which they gradually phased out the finned design without announcing anything. This alteration to the design of the Optetrak failed to decrease the alarmingly high failure rates, which is eventually what led Exactech to discover the problem with the defective vacuum-seal packing which was causing the polyethylene inserts to prematurely degrade and malfunction.

Medical device companies like Exactech have a legal duty to ensure that their products are safe and will not harm consumers when used for their intended purpose. This duty makes manufacturers strictly liable for hidden design flaws or manufacturing defects that end up harming users.
The Exactech recall amounts to an admission that the knee replacement implants had a manufacturing defect (the defective packaging) and, therefore, Exactech can be held liable for injuries and damages resulting from that product defect.
Anyone who had an Exactech knee replacement system implanted after 2004 may have a valid product liability lawsuit against Exactech if that implant subsequently failed to result in pain and revision surgery. Plaintiffs who bring a successful Exactech knee implant lawsuit would be able to recover damages for (a) pain & suffering; (b) medical expenses incurred in treatment and corrective revision surgery; (c) and any lost income or wages incurred as a result of the knee implant failure.

What should I do if my Exactech implant has been recalled?

If you have a recalled Exactech knee or ankle replacement implant you should make an appointment with your doctor to discuss your options. Removal or replacement of the recalled implant may be necessary at some point, but for now, Exactech is advising doctors to maintain an index of patients with recalled implants and closely monitor them for signs of potential insert failure.

How do I know if my implant has been recalled?

How do I know if my implant was made by Exactech?

Many patients who have joint replacement surgery have no idea what brand of implant system they have. If you had total knee replacement surgery but you don't know whether your implant was made by Exactech, you will need to ask your orthopedic doctor or request your medical records from the surgery to determine who manufactured your implant device.

As part of the recall, Exactech is inviting patients with recalled implants to submit "claims for reimbursement" and has hired a third-party administrator (Broadspire) to manage the claim process. Patients should be aware, however, that if they submit a claim for reimbursement to Exactech they will likely waive their right to file a product liability lawsuit against Exactech for the recalled implant. Patients who submit reimbursement claims to Exactech will get far less compensation than they would otherwise be entitled to if they brought an Exactech recall lawsuit in civil court.

What do you expect for Exactech recall lawsuit settlement amounts?

If you have an Exactech knee replacement system implanted, you may be entitled to financial compensation for any complications or problems related to the implant. Consult with an Exactech recall lawyer to find out what your legal options are.  Call 800-553-8082 today.