C.R. Bard is currently defending over 8,000 hernia mesh lawsuits consolidated in a “class action” MDL in Ohio. After years of discovery, the first bellwether test trial (a case hand-picked by the defense) resulted in a loss for the plaintiffs earlier this year. The second test trial, which promises to be much more favorable to the plaintiffs, is set for January.

In an effort to prevent the 2nd bellwether trial from going to a jury, the defense filed a motion for summary judgment in the case. Last week, the MDL judge denied the defendant’s motion which effectively ensures that the case will proceed to trial in 3 months. The outcome of the trial is expected to be very different from the first bellwether case and a big verdict could force C.R. Bard to start negotiating a global settlement of all cases.

C.R. Bard Inc. (“Bard”), a subsidiary of Beckton-Dickson, is a medical device manufacturer headquartered in New Jersey. Bard has been the leading maker of hernia mesh patches for the last 20 years. A hernia mesh patch is a small synthetic screen or mesh that surgeons use in hernia repair procedures to help reinforce surgically repaired muscle walls and tissue.

Back in the early 2000s, Bard was one of the first companies to come out with a new type of hernia mesh patch that was permanent rather than absorbable. Permanent medical implants must be “biologically inert” inside the human body. This is critically important so that the immune system will accept the mesh. The mesh also must be designed so that it does not form abnormal attachments to adjacent tissue or organs. Bard’s new line of permanent hernia mesh patches included the Bard® Mesh and the Ventralight ST Mesh.

These new mesh patches were made out of polypropylene (a special type of plastic). The polypropylene screening is then covered with a coating that is supposed to prevent the mesh from attaching to nearby organ tissue. Unfortunately, the design of Bard’s hernia mesh patches had defects that caused major complications and adverse health consequences for many patients.

To date, over 12,000 hernia mesh product liability lawsuits have been filed against Bard. These lawsuits allege that Bard’s polypropylene mesh products had design flaws that made them unsafe for certain patients and that Bard failed to warn about the risks of these defects. Back in 2017, the hernia mesh lawsuits against Bard were consolidated into a new MDL (In re: Davol, Inc./C.R. Bard, Inc., Polypropylene Hernia Mesh Products Liability Lit. – MDL-2846) in the Southern District of Ohio. 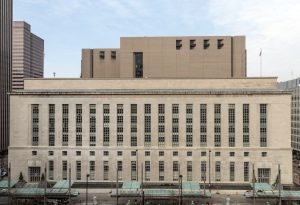 After a very long consolidated discovery phase that was delayed by the COVID-19 shutdowns, the Bard Hernia Mesh MDL is now in the bellwether trial phase. The first bellwether case (Johns v. C.R. Bard Inc., et al., 2:18-cv-01509) was a case hand-picked by the defense because the plaintiff’s claims were very weak. It went to trial last month and resulted in a defense verdict.

The second bellwether case (Milanesi, et al. v. C.R. Bard, et al., 2:18-cv-01320) was picked by the plaintiffs and should present much stronger claims. The trial, in this case, is set to begin in January and is being widely anticipated because a big verdict for the plaintiff could facilitate a global settlement of all remaining cases.

Over the summer, Bard’s defense team sought to prevent the Milanesi bellwether case from going to trial in January by filing a motion for summary judgment on all counts in the complaint. The plaintiff, Antonio Milanesi, had a Bard Ventralex Patch implanted in a hernia repair surgery in 2007. Once implanted, the mesh gradually formed an abnormal and dangerous attachment to Mr. Milanesi’s small bowel. This caused an internal infection and Mr. Milanesi had to undergo surgery in 2017 to have the hernia mesh and part of his bowel removed.

In August, Bard’s lawyers filed a motion seeking summary judgment on all 11 claims in the Milanesi complaint. The motion made a general argument that the plaintiff could not establish causation for any of its claims. It also went on to make specific arguments for each of the plaintiff’s individual tort claims (e.g., manufacturing defect, design defect, failure to warn, negligence, etc.).

The Judge’s denial of summary judgment on essentially all the plaintiff’s primary tort claims clears the way for this case to go to trial and be decided by a jury in January 2022. The outcome of this 2nd bellwether trial will have a major impact on the future of the Bard hernia mesh lawsuits. A big verdict for the plaintiff will help pressure Bard into negotiating a global settlement for all the remaining cases.

How much will Bard hernia patch lawsuits be worth?

Based on prior settlements in similar cases hernia patch lawsuits in the top settlement tier to be worth around $250,000 to $1 million. Cases in the top tier would include those in which the hernia mesh failure caused death or very serious injuries.  Here is a graph of our predicted settlement amounts for all hernia mesh cases.

What is the statute of limitations on a hernia patch lawsuit?

The statute of limitations on a defective hernia patch lawsuit can be from 2 to 4 years depending on the state. What is often more significant is when period begins to run. In some states it starts from the date of injury, while in others it starts on the date your “discover” that you may have a legal claim.

Is it too late to file a hernia patch lawsuit?

It is not too late to file a hernia patch lawsuit as long as the statue of limitations on your claim has not already passed.

What kind of compensation can you get for a hernia patch lawsuit?

Call our legal team at 800-553-8082 or get a free online consultation right now to find out if you have a hernia mesh claim.  If you are, let’s get your claim rolling before the statute of limitations passes.  Our attorneys are contingency fee lawyers. There is no cost or expense to you until we win money for you.