Ever since its acquisition of Monsanto for $63 billion back in 2016, Bayer AG has found itself defending an exhausting war of attrition against claims that its weed killer product, Roundup, caused thousands of users to get cancer. At first, Bayer was determined to defend the safety of Roundup in the courtroom. But the first handful of Roundup trials in 2018 and 2019 resulted in spectacular losses with 3 verdicts totaling almost $3 billion.

These crushing verdicts essentially forced Bayer to change its strategy and start the long process of settling out large blocks of pending Roundup cases. So far almost $10 billion has been paid out to resolve over 90,000 cases and last month, Bayer earmarked another $4.5 billion to cover future Roundup claims.

In the meantime, Bayer has also been pursuing appeals seeking to overturn the gigantic verdicts in the Roundup test cases. Earlier this week, however, a California appellate court thoroughly rejected the most significant of these appeals and accused Bayer of having no regard for consumer safety.

In many ways, the single event that essentially broke Bayer’s resolve and forced the company to abandon its Roundup defense strategy was the May 2019 jury verdict in Pilliod v. Monsanto. Alberta and Alva Pilliod are husband and wife. They were avid home gardeners and used Roundup on a regular basis for years in their backyard in California. They both developed non-Hodgkin lymphoma at basically the same time and in 2016 they filed one of the first Roundup cancer lawsuits against Monsanto.

After a month-long trial in which Bayer attempted to dispute evidence linking Roundup use to non-Hodgkin lymphoma, the California jury awarded the Pilliods a staggering $2 billion in punitive and compensatory damages. The trial court later reduced the award down to $87 million based on California’s limits on the amount of punitive damages, but the damage was already done at the point. News of the $2,000,000,000 verdict made headlines, caused Bayer’s stock price to plummet, and a month later the company announced its plans to negotiate settlements.

Bayer immediately filed an appeal in the Pilliod case seeking to have the jury’s verdict overturned or further reduced. Bayer’s primary argument in the appeal was that the Pilliods’ product liability claims were invalid because they were preempted by federal law. Attorneys for Bayer also argued that the trial judge should not have admitted certain evidence. 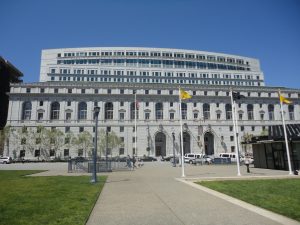 After rejecting Bayer’s arguments and denying the appeal, the court went out of its way to admonish the company for prioritizing profit over consumer safety:

Monsanto’s conduct evidenced reckless disregard of the health and safety of the multitude of unsuspecting consumers it kept in the dark. This was not an isolated incident; Monsanto’s conduct involved repeated actions over a period of many years motivated by the desire for sales and profit.

The appellate court also accused Bayer of distorting or discouraging meaningful scientific investigation into the link between Roundup and cancer. In the opinion, the court noted that the evidence at trial showed that the company “failed to conduct adequate studies on glyphosate and Roundup thus impeding, discouraging, or distorting scientific inquiry[.]”

Pilliod was the third Roundup “test case” to go to trial. The first 2 Roundup trials resulted in similarly damaging verdicts against Bayer in the amount of $289 million and $80 million. Even as Bayer scrambles to settle thousands of pending claims, however, a fourth Roundup trial began last week and is currently still going on.

The current trial is in the case of Stephens v. Monsanto in the Superior Court of California for San Bernardino County. The jury of 5 men and 7 women recently heard testimony from the plaintiff’s star expert witness Christopher Portier. Portier is a retired government scientist who has testified in all of the previous trials about the scientific evidence linking Roundup to cancer. Most experts are expecting this case to end in another sizeable verdict against Bayer.

Get Your Roundup Case Filed Today

Our firm continues to accept Roundup cancer lawsuits. Contact us today at 800-553-8082 to get your case filed.