Although Bayer has already settled 80% of the pending Roundup cases, the company could be facing thousands of future Roundup claims for years to come. After previous efforts to curtail future Roundup liability failed, Bayer’s only hope of avoiding another decade of Roundup settlements is winning a long-shot appeal to the U.S. Supreme Court.

The odds of Bayer winning this appeal are very small, but yesterday the Supreme Court gave Bayer a small ray of hope by asking the Biden administration to weigh in on whether to hear Bayer’s appeal. In response, Bayer immediately announced that it was halting any further settlements in the remaining Roundup cases.

Status of the Roundup Litigation

A little over 5 years ago the active ingredient in Roundup (glyphosate) was listed as a potential human carcinogen based on evidence that exposure to it could cause lymphoma. This eventually prompted over 100,000 Roundup lawsuits and claims by individuals who regularly used Roundup and subsequently developed lymphoma.

After a long discovery phase, the first Roundup bellwether test cases went to trial in 2018 and 2019 and the results were an absolute disaster for Bayer. The first Roundup test trials resulted in verdicts of $289 million and $80 million. These were followed by a third trial that ended with a massive verdict of $2 billion.

These results basically forced Bayer to start settling cases and over the next 2 years the company set aside a total of $16 billion with which it has agreed to settlements in some 98,000 pending cases and claims. Although this accounts for 80% of all pending Roundup claims, it still leaves some 25,000-30,000 Roundup lawsuits unresolved.

Initially, Bayer sought to address future claims liability by seeking court approval of a controversial global settlement proposal that would have frozen and possibly eliminated future Roundup claims. Ultimately, however, the MDL Judge rejected this proposal.

Now Bayer’s only remaining hope of blocking future Roundup claims rests on winning an appeal to the U.S. Supreme Court in the Hardeman case. Hardeman was the very first Roundup bellwether trial and it resulted in an $80,000,000 verdict (which was subsequently reduced down to $25,000,000 based on legal limits on damages).

Bayer has been fighting the Hardeman verdict on appeal based on a federal preemption argument. Bayer is basically arguing that all of the Roundup lawsuits (including Hardeman) should be legally blocked under the Federal Insecticide, Fungicide, and Rodenticide Act (FIFRA). 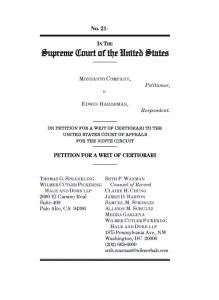 FIFRA prohibits states from enforcing labeling or packaging requirements on herbicides (like Roundup) when the state laws conflict with federal requirements. In Bates v. Dow Agrosciences LLC, 544 U.S. 431 (2005) the Supreme Court held that this provision in FIFRA allows product liability lawsuits for “failure-to-warn” under state law, but only if the state requirements are “generally equivalent” to those under FIFRA.

Bayer argues that the failure to warn claims in all of the Roundup lawsuits seek to impose state laws that are not “generally equivalent” to federal requirements and, therefore, these lawsuits are invalid under FIFRA. The basis for this argument is Bayer’s contention that in 2019 the Environmental Protection Agency ruled that a cancer warning should not be placed on Roundup or other glyphosate products because it would be false and misleading. In Bayer’s view, the Hardeman verdict is in conflict with the EPA ruling.

Bayer has previously made this preemption argument and it has been rejected by 2 different courts. First, the U.S. District Court for the Northern District of California rejected Bayer’s preemption argument in a pretrial motion in Hardeman (and other bellwether cases). After the Hardeman verdict, Bayer appealed and presented its argument to the U.S. Court of Appeals for the Ninth Circuit.

The Ninth Circuit rejected Bayer’s preemption argument and upheld the Hardeman verdict. The appeals court explained that the state law failure to warn claims imposed in Hardeman and other Roundup cases were essentially consistent with FIFRA and, therefore, preemption did not apply. As for the EPA’s instructions about a warning label on Roundup, the Ninth Circuit held that this decision did not have “the force of law” and could not be the basis of a preemption challenge.

After losing the appeal to the Ninth Circuit, Bayer filed a Petition for a Writ of Certiorari asking the Supreme Court to hear the case and overrule the decision upholding the Hardeman verdict. If Bayer were to somehow win this argument at the Supreme Court level, it would effectively end the Roundup litigation forever. However, the odds of Bayer succeeding in the appeal are small.

The Supreme Court has not yet even decided whether it will even hear Bayer’s appeal at all. On December 10, 2021, the court held a conference to consider which cert petitions would be granted for the upcoming session. Instead of granting or denying Bayer’s cert petition, the court asked the Solicitor General to file a brief expressing the views of the Biden administration on whether to hear the case.

This request can be interpreted in different ways. It could be viewed as an indication that the court is not inclined to hear Bayer’s appeal. After all, if the court really wanted to decide the case they could have simply granted Bayer’s cert petition and scheduled oral arguments. From this perspective, the request to the Solicitor General could be viewed as the Court’s way of making sure that there are no underlying issues that warrant hearing the case before it rejects Bayer’s petition.

The other way to interpret the court’s request, however, is that it is an indication that at least some of the justices on the court are inclined to agree with Bayer’s preemption argument. After all, if they were not persuaded by the arguments they could have simply denied Bayer’s cert petition. Not surprisingly, this is the way executives at Bayer are interpreting the court’s request.

Immediately after the Supreme Court requested a brief from the Solicitor General, Bayer issued a public statement saying it was halting all further Roundup settlements pending the outcome of the appeal. In the statement, a Bayer spokesperson said the company was “encouraged” by the court’s request for a brief from the Solicitor General and suggested that the appeal raises “strong legal arguments.”

The stock market responded very positively to this news. Bayer’s shares jumped up 3% in reaction to the announcement yesterday. Since acquiring Monsanto (the maker of Roundup) back in 2018, Bayer’s stock has dropped in value by 50%. 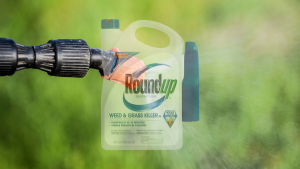 Notwithstanding Bayer’s joyous reaction to the Supreme Court’s request for a brief from the Solicitor General, Bayer’s chances of success on this appeal remain extremely low. If the court was inclined to agree with Bayer’s legal argument on preemption, they would have already granted the cert petition. The more reasonable interpretation of the court’s request is that the court is planning to reject the cert petition and wants to make sure that the Biden administration gets a chance to weigh in before doing so.

It seems reasonable to assume that the Biden administration is not going to publicly support Bayer in this case. Appearing to support a big chemical corporation at the expense of consumer health and safety would be very unpopular and the administration would gain nothing from it politically. The Supreme Court presumably knew this before they requested a brief from the Solicitor General, which further suggests that the request is really just for show.

Are Bayer’s Lawyers Secretly Hoping for a Loss?

You would also think Bayer’s lawyers would be secretly against winning this case.  Why?  If Bayer spend over $11 billion on cases that had a perfect defense, why wasn’t the issue raised more vigorously from the beginning?

Most Roundup victims are more likely to get burned missing the deadline to file a Roundup lawsuit because of the statute of limitations than from adverse Supreme Court ruling, at least in my opinion.  So if you have a potential Roundup lawsuit, call us today at 800-553-8082.  You can also get a  free online consultation.