The Cartiva toe implant is a synthetic cartilage device that is used for the treatment of arthritis in the big toe. New evidence suggests that these implants are defectively designed and prone to failures that can result in pain, further surgery, and other injuries. Cartiva toe implant lawsuits are now being filed by individuals who experienced a premature failure of their implant.

About the Cartiva Toe Implant

The Cartiva toe implant is a molded synthetic cartilage implant device made from a unique material called polyvinyl hydrogel. The Cartiva implant is made for use in the treatment of big toe arthritis, a condition which impacts over 2 million people in the U.S. Arthritis in the big toe gradually degrades the cartilage in the toe joint. This eventually causes the bones to grind against each other, which is extremely painful. 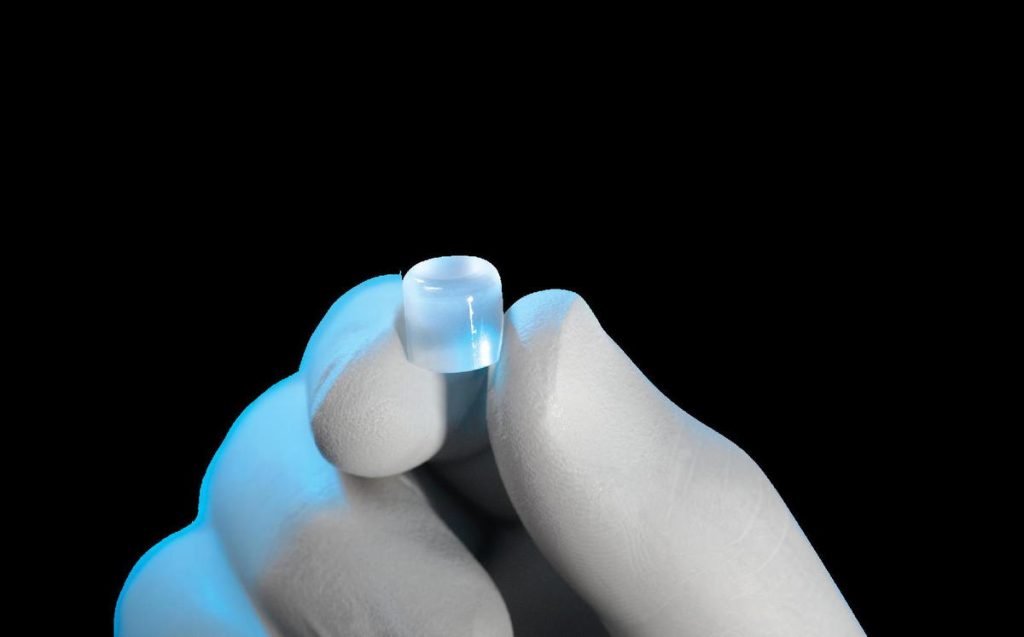 Until recently, the only real treatment option to alleviate the pain of advanced arthritis in the big toe was fusion surgery (arthrodesis).

This changed several years ago, however, with the development of the Cartiva implant. The Cartiva implant is very small and can be interested into the metatarsophalangeal joint in the toe. Once implanted, the Cartiva is supposed to essentially replace the degraded cartilage in the toe and alleviate the bone on bone rubbing.

Problems With the Cartiva Implant

The Cartiva toe implant has a very high rate of failure because the implant tends to shrink once implanted. The implant shrinkage causes the Cartiva implant to come loose and migrate from its implant site. When this occurs, it can cause nerve damage and debilitating pain. Patients eventually are forced to undergo additional surgery to have the Cartiva implant removed and the bones fused together.

In addition, problems with the Cartiva implant have resulted in infections, fracture of the implant, osteolysis, bone over-production, cysts, silastic granulomas, and other complications.

The reason for the high failure rate from shrinkage and migration of the Captiva appears to be related to the material that the implants are made from. The Cartiva implant is a polyvinyl membrane gel (PVA). The PVA material is designed to be biocompatible and mimics the properties of cartilage.

Unfortunately, in some patients, the PVA material appears to degrade very rapidly after implantation. The resulting shrinkage causes the implant to loosen and migrate.

The Manufacturer Failed to Disclose the Risks of the Cartiva Implant

The Cartiva toe implant is manufactured and sold by Stryker, an international medical device and healthcare product company based in Michigan. FDA approval for the Cartiva implant was obtained through the pre-market-approval process based on the grounds that the implant was “substantially equivalent” to the existing fusion surgery technique. This is a shortcut that evades full FDA review before approval.

Stryker has suppressed facts from the FDA and the public that the Cartiva implants have a very high failure rate due to shrinkage and implant migration. The initial FDA approval was obtained based on a single, very limited study that significantly understated the failure rate of the implants.

Subsequent studies have shown that the Cartiva has a much higher failure rate and presents numerous complication risks. This has prompted some health insurance companies to deem the Cartiva implant “experimental” and refuse coverage for it.

The warning label for the Captiva indicates that the implant has a 13.5% failure rate, but evidence suggests that the real rate of failure is much higher. A total of 144 adverse events involving the Captiva have been reported to the FDA since it was first approved. Almost all of these events involved migration of the implant due to shrinkage. There was also a post-market study which found that patients with the Cartiva implant reported failure rates as high as 64%.

Individuals who experienced a failure of their Cartiva toe implant are now bringing product liability lawsuits against the manufacturer. These Cartiva implant lawsuits allege that the implant was defectively designed due to the issues with the PVA material. They also allege that the manufacturer knew or should have known about the high failure rate and other problems with the Captiva, but failed to disclose these risks in the warning label.

A growing number of Cartiva implant lawsuits have already been filed across the country. Many more Cartiva lawsuits are expected to be filed as patients experience premature failures and complications. If a high volume of these cases get filed over the next few months, they could potentially be consolidated into a new class action MDL.

At least 5 Cartiva toe implant lawsuits have been filed in federal courts across the country over the last 6 months. The table below lists these Cartiva product liability lawsuits, each of which was filed in a different federal district court. Interestingly, 4 of the five cases were voluntarily dismissed in September, which suggests that they may have been settled out of court.

The Complaint filed in Peterson v. Cartiva, et al. (2:22-cv-685) in the U.S. District Court for the Eastern District of Wisconsin is typical of those filed in all of the other cases. It contains a long section detailing the development history of the Cartiva toe implant and the FDA short-track approval process.

Our firm is currently seeking Capitva implant cases from anyone who had the Captiva toe implant surgically installed and subsequently experienced a failure or other complications with the implant. Contact us at 800-553-8082 for a free consultation.