3M and one of its subsidiaries, Arizant Healthcare, are facing some heat over their Bair Hugger warming blanket. Lawsuits are starting to be filed, suggesting that the company knew that use of the Bair Hugger could expose surgical patients to the risk of infection. Patients who underwent surgery for hip or knee replacements are at the greatest risk of infection. 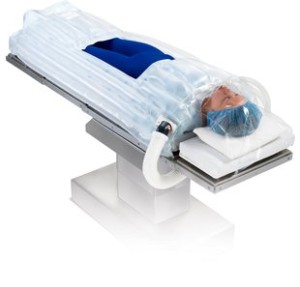 The Bair Hugger is a fairly interesting and ingenious device. When under anesthesia, the core body temperature drops a few degrees. While only a minor fluctuation, this drop in body temperature causes bleeding to increase in addition to longer recovery times. To address this, an anesthesiologist developed the Bair Hugger back in the 1980s. The device is a blanket of sorts that wraps around the patient on the operating table, blowing warm air to regulate their body temperature. As a result, a surgical patient’s core temperature can be maintained at exactly 98.6, ensuring minimal bleeding and recovery time.

The device is incredibly popular considering that it sees use in around 90% of all major surgeries. It is estimated that there are around 50,000 Bair Huggers in use around the country, meaning they are somewhat of a mainstay in the modern operating room.

Yes, the story behind the Bair Hugger is interesting.  It also outlines it one potential flaw. The company that manufactured the Bair Hugger was started back in the 1980s, but the anesthesiologist who is credited with creating the product jumped ship back in 2002 because of “creative differences” with the board of directors. A few years later, he creates the “Hot Dog,” which is essentially a new and improved Bair Hugger. In the mid-2000s he starts writing to his old company, claiming that the Bair Hugger (which he designed, mind you) is dangerous.

The risk? Apparently, the hot air produced from the Bair Hugger interferes with the filtered cool air in operating rooms. As we knew from 3rd-grade science class, heat rises. So when air escapes from the Bair Hugger, it collects below the operating table then rises to the top, taking any bacteria along for the ride. The inventor suggests that this bacteria-riddled warm air can then make its way into open wounds and incisions, causing infection.

When the architect brings all of this information out, 3M and its subsidiary company, Arizant Healthcare claims that the inventor is just trying to smear his old company. They also point to the timing of his allegation, suggesting that it probably has something to do with him introducing a competing product. They even sue him for slandering the name of his ex-product and ex-company. For the record, the medical products industry is not usually this dramatic. A few studies come out allegedly refuting the inventor’s claims, but 3M and Arizona simply cannot deny the fact that these side effects are happening.

Who Is At Risk?

Typically, those who underwent a joint surgical procedure, such as a knee or hip replacement, are at the greatest risk of developing a Bair Hugger-related infection. Lawsuits involving the Bair Hugger are so new at this stage that it is tough to tell who has a claim and who does not. However, if you underwent knee or hip surgery and developed an infection requiring treatment or additional surgery, you may have a claim.

Lawsuits against 3M and Arizant are likely to allege that the manufacturers had notice regarding the potential for infections when it came to their Bair Hugger product. They should have warned patients and medical providers about the risks, which is something that they simply neglected to do.

High hopes many had for the Bair Hugger lawsuits were dashed.  I am unaware of any law firm that is currently seeking these cases.