Our lawyers are handling Prilosec lawsuits in all 50 states.

There are now over 13,000 Nexium and Prilosec kidney damage lawsuits pending in the Proton Pump Inhibitor MDL. Recently, the MDL judge ordered that the first bellwether trial (a Nexium case) will take place in October, followed by 2 more bellwether trials through March 2023. The judge will hear oral arguments on the defendants’ motion to dismiss based on federal preemption on March 28. 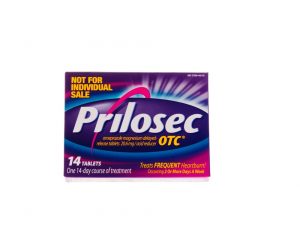 Made by AstraZeneca, Prilosec is the brand name for a generic drug, omeprazole, used in combating acid reflux by reducing the amount of acid produced in the stomach.

Prilosec was the first of a class of drugs known as proton pump inhibitors (“PPIs”), which are prescribed to treat chronic heartburn, acid reflux, and other gastrointestinal maladies. The reason Prilosec works is its active ingredient, omeprazole. Nexium, another drug that has been the subject of a great number of lawsuits, is a big competitor with Prilosec.  There is so much money in PPIs.  The manufacturers of these drugs have been in litigation with each other for a very long time, battling over patents and profits.

How popular is it?

Following its introduction in 1989. Prilosec rocketed to widespread popularity. In 2013, Prilosec sales were $358.8 million – making the drug the second-highest-selling over-the-counter digestive remedy. Prilosec belongs to a class of acid-reducing medicines on which the public spends over $14 billion a year.

The active ingredient in Prilosec, Omeprazole, is a racemic mixture containing S- and R-enantiomers. Enantiomers are molecules that have two Non-superimposable mirror image forms Racemic mixtures, such as omeprazole, contain equal proportions of the two enantiomers.

How could it hurt me?

Although it was not apparent at first, Prilosec may cause a wide range of serious side effects. Here are some conditions to which Prilosec may be linked:
· Kidney injury, disease, or even failure
· Cardiac disorders
· Heart attack
· Stroke
· Bone fractures
· Memory loss and dementia (possible 44% increase in risk according to one study)
· Birth defects

Were there proper warnings?

There were not proper warnings at first, the plaintiff’s allege. Marketers gave Prilosec and similar drugs the hard sell, touting their safety and effectiveness. But now that Prilosec has been around for more than a quarter-century, there has been time for researchers to start seeing some troubling patterns. In 2014, the Food and Drug Administration finally ordered new warnings on Prilosec and related drugs. The question is: Did the manufacturers already know their products could cause serious side effects – but do nothing about it?  Are the warnings sufficient now?

A lot of victims who have suffered from this drug come to the Internet looking for the settlement value of the Prilosec cases.  Regrettably, it is impossible to predict how this litigation will pan out. The bellwether trial in October 2022 will tell us a lot.

What should I do?

First and foremost, don’t take Prilosec  — or stop taking it — without asking your doctor. They should be able to alert you to conditions that might make the drug unsafe for you.

But it would be wise if you are taking Prilosec to ask your doctor about possible side-effects that may be emerging in your particular case. The longer you have been taking Prilosec, the more you need to take this step.

If you have been taking Prilosec, and if you have been developing one of the many possible side-effects, then it may be time to get legal advice. You may deserve compensation for the expenses, medical and otherwise, that a side-effect has caused. Lawsuits for this purpose are starting to emerge – related to kidney damage, fractures, memory loss, and other issues.