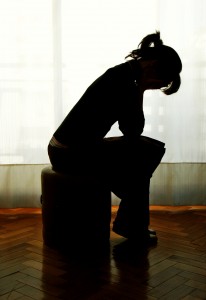 We’ve known for some time that Pradaxa has problems—this drug, intended to replace the time-tested blood thinner Warfarin (Coumadin), has been shown to cause internal bleeding and hemorrhaging. Unlike Warfarin, the bleeding cannot be quickly countered, which can cause death in serious cases. There were at least 260 deaths of people on Pradaxa between October 2010 and November 2011, which were confirmed by the drug’s manufacturer.

But when a drug is not properly tested and evaluated for safety before it comes on the market, you often see more than one problem with the drug. Now, new information has come out showing that patients with artificial heart valves are particularly at risk for Pradaxa injuries.

The warning comes from the FDA, which advises that a European clinical trial called RE-ALIGN was stopped mid-study because people with mechanical heart valves were more likely to experience strokes, blood clots and heart attacks, as compared to Warfarin users. The FDA is going so far as to require a labeling change warning doctors and patients that Pradaxa is contraindicated for patients with prosthetic heart valves.

Importantly, the FDA is not recommending Pradaxa use in patients with other types of heart valves called bioprosthetic valves. Those are made with natural biological tissue, but the effects of Pradaxa have not been specifically studied for those patients.

There are at least 138 Pradaxa lawsuits filed in federal courts across the United States. These are being consolidated in a type of Pradaxa class action known as multidistrict litigation (MDL).

If You Have a Case

For more information on potential claims, call 800-53-8082 or get a free on-line consultation.