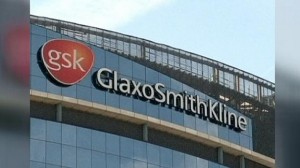 The concerns over the anti-seizure drug Potiga were given new weight by a new black box warning.  The problem is concerns of possible vision loss and blue discoloration of the skin that can be permanent.  The FDA says that anyone who considers this drug should get an eye examination both before initiating treatment and every six months during the course of the treatment.

Just as importantly, the FDA underscores the limits of this medication by essentially saying that this medication should only be used by those who have not done well with other options.  Why?  The risks of taking the drug are pretty high.  So it makes sense to make sure every other option has been fully explored with your doctor.  So this drug has its place, but only in those situations where Protiga’s benefits outweigh the risk.  Of course, this is true with every drug, but particularly so when the risks are what they are here.

One big question: why the delay in the black box warning.  There were over 100 published studies of the drug before clinical trials even began.  So who dropped the ball here?  GlaxoSmithKline who makes the drug?  The FDA?   Here’s the real answer: both.

Patients on the drug are in a tough spot.  They know of these new risks.  But, with reason, the FDA is telling patients that they should not stop taking Potiga on their own without talking to their medical providers.   Why not just quit immediately before seeing a doctor?   Stopping such treatment suddenly can cause serious problems too, including obviously the recurrence of seizures.

Protiga is a popular anti-seizure drug. It also is called retigabine or ezogabine. This anticonvulsant is a pretty new drug, approved by the FDA in 2010. By all accounts, it is a good drug for treating seizures, most notably in patients with epilepsy.  This medication is approved as adjunctive (added on to other treatments) therapy for partial-onset seizures in adult patients 18 years and older.

There are certainly serious problems with this drug.  It impacts the patient’s nervous system.   Most of these side effects were serious but could be kept under control with reasonable precautions.  These new side effects are a greater concern.  The changing pigment and vision loss could be permanent.  Really, no one knows yet.

What to Do If You Have Been Hurt?

We are investigating these cases.  We are not signing up new clients at this time.  Our investigation of these potential claims is ongoing.   Call us if you have any questions.  But, at this point, you really should be calling your doctor to deal with the immediate issue of what is the best course of treatment for you in light of this new information.