In this post, we will evaluate how much these sunscreen recall lawsuit settlement amounts (if they are successful) by comparing them to settlements in prior mass tort cases involving defective products and similar injuries.

Earlier this week, the FDA published new summer safety tips and guidelines which included a brand new warning that consumers should check their spray-on sunscreen inventory and discard any products that may contain benzene.

This new guidance from the FDA comes over a year after the discovery of high benzene levels in spray-on sunscreen led to massive recalls of popular brands such as Coppertone, Aveeno, Banana Boat, and others. Benzene is a human carcinogen and the recall has led to product liability lawsuits against the sunscreen manufacturers.

About the Sunscreen Recall Lawsuits

In May of this year, the consumer safety watchdog company Valisure made a shocking discovery when it performed quality testing on various consumer sun care products. In a public safety announcement, Valisure advised that it found lab testing found dangerously high levels of benzene in many very popular spray-on sunscreen products.

The presence of benzene in a product like sunscreen was very concerning because benzene is a well-known human carcinogen. Benzene is a byproduct of crude oil that is used in the manufacture of plastics. Benzene is highly carcinogenic. Studies have found that regular exposure to benzene for just 12 months is enough to cause leukemia. Exposure to benzene has also been linked to Non-Hodgkin’s lymphoma and other health conditions. 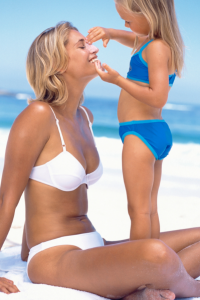 J&J recalled these products after their own testing confirmed Valisure’s claims that the products contained unsafe levels of benzene.

J&J’s sunscreen recall was promptly followed by a growing tide of sunscreen recall lawsuits. Initially, most of the sunscreen lawsuits have been “consumer class action” cases as opposed to traditional personal injury claims. Recently, however, a growing number of sunscreen lawsuits have been traditional product liability claims by plaintiffs alleging that they developed leukemia or other types of cancer from benzene exposure in sunscreen.

Sunscreen Lawsuits Will Likely End in a “Global Settlement”

We are still in the very earliest stages of the sunscreen recall litigation, but we can already anticipate that these cases will follow a similar path as other mass tort product liability lawsuits. The sunscreen lawsuits in the federal courts will eventually be consolidated into a “class action” MDL (Multidistrict Litigation).

Once this occurs there will be a consolidated civil discovery phase that typically lasts 18-24 months. The focus of this discovery stage will be on the scientific evidence regarding the presence of benzene in the recalled sunscreen products and the evidence linking benzene to certain types of cancer.

Once the consolidated discovery stage is completed, a group of individual sunscreen cases will be selected for “bellwether trials.” Actual jury trials will be held in these cases and the outcome of the trials will help guide negotiations for the settlement of all the remaining cases. If the bellwether trials result in big verdicts for the plaintiffs, J&J may be forced to pay out a large sum of money to resolve the remaining claims. This is what is called a global or aggregate settlement.

What Will a Global Settlement in the Sunscreen Litigation Look Like?

Here is a basic summary of how global settlements usually work in mass torts like the sunscreen recall litigation. Let’s say Acme Co. is defending 5,000 lawsuits in an MDL by plaintiffs alleging that Acme’s widgets caused them to develop cancer. After 2 years of discovery, 5 bellwether trials are held. 1 of the bellwether trials results in a defense verdict, but the other 4 trials end in big verdicts for the plaintiffs (an average of $3.5 million).

After the 5th bellwether trial, Acme announces that it is ready to settle all of the remaining widget lawsuits.  Under the global settlement, Acme agrees to pay $500 million to settle the remaining 5,000 widget lawsuits. This would work out to $100,000 for each plaintiff if divided evenly. But the settlement agreement includes a tiered system in which each plaintiff is ranked according to the severity of their injuries (and other factors). Plaintiffs in the top tier get higher payouts while plaintiffs in the lower tiers get less.

This is an overly simplified example of what a global settlement in the sunscreen litigation should eventually look like. The one major variable is how much J&J (and co-defendants) will end up having to payout in the settlement. This will depend on several things, including: (1) how many sunscreen claims get filed and consolidated into the MDL, (2) how strong the scientific causation evidence is for the plaintiffs, and (3) the results of the initial bellwether trials. 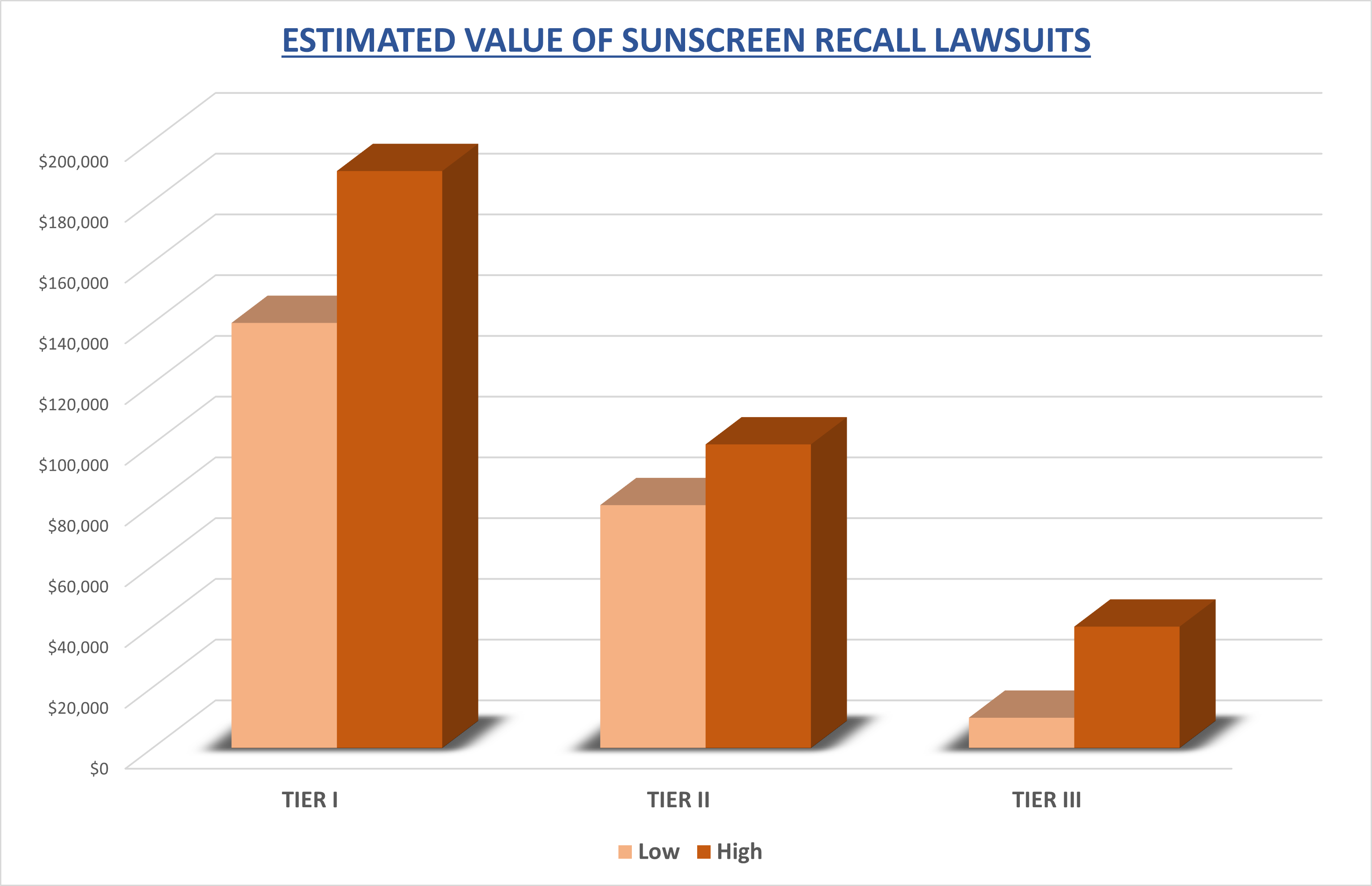 Find Out if You Qualify for a Sunscreen Recall Lawsuit

Find out if you may be able to file a sunscreen recall lawsuit and receive substantial financial compensation. Call our medical device lawyers today at 800-553-8082 to see if you have a case.