New evidence has established that exposure to the chemicals in hair relaxer or hair straightener products can cause uterine cancer and other conditions resulting in a hysterectomy. Lawsuits are now being filed against cosmetic companies that manufacture hair relaxers.  A hair relaxer class action lawsuit could come as early as this week.  Our lawyers are currently seeking hair relaxer hysterectomy cases.

This post will look at who might qualify to bring a hair relaxer hysterectomy lawsuit and the potential settlement value of these cases. 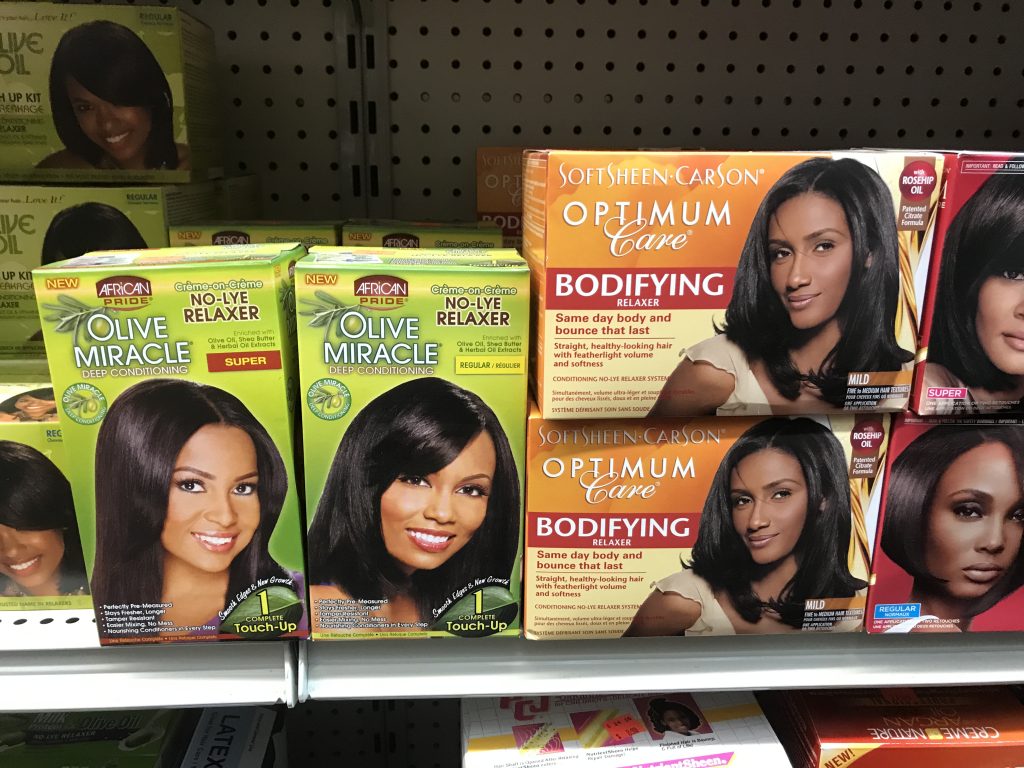 Hair relaxers are classified as creams or lotions, marketed explicitly to Black and Brown women to make their hair smoother, straighter, and easier to manage daily.

Hair relaxing or lanthionization can be performed by a professional cosmetologist in a salon, barbershop, or home with at-home relaxer kits designed for individual use.

These home kits are sold in grocery, drug, and beauty supply stores in urban and rural cities throughout the United States.

Relaxers are applied to the base of the hair shaft and left in place for a “cooking” interval. The relaxer alters the hair’s texture by purposefully damaging the hair’s natural protein structure.

The effect of this protein damage is that it straightens and smooths the hair. After a period of weeks (4 – 8 weeks on average), depending on the hair’s natural growth rate, the treated portion of the hair grows away from the scalp.

The Sister Study found that women reporting using hair-relaxing products were almost twice as likely to develop uterine cancer (after adjusting for other risk factors). Even more significantly, those women who reported using hair relaxers more than four times per year displayed a 150% increase in the risk of uterine cancer.

Similar evidence has also been developing to show that chemical hair relaxer use can increase the risk of developing uterine fibroids. This included a study published in 2012, which found that women who used relaxer products had a much higher risk of developing fibroids. A subsequent study in 2018 made similar findings.

What Is the Expected Settlement Payout for a Hair Relaxer Lawsuit Involving a Hysterectomy?

We put some thought into projecting these settlement payouts. But you need to understand future compensation predictions should be taken with a grain of salt. Mass tort outcomes are so hard to predict.  Many lawyers invested millions in a Zantac cancer class action in federal court that will likely amount to nothing.  Conversely, there has been litigation like Roundup where few lawyers initially believed in the case and they will likely settle for over $15 billion when all is said and done.

Below are summaries of reported settlements and jury verdicts from prior tort cases in which the plaintiff’s primary injury was a hysterectomy.

What do these hysterectomy lawsuits tell us about the potential settlement payouts in these lawsuits?  They tell us that if juries believe negligence caused this kind of injury, they are inclined to award a payout that will make the defendant wish it had settled the case.

Contact Us About Filing a Hair Relaxer Hysterectomy Lawsuit

Our firm is investigating product liability cases alleging that chemicals in hair perm and hair relaxer products caused uterine cancer or uterine fibroids resulting in a hysterectomy. If you used chemical ha air straightener and were later diagnosed with uterine cancer, contact our office today for a free consultation at 800-553-8082 or get a free online consultation.