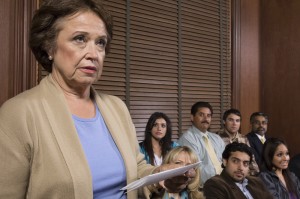 Juries have not been impressed with Johnson & Johnson’s Arguments

Out of nowhere, talcum powder ovarian cancer cases became the hottest mass tort case.  What happened and where are we now in these lawsuits?

The Product and the Big Question

For many decades, talcum powder has enjoyed great success as a consumer product. While young mothers often eagerly sprinkle it on their infants during diaper changes to help absorb wetness and prevent diaper rash, other women used the powdery substance as a regular part of their feminine hygiene practices.

Also, both male and female athletes routinely use talcum powder products to try to lower their chances of developing athlete’s foot and other fungal infections. Only limited complaints have been lodged for many years about the possibility that talcum powder could cause ovarian cancer. However, many women are now challenging their earlier beliefs about this product’s safety. In fact, the first successful lawsuit against talcum powder product giant, Johnson & Johnson, has now been filed and won.
The question — the big question in these J&J cases is the Nixon question: What did J&J know and when did they know it?  We started asking this question in an innocuous post seven years ago reporting on the North Dakota lawsuit.  Juries have had an opportunity to answer this question recently. The answer has been unequivocal: too much.

Exactly What is Talcum Powder?

The American Cancer Society website reports that talcum powder consists of silicon, magnesium, and oxygen. When these substances are bound together and used in products as a powder, it can help keep different body parts dry – helping them remain free of moisture that can lead to various infections.

Before it’s altered in any way, some talc can contain asbestos – a known cancer-causing substance. When asbestos is breathed in regularly, some people will develop lung cancer. For this reason, most homes and office buildings have had asbestos removed from all ceilings and other exposed areas during recent decades.

Many consumers still use talcum powder. However, recent litigation is now making them aware that routine use of the powder can may cause ovarian cancer.

How Many U. S. Women Now Suffer from Ovarian Cancer?

Every year, about 22,000 American women are diagnosed with ovarian cancer. As serious and significant as all of these cases are – they only account for a small fraction of the 1.7 million new cancer diagnoses expected annually.

The most common, proven causes of ovarian cancer are now thought to include: a woman’s age, her reproductive history; her weight; whether she has any family members who have ever been diagnosed with breast or ovarian cancer, and if she used estrogen following menopause.

Wanting to feel dry, clean, and odor-free, many women now report that they’ve been sprinkling various amounts of talcum powder on themselves in outer vaginal areas for years.  Some have sprinkled the powder on the surface of sanitary pads — while others just liberally applied it to their outer female genitalia while using tampons and other hygiene products.

However, more women are now wondering if there is a distinct link between the use of talcum powder and ovarian cancer. They now know that doctors have discovered and identified talc particles in some women’s ovarian tissues found to be cancerous.

How does talc powder reach that area? Just as women’s reproductive areas have long made it possible for male sperm to travel upwards and fertilize eggs in a woman’s uterus, talc powder appears also to be traveling upwards into those same areas.

Are There Many Conclusive Studies Supporting a Link Between Talcum Powder and Cancer?

The American Cancer Society and various researchers keep reporting that a very direct, causal relationship between using talcum powder and developing ovarian cancer is still trying to establish.  Johnson & Johnson points to 16 “case-control” studies suggesting that that talcum powder cannot be clearly shown to cause ovarian cancer.  Nevertheless, the discovery of talc in women’s cancerous ovarian tissues (already referenced above) is troubling.  But juries are looking at the science and using common sense. What they are telling us is that J&J, the ACS, and this literature is on the wrong side of history.

There’s an ongoing need for many more studies on the possible links between talcum powder and human ovarian cancer since so many of the past studies have just been lab-based.

However, today’s researchers and clinicians now speak of an apparent “increased risk” of developing ovarian cancer if a woman self-reports a long-term, high use of talcum powder in her vaginal area.

These verdicts have pushed the expected settlement value of these case through the roof.

As often occurs while lawsuits are being pursued, Johnson & Johnson keeps denying that it’s talcum powder products have played any role in these women’s cancer diagnoses and deaths. The company claims that “science” is on its side. Nevertheless, it’s likely to remain in court for many years to come since roughly 2,000 women have now filed similar lawsuits.

Getting a Talcum Powder Lawyer

If you’re currently suffering from ovarian cancer — and know that you’ve been using Johnson & Johnson talcum powder in your vaginal area for years — you should immediately contact our law firm so we can help you decide whether we need to file a lawsuit for damages on your behalf.  Like life, there are not guarantees in litigation.  But there is a very real possibility that these cases will resolve with extremely large settlements to victims and their families who will never see the insides of a courtroom. Why?  Because the history of these types of cases often end in a global settlement that resolves almost all of the pending lawsuits.